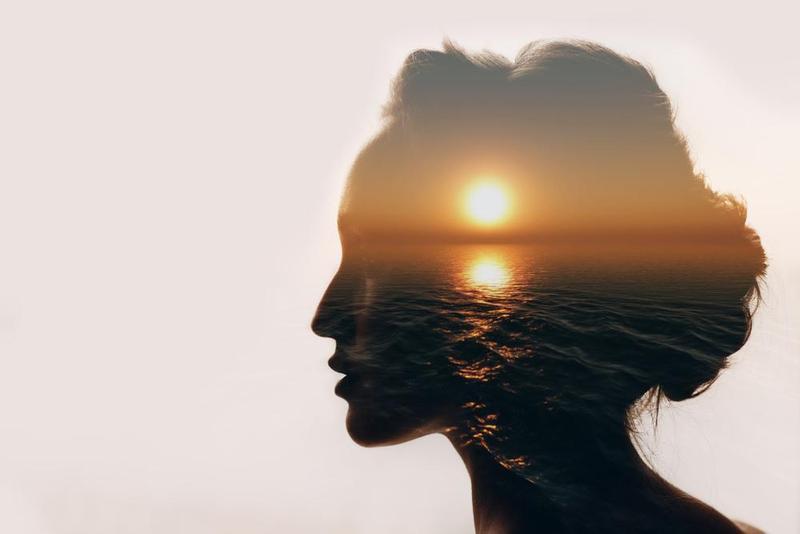 If you are suffering from depression, but would prefer to try something natural before going the traditional pharmaceutical route, here are some remedies that have stood up to rigorous testing.

Cognitive Behavioral Therapy seeks to help people change how they think about things. Unlike more traditional forms of therapy, it focuses on “here and now” problems and difficulties. Numerous clinical studies throughout the world have consistently demonstrated that cognitive behavioral therapy is as effective as antidepressant medication. Within 20 sessions of individual therapy, approximately 75 percent of patients experience a significant decrease in their symptoms.

St John’s wort (Hypericum perforatum) is commonly used for the treatment of depression. It is available in tablets, capsules and liquid form from supermarkets and health food shops. Research suggests that it exerts its antidepressant action by inhibiting the reuptake of the neurotransmitters serotonin, norepinephrine, and dopamine. Numerous double-blind, placebo-controlled studies have examined the effectiveness of St. John’s wort for the treatment of mild to moderate major depression, and most have found the herb more effective than a placebo. It can be at least as effective as paroxetine (Paxil) in the treatment of moderate to severe depression in the short term.

SAMe is an amino acid derivative that occurs naturally in all cells. It plays a role in many biological reactions by transferring its methyl group to DNA, proteins, phospholipids and biogenic amines. Several scientific studies indicate that SAMe may be useful in the treatment of depression.

For years, light therapy has been used to treat seasonal affective disorder, a type of depression caused by short winter days and extended darkness. A lack of exposure to sunlight is responsible for the secretion of the hormone melatonin, which can trigger a dispirited mood and a lethargic condition. Light therapy helps to regulate the body’s internal clock in the same way that sunlight does. Light therapy is an effective treatment for seasonal affective disorder, and it may reduce the symptoms of non-seasonal depression as well.

Researchers have found that regular exercise, and the increase in physical fitness that results, alters serotonin levels in the brain and leads to improved mood and feelings of wellbeing. Study after study has shown that exercise promotes mental health and reduces symptoms of depression. The antidepressant effect of regular physical exercise is comparable to potent antidepressants like Sertraline.

5-Hydroxytryptophan (5-HTP) and tryptophan are also natural alternatives to traditional antidepressants. When your body sets about manufacturing serotonin, it first makes 5-HTP. Taking 5-HTP as a supplement may raise serotonin levels. The evidence suggests 5-HTP and tryptophan are better than a placebo at alleviating depression.

One of the best-known benefits of massage therapy is its ability to enhance feelings of well-being. Massage produces chemical changes in the brain that result in a feeling of relaxation and calm. It also reduces levels of stress hormones. Massage therapy lowers levels of stress hormone cortisol by an average of 30 percent. Massage also increases serotonin and dopamine, neurotransmitters that help reduce depression.

Yoga is an ancient system of relaxation, exercise, and healing with origins in Indian philosophy. Practicing yoga can alter your brain chemistry. Some yoga positions are effective in stimulating the release of endorphins and reducing the level of stress hormone cortisol. Several human studies support the use of yoga for depression, and yoga postures have been specifically shown to increase levels of the neurotransmitter GABA, which may alleviate depression.

B vitamins play a role in the production of certain neurotransmitters, which are important in regulating mood and other brain functions. Folic acid deficiency has been noted among people with depression. Vitamin B6, or pyridoxine, is the cofactor for enzymes that convert L-tryptophan to serotonin, so vitamin B6 deficiency might result in depression. And there is some evidence that people with depression respond better to treatment if they have higher levels of vitamin B12.

Depression, or more accurately, unrepaired emotional short-circuiting, can absolutely devastate your health. In my estimation, it can cause far more profound negative health consequences than all the denatured food and toxins you expose yourself to. Unfortunately, about two-thirds of people with depression go undiagnosed. This is a sad testimony to the clinical astuteness of many physicians. Worse yet, few patients receive adequate treatment once diagnosed. “Adequate treatment” in a traditional model is a nearly universal synonym for drug therapy or ineffective cognitive counseling. It’s important to understand that these treatment methods do nothing to address your underlying problem. In many cases they will simply not work; in others, they may make your situation far worse.

If you are following the traditional paradigm you will most likely receive a prescription for antidepressants. Unfortunately, they simply don’t work any better than placebos, and there are many studies that clearly document this. It wouldn't be so bad if antidepressants were harmless sugar pills. As you likely know they aren’t and can actually cause many people to commit suicide and have a number of other side effects, like violent behavior.

Unfortunately, every year, 230 million prescriptions for antidepressants are filled, making them one of the most-prescribed drugs in the United States. Despite all of these prescription drugs being taken, more than one in 20 Americans are depressed, according to the most recent statistics from the Centers for Disease Control and Prevention (CDC). Of them, 80 percent say they have some level of functional impairment, and 27 percent say it is extremely difficult to do everyday tasks like work, getting things done at home or getting along with others because of their condition. So why are so many people feeling so low, even though antidepressants -- the supposed “cure” for depression -- are so widely available? Because antidepressants are barely effective -- in fact, previous studies have clearly shown that there is very little difference between most all antidepressants and a placebo – and they often come with many serious side effects, such as:

The Most Powerful “Drug” to Heal Depression

One medical investigator from the UK has even said she’s “not convinced there is such a thing as a drug that will specifically relieve depression, and that so-called antidepressants are merely drugs that do other things, such as sedating or stimulating people.” When you’re facing life’s “run-of-the-mill” ups and downs, remember that there’s nothing wrong with feeling blue now and again. That’s normal. In fact, accepting your feelings, whatever they may be, is one of the reasons why the Emotional Freedom Technique (EFT) works so well. However, if you have been feeling down for two weeks or more, and have lost interest in activities you once enjoyed, I’d encourage you to consider the following treatment options for healing depression, and not use potentially dangerous drugs as your first option.

Physical activity and exercise is one of the most powerful anti-depressants there is. Numerous studies show that
aerobic
exercise can improve your mood and is an antidote for mild depression and anxiety. Dr. James S. Gordon, a world-renowned expert in using mind-body medicine to heal depression, uses exercise extensively when treating depression. He says:

Physical exercise changes the level of serotonin in your brain. It changes, increases your levels of “feel good” hormones, the endorphins. And also, it can increase the number of cells in your brain, in the region of the brain called the hippocampus. These studies have been first done on animals, and it’s very important because sometimes in depression, there are fewer of those cells in the hippocampus, but you can actually change your brain with exercise. So it’s got to be part of everybody’s treatment, everybody’s plan.” Please, don’t delay starting an exercise routine. Many Americans don’t get enough exercise, but this problem is easily remedied if you view exercise as a crucial part of getting healthier and happier.

Other Key Factors to Overcoming Depression

Address your stress — Depression is a very serious condition, however it is not a “disease.” Rather, it’s a sign that your body and your life are out of balance. This is so important to remember, because as soon as you start to view depression as an “illness,” you think you need to take a drug to fix it. In reality, all you need to do is return the balance to your life, and one of the key ways to doing this is addressing stress. “Most of the research that I’ve been reading recently indicates that stress is the most important common factor in producing depression of all kinds and in turn affecting neurotransmitters.” Dr. Gordon says. The article above mentions a couple of options that may work for you, such as meditation or yoga. Sometimes all you need to do is get outside for a walk. But in addition to that, I also recommend using a system that can help you address emotional issues that you may not even be consciously aware of. For this, my favorite is Emotional Freedom Technique (EFT). However, if you have depression or serious stress, I believe it would be best to consult with a mental health professional who is also an EFT practitioner to guide you. Eat a healthy diet

— Another factor that cannot be overlooked is your diet. Foods have an immense impact on your mood and ability to cope and be happy, and eating whole foods as described in my nutrition plan will best support your mental health. Avoiding sugar and grains will help normalize your insulin and leptin levels, which is another powerful tool in addressing depression. Support optimal brain functioning with essential fats — I also strongly recommend supplementing your diet with a high-quality, animal-based omega-3 fat, like krill oil. This may be the single most important nutrient to battle depression. Get plenty of sunshine

– Making sure you’re getting enough sunlight exposure to have healthy vitamin D levels is also a crucial factor in treating depression or keeping it at bay. One previous study found that people with the lowest levels of vitamin D were 11 times more prone to be depressed than those who had normal levels. Vitamin D deficiency is actually more the norm than the exception, and has previously been implicated in both psychiatric and neurological disorders. These four primary things — exercising, addressing emotional stress, eating right, and getting regular sun exposure — will make you feel at the top of your game. Whether you want to overcome depression or just want to stay healthy, these are the lifestyle changes that will get you there.