What Is Holotropic Breathwork? 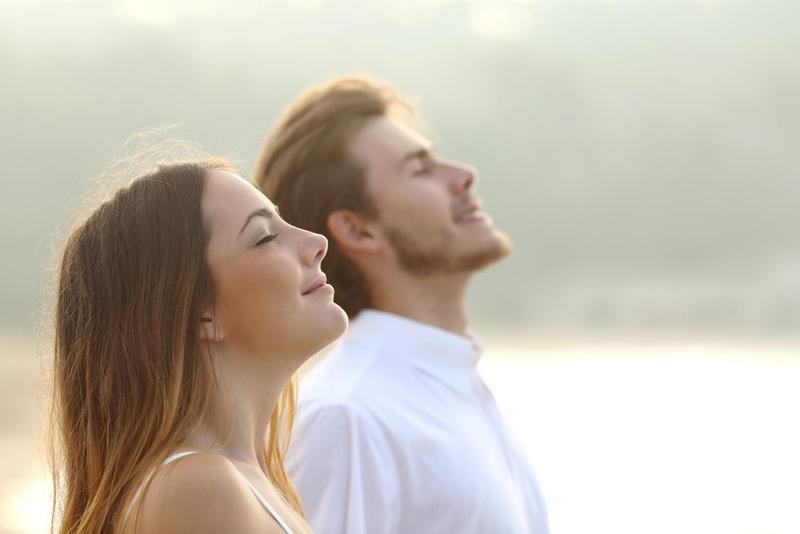 Holotropic Breathwork is a type of New Age practice that was developed by psychiatrists Stanislav and Christina Grof in the 1970s out of their interest in altered states of consciousness as a potential therapeutic tool.

Holotropic breathwork involves controlling one's breathing patterns to influence mental, emotional, and physical states. It is a practice that is derived from a spiritual framework, but it is also a trademarked activity. For instance, one can obtain a certification from the Grof Foundation after completion of a 600-hour training course.

Many countries utilize this technique as a spiritual practice rather than a therapeutic one. In this way, some people participate to expand their awareness instead of to overcome a problem of some sort. Its practitioners propose that this technique moves you forward to the "next part of the picture."

In other words, it shifts you into another state, perhaps when you have been stuck and unable to advance using other means. Often times, this may happen through some form of catharsis. However, the belief is that trauma will only come forward during a session if it is necessary for healing; and that this won't be known at the outset of the session. Rather, it can only unfold on its own as the session progresses.

Holotropic breathwork was developed by the Grofs after LSD became illegal in the late 1960s. Its developers, the Grofs, were trained in Freudian psychoanalytic therapy. Stanislav Grof is known as the co-founder of transpersonal psychology (along with Abraham Maslow). Grof began his work at the Psychiatric Research Institute in Prague and eventually moved to Johns Hopkins University in Baltimore. His work was conducted with patients experiencing psychiatric illness, cancer, and drug addiction.

The practice of holotropic breathwork involves using the breathing process to access altered states of consciousness. The purpose is to obtain enlightenment of some kind. From the Greek words "holos" (whole) and "trepein" (to move toward), the word "holotropic" translates to "moving toward wholeness."

During holotropic breathwork, participants breathe rapidly to induce an altered state from which it is believed that a deeper understanding of oneself can be derived. Some call this a more intense form of meditation.

The primary principle of this technique is that healing comes from within the person practicing the breathwork. It is thought that this premise also means that the participant comes away feeling personally empowered.

The basic premise is that each person has an inner radar that can determine the most important experience at a given moment, but that we cannot be aware of this experience until it happens.

From this perspective, the facilitator does not need to tell those who are practicing what to focus on. Instead, participants should figure out what emerges for them as they do the work. This will always be specific to the person at that particular time in their life.

How It Is Practiced

Holotropic breathwork is most often practiced in a group setting. It may also be offered in individual sessions or as part of a retreat. People are paired off in a group setting. There is one "breather" and one "sitter." The sitter only helps the breather if needed. Otherwise, this person ensures that the breather is safe and supported during the session. A facilitator guides the session. There is direction given to increase the speed and rhythm of their breathing. The breather is told to breath faster and deeper while keeping their eyes closed. A session might last from 2 to 3 hours in total. The breather will lie on a mat for the duration of a session. Repetitive music is played. This encourages the breather to enter an altered state of consciousness (similar to having a vivid dream). The music starts off with drumming, and eventually reaches a peak and switches to "heart music." From there it eventually changes to meditative music. The session is open-ended. This means that each person is able to derive their own meaning and attain self-discovery. Breathers can make any sounds and move in any way that they want.

Afterward, participants draw mandalas about their experience and discuss what happened. This could be the re-experiencing of past trauma, feelings of joy, or the development of spiritual awareness. Breathers and sitters swap roles for future sessions. There is not a certain pattern of change that must occur during a session. Participants are free to work on whatever comes up for them as they enter the altered state.

The act of hyperventilation may lead to an altered state of consciousness due to oxygen deprivation to the brain.

Proponents of this technique argue that this altered state allows individuals to access parts of the mind that are not usually accessible; this might include re-emerging memories of past events.

A common question: what does it feel like to participate in Holotropic breathwork? It might seem scary to breathe in this way, and you might worry about the effects that you will experience. Rather than calling it an altered state of consciousness, some prefer to refer to this as a "non-ordinary state of consciousness" to reflect that does not necessarily have the negative connotations of altered states.

In general, the concept of having a dream might be similar. Holotropic breathwork is an experience that is supposed to bring the person into a deeper dimension of the present moment and to see things in a more colorful way than reality might appear otherwise.

Research to support the therapeutic benefits of Holotropic breathwork for psychiatric conditions such as depression and anxiety is lacking. However, there is some evidence to suggest that it might be helpful for relaxation, stress relief, personal growth, or self-awareness.

It is recommended that Holotropic breathwork is undertaken alongside traditional therapy, rather than be used as a replacement for it. Spending time in a trusting environment, focusing on deeper life concerns, learning how to support other people, learning to trust in your ability to heal yourself, and learning compassion are all potential benefits.

There are some potential risks of participating in Holotropic breathwork. There is some concern that this technique causes distress in vulnerable individuals, such as those at risk for psychosis. In addition, there are significant medical risks of hyperventilation. The reduced carbon dioxide and other alterations in blood chemistry can lead to dizziness, fainting, weakness, spasms of the hands and feet, and even seizures.

Since the process of Holotropic breathwork is aimed at a "deep experience," it is possible that uncomfortable feelings will arise, also known as a "healing crisis." Indeed, this technique is controversial because it involves the possible amplification of symptoms in potentially problematic ways.

Who Should Not Practice

This technique can evoke intense physical and emotional changes. Therefore, there is a list of specific criteria that exists to advise against participation. For anyone, is a good idea to discuss possible risks with your healthcare provider before embarking on this alternative practice, especially if you have the following conditions:

Any condition that requires you to take medication

Given the associated risks and lack of research evidence, there is little to suggest that Holotropic breathwork is a viable alternative to traditional mental health treatments.

However, if used as part of a larger treatment program, it is possible that it may offer benefits to certain individuals. If you choose to participate in this technique, ensure that you are aware of the associated risks and individuals for whom the technique is not advised.