Home/Articles/The Paths or Branches of Yoga

The Paths or Branches of Yoga 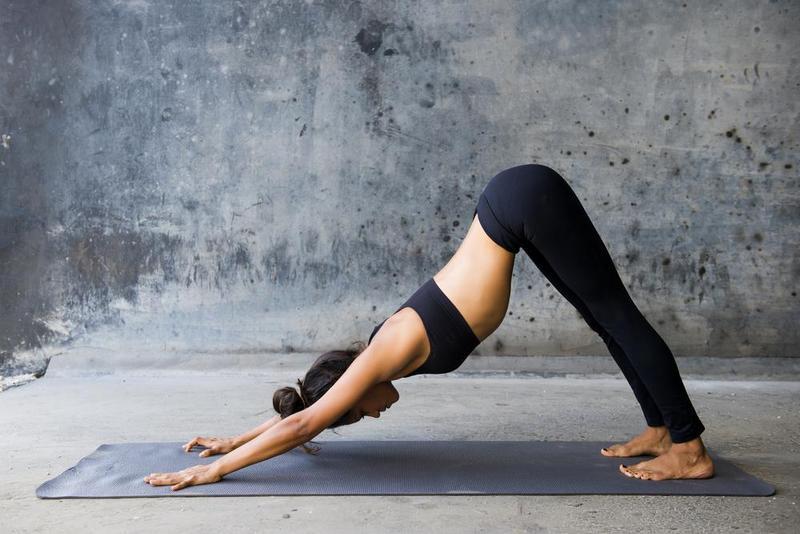 The term yoga stems from a Sanskrit word meaning yoke, union or join together. Yoga goes back about five thousand years originating in India. It was a process of building well-being on all aspects: physical, mental, emotional and spiritual. In essence, yoga is a way of combining the self with the Divine, Universal Spirit, or Cosmic Consciousness. There are various “Paths” of Yoga which include physical and mental exercises, rituals, and acts of service, each of which are designed to help reach this goal of enlightenment.

However, most specialists who have researched and studied the history of yoga claim that yoga is not a religion, but a way of living with health, peace of mind and a joyful union to all as its aims. In ancient times, yoga was often referred to as a tree, a living entity with roots, a trunk, branches, blossoms, and fruit. Depending on which book one studies, these branches have also been call paths, of which there are four. Whether it is the Hatha Yoga Pradipika, the Bhagavad Gita or Patanjali's Yoga Sutras the following six Paths are detailed. Hatha yoga is one of six paths or branches; the others include Raja Yoga, Karma Yoga, Bhakti Yoga, Jnana Yoga, and Tantra Yoga. Each path with its unique traits and function represents a particular approach to life. Some people may find one particular path more inviting than another, nonetheless the paths naturally overlap.

The word Hatha in Sanskrit is actually two words, “Ha”=Sun “tha”=Moon. “When the Sun and the Moon meet and rise as one.” Hatha Yoga is best known as a series of physical postures or asanas. They are created to tone, strengthen, and align the body. These asanas are done to make the spine supple and to promote blood flow to all the organs, glands, and tissues. The ultimate aim in keeping all of the bodily systems healthy, is to be able to spend extended periods of time in meditation. On the mental level, Hatha yoga uses breathing techniques (pranayama) and meditation (dyana) to calm, clear, and discipline the mind.

Raja means, royal, often called the “royal road.” It offers a comprehensive strategy for controlling the waves of thought by turning our mental and physical energy into spiritual energy. This path is primarily connected with Ashtanga, meaning “eight limbs.” Here we find an overlapping of paths, as many aspects of the other paths of yoga also adhere to the “eight limbs” as outlined by Patanjali in the Yoga Sutras. The Eight Limbs are a progressive series of steps or disciplines which purify the body and mind, ultimately leading the yogi to enlightenment. These 8 limbs are: Ethical standards- yama; Self-discipline- niyama; Posture- asana; Breath Control- pranayama; Withdrawal of Senses- pratyahara; Concentration- dharana; Meditation- dhyana; and Enlightenment or Liberation- samadhi. Raja yoga attracts individuals who are introspective and drawn to meditation. Members of religious orders and spiritual communities devote themselves to this branch of yoga. It is a contemplative lifestyle. However, you do not need to join and ashram or monastery to follow this path.

Karma Yoga is the Yoga of Action. Karma means action in Sanskrit. It purifies the heart by teaching you to act selflessly, without thought of gain or reward. Karma Yoga is the path of service, and none of us can escape this pathway. The essence of Karma yoga is based on the principle that what we experience today is created by our actions in the past. Being aware of this, all of our present efforts become a way to consciously make a future that frees us from being bound by negativity and selfishness. Karma is the path of self-transcending action. We practice karma yoga whenever we perform our work, live our lives in a selfless way and as an opportunity to serve others. It is the path chosen primarily by those of an outgoing nature. Volunteering to serve meals in a soup kitchen or signing up to work with Habitat for Humanity are prime examples of selfless service linked with the Karma yoga path.

The path of Devotion and Divine Love, the path of the heart. Bhakti in Sanskrit means to portion, to share. Bhakti yoga is the path of devotion, seeing the Divine in all of creation. Bhakti yoga is a positive way to channel the emotions. The path of Bhakti gives us an opportunity to cultivate acceptance and tolerance for everyone we come into contact with. Bhakti yogis express the devotional nature of their path in their every thought, word, and deed—whether they are cleaning a messy closet or calming the anger of a loved one. The Bhakti Yogi is motivated chiefly by the power of love and sees Spirit as the embodiment of love. Kirtans, chanting, singing mantras or other praises of the Divine are the essence of Bhakti Yoga. The music of Deva Premal and Krishna Das are forms of Bhakti Yoga. Anytime to you sing a chant or repeat a mantra in a Yoga practice you are also practicing Bhakti Yoga. Mahatma Gandhi and Martin Luther King, Jr., are prime examples of Bhakti yogis. The life and work of Mother Teresa epitomize the combination of the Karma and Bhakti yoga paths with devotional aspects of Bhakti and the selfless service of Karma yoga.

If we believe Bhakti to be the yoga of the heart, then Jnana yoga is the yoga of the mind, of wisdom, the path of the sage or scholar. Jnana in Sanskrit means knowledge. This path requires development of the intellect through the study of the scriptures and texts of the yogic tradition. The Jnana yoga approach is considered the most difficult and at the same time the most direct. It involves serious learning. The Jnana Yogi uses his mind to inquire into its own nature. For example, we perceive the space inside and outside a glass as different, just as we see ourselves as separate from Divine or from Universal Energy. Jnana Yoga leads one to explore and experience this union or unity directly by breaking the glass and dissolving the space of separation. While on your own path of yoga, if you have ever taken a yoga workshop in Yoga Philosophy or if you had an interest in learning more about yoga, this would be the path of Jnana Yoga. Because this is a challenging path before practicing Jnana Yoga, one needs to have integrated the lessons of the other yogic paths - for without strength of body and mind, selflessness, and love, the search for self-realization can become idle speculation.

Tantra in Sanskrit means, to weave. It's probably the most misunderstood or misinterpreted of all the paths of yoga. It is the pathway of ritual, which includes consecrated sexuality. The key word here is, consecrated, which means, to make sacred, to set apart as something holy or hallowed. In tantric practice, one experiences the Divine in everything, similar to Bhakti yoga. All things are “weaved” together. A reverential attitude is cultivated. It is a lifestyle of ritual. It is interesting to point out that, although tantra has become linked exclusively with sexual ritual, most tantric schools actually recommend a celibate lifestyle. In essence, tantra is the most esoteric of the six major branches. It will appeal to those yogis who enjoy ceremony. If you see—and are deeply moved by—the significance behind celebration and ritual (holidays, birthdays, anniversaries, and other rites of passage), you are practicing Tantra yoga. Yoga Nidra, also known as “Yogic Sleep” is a Tantric practice of deep conscious relaxation.

You might already be following one or several of these paths. For instance, you may be a Hatha yogi or Ashtangi by practicing the asanas with a teacher or by yourself. If you are a volunteer in your community, you are actively practicing Karma yoga. If you like singing in a choir or with a Kirtan group or even in your yoga classes and feeling a sense of compassion for everyone you meet, you are expressing your devotion as a Bhakti. Maybe you are deeply immersed in the study of yoga philosophy, or yoga teacher training, setting you on the path of Jnana yoga. If you love the rituals of yoga or other spiritual practices you are on a path of Tantric yoga. Know that you don't have to be limited to one expression. Trust that whichever avenue of yogic expression draws your interest, it will perhaps be the right yoga path for you.