Meditation Or Hypnotherapy? Find Out Which One is Better for You 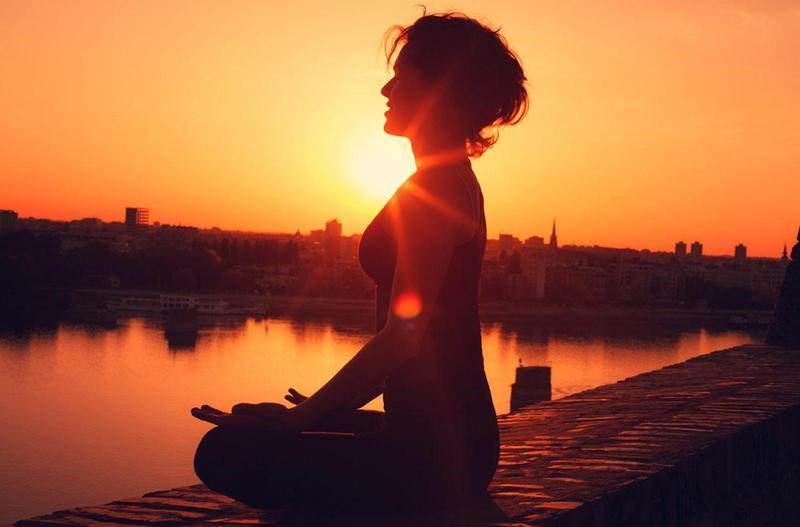 Tried meditation and didn't like it? Just not the type to commit to daily sessions for the rest of your life? You might be able to tap some of the same rewards with hypnosis.

Some people just don’t get meditation. The devotion, the time commitment: Meditation asks a fair amount of you—though the payoffs in stress relief and improved health make it worthwhile. But if you’re not the meditating type, don’t lose hope: Hypnosis may offer an alternative. This mental technique focuses on the subconscious mind and can produce results in just one session, while meditation is a life-long practice that allows results to happen in a more spontaneous way. Put simply, “meditation is deep relaxation and hypnosis is deep relaxation with added suggestion,” says Orlando, Florida-based hypnotist Richard Barker. Both practices treat a variety of conditions such as anxiety, stress, depression, chronic pain, and insomnia, but if you are looking for proven research, meditation has the upper hand. Numerous studies have shown that meditation has positive neurological effects. While hypnosis has a history that dates back to the 18th century—when German physician Franz Mesmer used hypnosis to treat patients in Vienna and Paris—it hasn’t been until recently that research has uncovered the areas of the brain affected by hypnosis. “Psychology has a curriculum but hypnosis is not yet regulated in the Unites States, mostly because we do not understand it,” says Barker. What is understood about hypnosis, however, are the results. Like meditation, hypnosis has been tapped by professional athletes to help with performance. Hypnosis is also used to eradicate certain phobias (such as fear of public speaking), to help people stop smoking, sleep better, and help those who are grieving. The number of sessions varies depending on the person, says Barker, but it usually takes just one. “Once I find the root cause of what’s making you do what you are doing, I can change the script,” he says. Another option for people trying to manage emotional issues that can’t be dealt with in one or two sessions is self-hypnosis, which shares many of the same characteristics as guided meditation.

Many of Mt. Vernon, Washington-based hypnotist Kelley Woods clients with long-term anxiety have tried meditation without success. She uses Neuro-Linguistic Programming (NLP), a process that identifies the way we have been “programmed” to think, act, and feel, and then changes the behavior through hypnosis. “In meditation the ultimate goal is to quiet the mind, in hypnosis, we use the ability of your thoughts to focus on what you would like to happen, and then we change the way you think about your challenges,” says Woods. If you want to give hypnosis a try, you can find a certified hypnotherapist through the National Guild of Hypnotists, a non-profit organization dedicated to advancing the practice. While treatment varies based on each individual’s condition, many conditions require just one session. A typical therapy session lasts about 90 minutes and can cost anywhere from $200 to $1,500.

A secret of hypnosis
Hypnosis is not anohter ‘sate of deep relaxation’. It can be relaxing (and this is often how we use it therapeutically), but really it's any state of mind that makes us:
More disassociated
More focussed
More suggestible.

When people are experiencing a horribly traumatic experience, they become infinitely more suggestible. I've worked with people who were so traumatized that, even years later, they still respond to environmental 'post-hypnotic suggestions' (just from a 30-second traumatic experience) which take them right back to the original trauma. For instance, a war-weary veteran whose heart pounds every time he hears a car backfiring, or a driver who feels anxious whenever she passes the corner where she had that accident. This is pure hypnotic phenomenon, but not relaxation at all.
And what's more, all emotions are, to a greater or lesser extent, hypnotic.

Emotional hypnosis
That's right — emotion is hypnotic. Ever been in lust? Love? A rage? Think about how focussed and suggestible (and disassociated) you become in these states. Anger is very hypnotic — it focusses our attention right down and makes us suggestible. And, of course, depression is a trance-like focus. All these states are hypnotic, which is why they are so amenable to hypnotic treatment. Anyone who can make you more emotional will also be making you more suggestible. When cults (or politicians) want to influence people's belief systems, they will try to raise the emotional pitch. And such charismatic people are naturally more hypnotic. Really, all therapists use hypnosis to some degree (even if they are ignorant of this). If a counsellor asks you to direct your attention to a recent break-up or the pain of your childhood, they are encouraging disassociation from the here and now (which can be a feature of hypnotic trance). And the state of flow, or being 'in the zone', is also very focussing and therefore shares similarities with relaxed therapeutic hypnosis. So my point is, hypnosis isn't 'just a state of relaxation' as you might read on a million hypnotherapists' advertising blurbs. It's actually much more interesting than that.

So what about meditation?
Just like hypnosis, meditation may have great benefits, but (I would suspect) it can also have drawbacks if used unwisely. I'm thinking here of the woman who meditated up to 12 hours a day and began to find she could no longer cope with some of life's practicalities. It's not always a question of 'more is better'; sometimes more is just more and may even be harmful. Taking a hundred painkillers is most certainly not better than taking one. Hypnosis, used purposefully, will generally have a very specific psychological (and therefore behavioural) aim. We hypnotize people to help them engage in the kinds of thoughts, feelings, and actions that will stop them being depressed or drinking heavily or being traumatized or phobic. We use hypnosis to help them switch off pain or maximize their motivation in sports. Meditation may have, as a 'by-product', the effect of making us calmer day-to-day, but it's not usually used to stop someone smoking or to treat a specific phobia. Likewise, clinical hypnosis, whilst wonderful for 'just relaxing', isn't generally used with the sole intention of helping someone achieve an 'empty' mind or objective 'mindfulness' - although we can certainly use hypnosis for this effect very well. So one difference between hypnosis and meditation is for what purpose they are used. Ultimately, asking what the difference is between hypnosis and meditation is a little like asking what the difference is between alcohol and wine. Meditation may be a very specific, specialized use of a type of hypnotic state, often as part of a wider 'spiritual system'. The most famous 'meditater' in history was, of course, Siddhārtha Gautama - otherwise known as the 'awakened one' or the Buddha. His followers believed he had attained enlightenment through meditation. However, the words 'meditation' and 'hypnosis' are much more recent inventions. One aspect of the Buddha's 'awakening' was a perception of the connectedness of all things beneath deceptive appearances.

'Meditation' and 'hypnosis' are just words and could sometimes mean exactly the same thing. Some hypnotic states could be more like quiet meditative states, and I'm sure some people who meditate experience profoundly hypnotic imagery sometimes. Hypnosis and meditation can both make you happier I have seen the judicious use of hypnosis change lives by helping people rid themselves of unwanted patterns of thought and emotional chaos. And there is also some research that regular meditation or self-hypnosis can make us happier. We use hypnosis to help people detach from destructive emotions and calmly begin to see wider and happier possibilities (such as feeling calmer around spiders!). One meditation technique, that of 'mindfulness', seeks the same result as the person meditating seeks to name his or her feelings whilst not disentangling themselves from them. In this way, meditation can help people. Hypnosis used therapeutically will often focus on helping someone relax around memories of the past or prepare to feel better and act differently in the future. Meditation, as I understand it, is often an attempt to be absolutely in the present. But again, people in hypnosis will often report feeling totally focussed in the now. So the question, "What is the difference between hypnosis and meditation?" is simple, but the answer is a little more in-depth. And now I am off to do a spot of self-hypnosis/meditation — or whatever.