Home/Articles/How to Increase Human Energy According to Tesla

How to Increase Human Energy According to Tesla 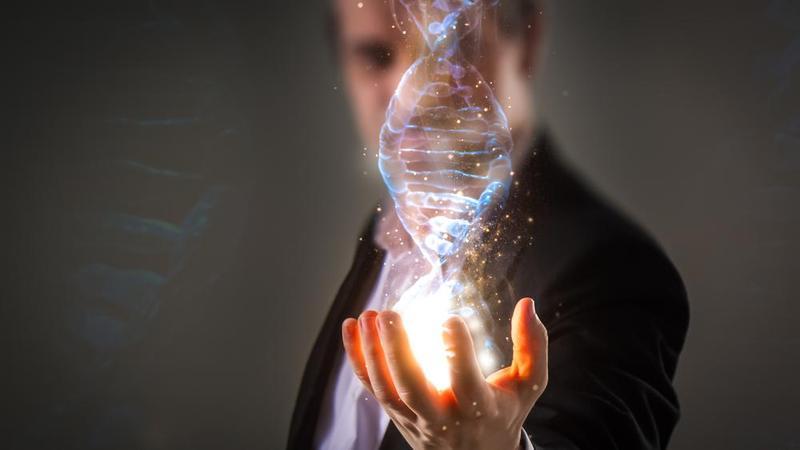 The most fundamental principle, the basic program of all life, is to save energy. Whatever you do, whatever you like, whatever feels good for you, these are all psychological responses that show you how to be more energy efficient.

Life craves energy, and subconsciously you’ll always choose the path of least resistance because of that. That’s why high-calorie food tastes better, why whenever your beliefs are questioned you naturally refuse any arguments, and why people feel more depressed when there is no sunshine outside. But what is the source of our energy? How can we gain more energy? How can we raise our consciousness and increase our intelligence? Nikola Tesla perfectly concluded the main, most fundamental source of human energy, and how to increase our energy and evolve as a species:

First let us ask: Whence comes all the motive power? What is the spring that drives all? We see the ocean rise and fall, the rivers flow, the wind, rain, hail, and snow beat on our windows, the trains and steamers come and go; we hear the rattling noise of carriages, the voices from the street; we feel, smell, and taste; and we think of all this. And all this movement, from the surging of the mighty ocean, to that subtle movement concerned in our thought, has but one common cause.All this energy emanates from one single center, one single source, the sun. The sun is the spring that drives all. The sun maintains all human life and supplies all human energy.

3 Steps for Cultivating Your Energy

The sun is the source of all energy[/caption] The following will make you understand almost everything about Nikola Tesla’s lifestyle; why he was vegan, why he was obsessed with free energy, why he despised ignorance and imbeciles. But how can we increase human energy?

In Nikola Tesla’s opinion, building muscle mass (with weights) is “equivalent to adding mass of ‘smaller velocity’, and I would not commend it” but moderate exercise “ensuring the right balance between mind and body, and the highest efficiency of performance, is, of course, a prime requirement”.

Food is one of the most important elements of increasing your mass. What we consider as food is just processed sunlight. Plants, with their photosynthesis, combine carbon, hydrogen and oxygen, and bind them through sunlight, forming the CHO molecule (fat) that we consume through food and burn for energy. However, the actual energy comes from freeing the photons of light between the chemical bond. That’s what produces heat. That’s what gives calories, which are stored photons. We eat sunlight for energy! Fruits, vegetables, meat; everything that we eat has consumed the CHO (carbohydrate) molecules that the plants created. The energy that we consume through our food is actually the very same energy – or sunlight – that the plants used to forge these elements together.

When we eat meat, we are actually eating already consumed, unused CHO molecules (unused because CHO is only created through photosynthesis). It’s second hand CHO in a way. Consuming CHO directly from plants, fruits and vegetables is equivalent to adding a mass of ‘higher velocity’,

It is certainly preferable to raise vegetables, and I think, therefore, that vegetarianism is a commendable departure from the established barbarous habit. That we can subsist on plant food and perform our work even to advantage is not a theory, but a well-demonstrated fact. Many races living almost exclusively on vegetables are of superior physique and strength. There is no doubt that some plant food, such as oatmeal, is more economical than meat, and superior to it in regard to both mechanical and mental performance.

The consumption of second-hand food is one of the main limits we put on ourselves for evolving as a race into more intelligent, kind, and less animal-like species. Nikola Tesla says:

To free ourselves from animal instincts and appetites, which keep us down, we should begin at the very root from which we spring: we should effect a radical reform in the character of the food.Gambling, business rush, and excitement, particularly on the exchanges, are causes of much mass reduction.Whisky, wine, tea coffee, tobacco, and other such stimulants are responsible for the shortening of the lives of many, and ought to be used with moderation. But I do not think that rigorous measures of suppression of habits followed through many generations are commendable. It is wiser to preach moderation than abstinence.

Consume food that’s closer to the sun, avoid unnecessary enlargements of your body that invariably use more energy, avoid energy wasting habits and unhealthy addictions that serve solely to your ego. Each man who practices this advice adds a ‘wagon’ with higher velocity to the ‘human train’ that we all are.

2. Reducing the Force That’s Holding Back the Human Mass

The force which retards the onward movement of man is partly frictional and partly negative.To illustrate this distinction I may name, for example, ignorance, stupidity, and imbecility as some of the purely frictional forces, or resistances devoid of any directive tendency.On the other hand, visionariness, insanity, self-destructive tendency, religious fanaticism, and the like, are all forces of a negative character, acting in definite directions.To reduce or entirely overcome these dissimilar retarding forces, radically different methods must be employed. One knows, for instance, what a fanatic may do, and one can take preventive measures, can enlighten, convince, and, possibly direct him, turn his vice into virtue; but one does not know, and never can know, what a brute or an imbecile may do, and one must deal with him as with a mass, inert, without mind; let loose by the mad elements.A negative force always implies some quality, not infrequently a high one, though badly directed, which it is possible to turn to good advantage; but a directionless, frictional force involves unavoidable loss. Evidently then, the first and general answer to the above question is: turn all negative force in the right direction and reduce all frictional force.

Simply said, a frictional force is ignorant, directionless, and without a quality, unlike the negative force which carries high quality but in a wrong direction. Most of the time, a frictional force will result only in energy loss no matter where it is directed, while negative force can lead to significant increase of human energy if focused towards a proper, strategic direction. Tesla concludes:

There can be no doubt that, of all the frictional resistances, the one that most retards human movement is ignorance. Not without reason said that man of wisdom, Buddha: “Ignorance is the greatest evil in the world.” The friction which results from ignorance, and which is greatly increased owing to the numerous languages and nationalities, can be reduced only by the spread of knowledge and the unification of the heterogeneous elements of humanity. No effort could be better spent.

Individually, this can be explained as maintaining a constructive balance between our talents and flaws; establishing peace between our darkness and light, and uniting them towards a mutual, greater goal. This, of course, needs to be accompanied with learning, curiosity, and reducing individual ignorance about The Universe around us. Cleansing your chakras is as essential as taking a bath in the context of reducing the force that’s retarding your energy. Allowing energy to flow freely through your own body ensures a reduction in friction. It decreases the waste of your energy by fighting the negative emotions that are clogging your energy pools.

According to Nikola Tesla war should not be terminated suddenly as this can result in something worse than war.

War is a negative force, and cannot be turned in a positive direction without passing through the intermediate phases. It is a problem of making a wheel; rotating one way, turn in the opposite direction without slowing it down, stopping it, and speeding it up again the other way.

Therefore we shouldn’t aim to stop war but instead, redirect it towards a mutual goal of humanity. For example, instead of fighting ourselves, we can redirect our energy towards an exploration of different parts of our galaxy. Of course, gently and gradually, and with great maintenance. Nikola Tesla explains why war is not a frictional force but one of a negative character:

It is doubtful whether men who would not be ready to fight for a high principle would be good for anything at all.

In his views, war would be made better by exchanging manpower for machines that will take the hit.

To understand how this can happen we must first understand how war began. It started with the law of the strongest, where physically weaker men were thrown completely to the mercy of physically stronger men. However, the weaker men developed intelligence, due to their energy efficiency, and developed ways to use stones and sticks, and make weapons. Today, wars are held by men sitting in a room smoking cigars, completely controlling physical forces with their intelligence. The future will see that intelligence creates machines, which they will control instead of men, until war is mainly intellectual and the physical factor is completely irrelevant.

To conclude: Use your talents to guide your flaws. Find peace and eliminate forces of friction with reason, within you and around yourself.

Of the three possible solutions of the main problem of increasing human energy, this is by far the most important to consider, not only because of its intrinsic significance but also because of its intimate bearing on all the many elements, and conditions, which determine the movement of humanity.

But how can one man increase his energy constantly? Will there not be a point when the man cannot do more work? Will there not be a point when doing more work becomes harmful to the man, perhaps even unhealthy? There is a secret. When a man applies his effort in the direction of the collective human movement, the effort becomes most efficient, and with less energy more is achieved. This means that as more people do more work towards a mutual goal, more is achieved, with less effort, resulting in an increase of mutual energy.

Think of it like spinning a wheel. At first, to start moving the wheel to even a fraction of its potential speed, you need to expend a lot of effort and energy. As you start moving the wheel and applying effort in the direction of its movement, the less effort it demands and the faster it keeps spinning. In the end, with less effort than was initially required, you can spin it countless times, faster. It is the same with human energy! The secret of energy is that it is eternal in the Universe, where almost nothing is. Your energy, no matter where you spend it, will forever stay and spread out if not directed. That’s why it’s crucially important to focus your effort. As you spend your energy in one direction, with time, this energy will accumulate and less effort and energy will be required to achieve a lot more. This is true globally and individually.

Imagine what we can accomplish if we all focus our efforts toward creating more sustainable ways of generating energy, cleaning the earth, reducing hunger, finding solutions for interstellar travel, and educating. Focusing your motive power and effort on one goal, towards the right direction of movement, will accelerate the velocity and will move you closer to your goal. With time, you’ll spend less effort and achieve more. Gain more, waste less, spend efficiently, learn. That’s the secret formula for increasing the collective human energy, according to the great mind of Nikola Tesla. That’s how we raise our intelligence and evolve as a species.