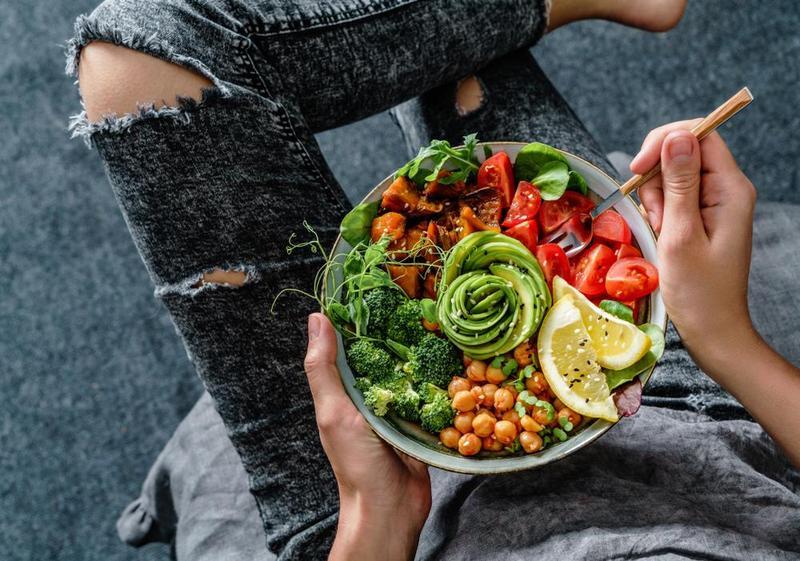 The Beverly Hills diet is a diet invented by Judy Mazel. She thinks that weight loss can be reached by eating foods in the correct combinations and in the right order.

Judy Mazel explains that she was always an overweight child, and beginning when she was nine years old, she went to see doctor after doctor attempting to learn why she could not be slim. For 20 years she kept struggling with her weight and was finally told by a doctor that she was destined to always be fat. Six months after this pronouncement, she went skiing and broke her leg. While she was recuperating, she read a book on nutrition that a friend had given her. From this she developed her ideas about how the body functions and what is necessary to lose weight and stay slim. Mazel says that she used her new theories to lose 72 lb (29 kg), and has kept off the weight ever since. In 1981, she released her diet in a book The Beverley Hills Diet. The original book reportedly sold more than a million copies, and in 1996 Mazel published a revised and updated version of the diet called The New Beverly Hills Diet. Mazel has also published a cookbook created to accompany the diet and The New Beverly Hills Diet Skinny Little Companion, a slim volume made to bring inspiration and tips to support dieters through their first 35 days on the diet.

The Beverly Hills diet is a food combination diet. It is based on the idea that it is not what a person eats, or even how much food is eaten that makes a person to put on weight. Mazel thinks the combinations in which foods are eaten and the order in which they are eaten lead to weight gain. She states that eating foods in the incorrect order can stop some foods from being digested, and it is the undigested foods that lead to fat build-up. The groups into which Mazel divides foods are carbohydrates, proteins, fruits, and fats. She thinks that fruit must be eaten alone and must be eaten before anything else is consumed during the day. She also says that for right digestion, every kind of fruit must be eaten alone. This means that if a dieter eats an orange, the dieter must wait at least one full hour before eating another type of fruit, like a pear. If the dieter eats a different kind of food, like a protein, the dieter must wait until the next day to eat fruit again. On the Beverly Hills diet, protein and carbohydrates cannot be eaten together. Most dairy products go into the protein group for goals of categorization. This means that dieters can drink milk with protein meals, but not with carbohydrate meals. Fat is allowed to be eaten with either group, but may not be eaten with fruit.

Dietary supplement—A product, like a vitamin, mineral, herb, amino acid, or enzyme, that is intended to be consumed in addition to an individual’s diet with the expectation that it will enhance health.

Mineral—An inorganic substance found in the earth that is needed in small amounts for the body to keep a health. Examples: zinc, copper, iron.

Type 2 diabetes—sometime called adult-onset diabetes, this illness prevents the body from properly using glucose (sugar), but can often be controlled with diet and exercise.

The order throughout the day in which food is eaten is essential on the Beverly Hills diet. Mazel says that every day fruit should be eaten first. After fruit, the carbohydrate group can be eaten. After carbohydrates comes food from the protein group. Once a dieter has changed food groups, he or she cannot eat from the previous groups again until the next day. Dieters must wait two hours between eating foods from different food groups. During the diet, Mazel states that dieters must not consume diet sodas or anything with artificial sweeteners. Because milk is considered a protein, the dieter is very limited in when it can be consumed. Unlike many other diets, alcohol is not as restricted on the Beverly Hills diet. Mazel categorizes most alcoholic drinks, such as beer, vodka, and rum, as carbohydrates, and says they must only be consumed with carbohydrates. Wine is categorized as a fruit, and unlike the rules for eating other fruits, wine does not have to be consumed alone but can be drunk with another fruit. Mazel says that champagne is a neutral food and can be drunk with anything. For instance, on the first day of the diet, dieters are instructed to eat pineapple, corn on the cob, and a salad made of lettuce, tomatoes, and onions with Mazel dressing. (Mazel dressing is a recipe included in the book, and appears often during the 35-day diet.) This means that dieters may eat as much pineapple as desired in the morning, but once they start eating corn on the cob they cannot go back and eat more pineapple. Once the salad is eaten, both corn on the cob and pineapple are no more allowed. Dieters are instructed to wait between changing foods to ensure proper digestion. Some days on the diet only one kind of food is allowed during the whole day. Day three of the diet permits the dieter only to eat grapes. On other days the dieter is only allowed to eat watermelon. Although these rules are very restrictive, they are not as restrictive as the rules set out in the original Beverly Hills diet. On that diet, dieters were only allowed to eat fruit for the first 10 days of the diet. No animal protein was permitted at all until the 19th day. The New Beverly Hills diet includes vegetables and carbohydrates from time to time during the first week, and includes lamb chops and shrimp on the sixth day.

The Beverly Hills diet promises dieters that they will lose up to 25 lb (11.5 kg) in 35 days. The diet’s Website says that the average dieter will lose 15–20 lb (7–9 kg). Mazel claims that by following the guidelines set out by her diet, dieters will be able to eat anything they want, including foods forbidden on most diets, such as cheesecake and hamburgers. They only have to ensure that they eat them at the correct times, in the proper combinations, and in the right order. Doing this, Mazel promises, will let dieters become slim and remain slim, all while eating fatty foods forbidden by other diets. The Beverly Hills diet is intended to be a life changing diet, and dieters are expected to continue to follow the rules of the diet after the 35 days of meal plans are finished. Mazel does not provide exercise recommendations, nor does she provide information to help dieters improve other aspects of their lives, such as advice on stress reduction.

The Beverly Hills diet says that dieters can lose 20 lb (9 kg) in 35 days. Many health benefits are connected with significant weight loss if it is reached through healthy eating and exercise and happens at a moderate pace. These benefits can include a lowered risk of Type II diabetes, cardiovascular disease, hypertension, and other obesity related illnesses and conditions. There may be some advantages to keeping to the Beverly Hills diet. The diet emphasizes eating a wide range of fruit. Fruits contain many vitamins and minerals that are needed for sound health. Eating a diet with more fruits and vegetables can help dieters stick to an otherwise well-balanced, reduced-calorie diet because fruits and vegetables generally contain fewer calories per volume than other foods. This means that a dieter can feel full while eating fewer calories. The diet also restricts prepared foods and foods with artificial preservatives, sweeteners, and flavors. Eating a diet that contains mainly fresh foods can be very healthy because prepared foods are often very high in sodium and have fewer vitamins and minerals than fresh foods.

The New Beverly Hills diet’s website warns dieters that there are some people for whom the diet is not suited. These include women who are pregnant or breastfeeding and anyone with diabetes, ulcers, spastic colon, and different types of irritable bowel disease. The website also cautions that anyone with serious illness or chronic disease should only start this diet under medical supervision. Even dieters who do not have serious illness should consult a doctor or other medical professional when considering this diet. Daily requirements of calories, vitamins, minerals, and other nutrients can vary from person to person depending on age, weight, sex, activity level, and the presence of particular diseases or conditions. A physician can help the dieter determine if this diet will be safe given a dieter’s specific nutritional requirements, so that the dieter can achieve his or her weight loss goals without risking good health.

This diet requires that dieters eat only a small range of foods daily, and on some days only one kind of food is permitted. No protein is allowed until the sixth day of the diet, and it is not included regularly after that. This means that it will be very difficult for dieters to get the vitamins, minerals, and nutrients that are necessary every day for sound health. If dieters are thinking about starting this diet, they should speak to a physician about taking a multivitamin or other dietary supplement to lower the risk of serious nutritional deficiencies. However, no vitamin or supplement can replace eating a healthy, balanced diet.