When are Sports Drinks Necessary? 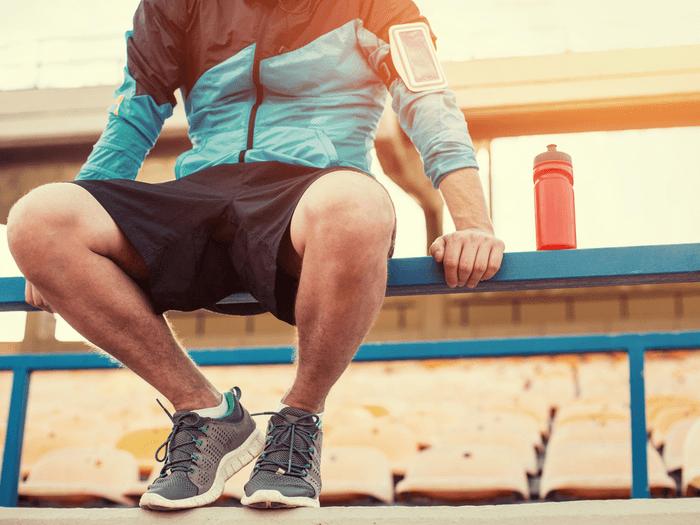 Are there cases when sports drinks with electrolytes are needed for hydration?

Here is what one person says: "I work hard outside daily and I sweat a lot. I drink about three litres of Gatorade Zero to get the electrolytes. I pick the artificially-sweetened drinks to avoid consuming too much sugar, but are the artificial sweeteners or other ingredients in these drinks harmful?"

The man brings up a few fascinating topics for discussion: When is it necessary to replace the electrolytes we lose when we perspire? Is a sports drink like Gatorade the best solution? And what about the sugar or artificial sweeteners in these drinks? Are they bad for you?

To help me figure out all of this, I talked with sports nutritionist Kelly Pritchett. Dr. Pritchett is an Associate Professor in Nutrition and Exercise Science at Central Washington University. She consulted elite and collegiate athletes as well as active individuals, and she's an athlete herself. Here are some of the insights and ideas that I got from my discussion with Kelly.

What happens when you sweat?

Let's bracket, for a minute, the problem about sugar vs. artificial sweeteners and discuss first what happens when we sweat. According to Dr. Pritchett, your body may produce anywhere from half a litre to three litres of perspiration per hour. How much you sweat depends on your level of exertion and the conditions—how hot or humid it is, or both. But it also depends on your level of fitness, and how used you are to the environmental conditions.

Depending on how long and hard you're sweating, the loss of fluids may lead to you becoming dehydrated. And this could be treated just by taking in plain water.

You're not only losing water when you sweat. You're also losing electrolytes: sodium, magnesium calcium, potassium, and chloride.

Dr. Pritchett emphasises that you lose far more sodium than anything else. Average sodium losses are 1,000 mg per hour! That's almost a one-half teaspoon of table salt.

Excessive and extended sweating can potentially cause dangerously low blood sodium levels, a serious condition called hyponatremia. In these cases, drinking too much plain water, without any electrolytes, can actually make the situation worse by further diluting the sodium concentration of the blood.

If you're playing a set of tennis, running a 5K, or out in the garden for a couple of hours, and you're otherwise healthy, you're perhaps alright drinking plain water. But if you are going to be sweating hard for more than 60-90 minutes, Pritchett says it's a good idea to think about replacing those electrolytes as well.

How to replace electrolytes

One simple way to replace electrolytes is to just eat something salty—some salted nuts or sunflower seeds, for instance. So, in Phillip's situation, he may decide to take a break every couple of hours and have a fast snack or a meal, along with plenty of water. A salty snack will quickly replace the sodium he might have lost as well as smaller amounts of other minerals.

For athletes engaged in endurance sports, however, eating may not be enough. That's where sports drinks may seem to make sense. These sports drinks can help replace the fluids you lose, but they may not provide enough sodium to keep up with losses completely.

Dr. Pritchett notes that there are some sports drinks (as well as gels and gums) that are specially created for endurance athletes and have a higher concentration of sodium. You can also add a pinch of sea salt to your water bottle or your sports drink, she notes, to boost the sodium content. And finally, there are salt and electrolyte replacement tablets that athletes often use to compensate for losses.

How much sodium should you take in during exercise?

According to Pritchett, the amount of salt you lose in an hour of exercise is a lot less than the average American consumes daily. It perhaps doesn't have to be replaced.

But if you're working in hot conditions for hour after hour, or engaged in intense and extended exercise, how much sodium per hour should you take in? Pritchett says this can vary significantly from person to person.

One liter of fluid and 1,000 mg of sodium per hour of extended heavy sweating is a good rule of thumb.

"I have athletes who are very salty sweaters," she says. "You can actually see a whitish film on their skin after exercise." So it's not going to be a one-size-fits-all prescription.

That sodium can come from food, sports drinks, salt tablets, sports gels, salted water, or any combination of those things. (Check the nutrition facts label on any product you select to find out how much sodium they contain.) Remember that your post-workout meal will also go a long way to replenishing those electrolytes.

Finally, let's come back to the person's question about sugar vs. artificial sweeteners in sports drinks.

Before they became a popular category of soft drinks, sports drinks were created to support athletes engaged in extended, strenuous exercise. Endurance athletes who exercise long and hard enough to exhaust their muscle stores of glycogen typically rely on sugar-sweetened drinks, gels, or goos as a quick source of ready energy that can be consumed during a workout.

Your muscles typically can store enough energy to power you through about 2 hours of nonstop, high-intensity exercise.

You don't need a shot of sugar to get you through a 60-minute Zumba class, by the way. Besides that, you'll perhaps need to consume some form of calories to keep your performance from flagging. And of course, a sugar-free sports drink is going to be pretty pointless as a source of energy.

Outside of endurance exercise, sports drinks are just one more source of added sugars. I appreciate the man's worry about minimising his intake of added sugars, but I'm not a big fan of consuming artificially-sweeteners beverages throughout the day. Even though they can help people reduce calories and sugar, there are many other concerns. Different studies have looked at the effects of noncaloric sweeteners on things like insulin levels, appetite regulation, and blood sugar metabolism. So far, the reviews have been mixed, with some studies finding adverse effects and others finding no effect.

The bottom line on sports drinks with electrolytes

If you're exercising for less than an hour and a half, you perhaps don't need to worry about replacing electrolytes as you go. You also do not need additional sugar or carbohydrate to fuel your muscles. You can drink water to replace the fluids, and you'll be able to replace the electrolytes at your next meal.

Endurance athletes may lose 2-3 liters of sweat per hour for several hours in a row. A sports drink can help replenish fluids and also supply a source of carbohydrate fuel for muscles. Nevertheless, a sports drink might not contain enough sodium to replace losses.

Now, let's consider those who work outdoors—everyone from military personnel to landscapers to construction workers to bicycle messengers to tour guides. Your level of exertion may not be just as intense or sustained as an endurance athlete's. Even so, conditions can be extreme, and you might be outdoors for hours on end. Drink plenty of fluids to stay hydrated. If you're not able to eat at regular intervals, you might want to supplement with an additional source of salt. A salt tablet or a pinch of salt in your water will be useful.

If your sport or line of work means that you spend many hours a day sweating, you may want to consult with a dietitian or sports nutritionist. It's a great idea to evaluate your sweat rate and composition and get an individual prescription for fluid and electrolyte replacement.