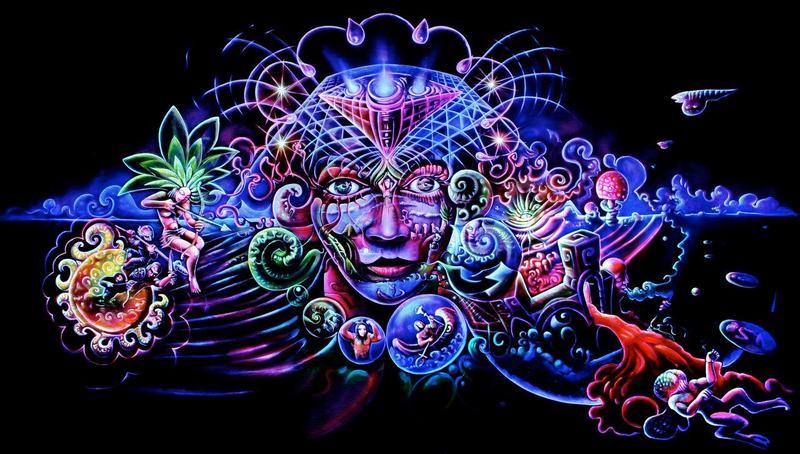 As a hard/devotional polytheist at the mystical, spirit-working, “high-woo” end of the spectrum, trance work is a major aspect of my religion. I practice it. I read about it. I teach it. I guard other people while they practice it. I’m soaking in it. So naturally, I worry about it.

Or rather, I should say “them”, because there are several kinds of trance work, each with different uses, and dangers. I have far too much to say on this topic to put it all in one post, so this will be the first of several, and a topic I revisit from various angles as the need arises. To that end, I want to give a breakdown of the kinds of trance I practice, personally.

This is by no means an exhaustive list, but I perceive many of the kinds I’m not listing as effectively variations on these themes:

Meditation in its various forms are practices anyone can benefit from in the short term and especially over time as their command of their own focus and perception shifts. No one method of meditation appeals to everyone of course, but I would argue that just about everyone could find some kind of meditation practice that can work for them, and they would benefit from practicing it. Whether it’s Zen’s famous no-mind meditation, focus meditation, awareness meditation, cultivation meditation (usually for developing compassion), moving meditation, meditation with mantras, communion, or centering prayer, the various methods are generally pretty safe to practice even without expert guidance. Some meditation practices include breathing techniques or physical activities that require proper training to do safely, but even so they’re no worse than amateur sports or performing arts in that sense, and the danger is generally not to your sanity. On the contrary, no-mind, focus, and awareness meditation are well documented for their benefits to psychological health. Any person who has been through therapy can tell you that there are times when taking yourself apart leads to temporary instability, but the long-term effects are worth the effort – just keep going.

Journey Trance, now that has actual potential for harm, as far as I’m concerned – you’re not just exploring ideas, you’re actually exploring spiritual spaces outside your mind. Even if it’s inward journey, you’re leaving the bounds of the sandbox of your imagination and digging into things like your own heart and soul, which is no small thing to be tinkering around with. If you’re doing Otherworld Journey, you’re also interacting with worlds and entities who have existence and agency entirely separate from your own. Those entities have their own agendas. Those worlds are their own environments. None of them are there purely to accommodate you, nor are you guaranteed to thrive in that context. Still, for the most part the only one affected by a botched journey is the one who journeyed, and repairs can be handled. Of course, a more detailed knowledge of the dangers, and how to handle any repairs are both part of competent Journey work.

Oracular Trance combines the dangers of Journey Trance with the dangers of Divination. In addition to any problems the Oracle may have interacting with the spirit world on behalf of the querent, there is also the potential of harming the querent by doing the job poorly, connecting the querent with the wrong spirits, giving bad, offensive, or even dangerous advice by mistake. Still, if the querent uses their own best judgement and takes responsibility for getting confirmation of any drastic instructions they receive, that harm can easily be minimized at their end, and of course, competency and ethics on the part of the Oracle help at the other end.

It do believe it is part of my job as a diviner to remind the querent that their decisions are still their own and they must take responsibility for them. This remains true even if I am handing them orders we both understand to be from the gods. If we mess up our lives following a God’s instructions, we’re who have to live with the consequences, after all. It’s a rare court indeed which accepts “the Devil made me do it” as a plea for innocence, even when they can prove it through independent mediums.

Possession Trance is hands-down the most dangerous trance practice, and the most often glorified and vilified. It’s weird to think of developing the ability to get out of the damned way and let somebody else use my body as an accomplishment, but I have to admit that of the various spiritual services I’ve trained in over the last decade and more, it’s probably the one I’m the most proud of myself for learning. It’s also the one I’m the most scarred by, most afraid to practice, most wary of teaching others, most careful with guiding and warding. I have a lot of direct experience reasons for that, but they’d each take their own post to recount, so those stories will have to wait for another time.

All sensationalism aside, Possession Trance is dangerous because a trance medium is not only affecting themselves by this practice, they are bringing any mistakes into the physical world with them. Those mistakes cover all of the problems of Journey and Oracular Trance combined, plus however the possessing entity chooses to behave in their body, potentially misusing their body, and potentially mistreating other people using their body to do it.

There is a whole spectrum of possession trance, generally characterized by degree of possession, but also varying in type of manifestation like verbal channeling or automatic writing vs the general displacement of the medium’s personality. The dangers definitely increase the deeper in you go.

That is the rule for trance practice in general: The further you shift away from common consciousness, and the more your practice involves interacting with other people, the greater the danger to you and others from your trance practice. Please keep that in mind when you are deciding what risks you are willing to take, and on whose behalf.