The Future of Science: God Consciousness and Pineal Gland Activation 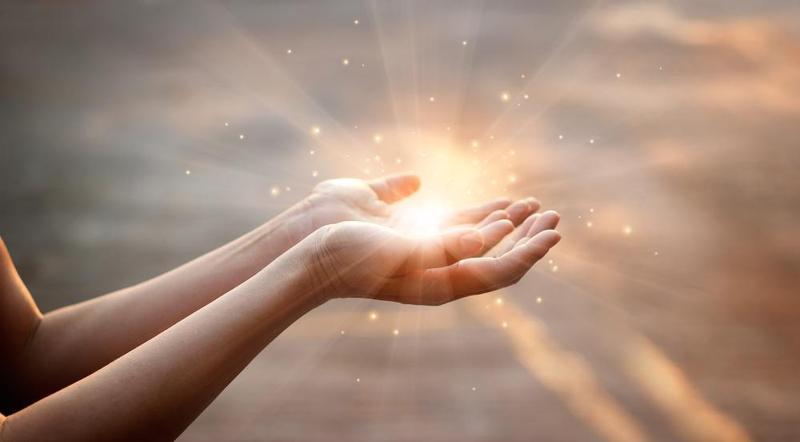 A lot of those who know how the pineal gland functions are aware that it has earned the name ‘the seat of enlightenment’ not by accident. The pineal is a transmitter of the spiritual or divine self as well as the grosser, earthly or physical self. Science is just starting to discover how this little endocrine gland at the core of our mind can turn humankind’s barbarous cravings into a yearning for oneness with Cosmic Consciousness or the ‘Kingdom of God Within,’ – while giving us the physical ability to comprehend it.

Today's medicine is altogether ignorant of the ‘ductless’ glands. The scientific research of endocrines and their hormones, in fact, is just shy of forty-five years standing, although about 170 years ago a French savant, Theophile de Bordeu, started some research of the subject, including the production of an elixir which was injected into the skin of his participants. His idea that spirit was freed through a chemical process alone was wrong, however, he was right in realising the significance of neurochemistry in awakening the Cosmic Mind. This does not mean that scholars and shamans, yogis, and seekers of spirit going back thousand of years are not well versed in the alchemical magic the pineal can induce. Though a guru might tap a student on the forehead, giving what is called ‘shaktipat’ to induce an enlightened awareness or kundalini experience, all the guru is really doing is watching that a yearning spirit is ready to experience a dissolution of ego. When the time is right within any person, be it from yogic practice, a karmic predisposition, a near-death experience or any number of other ‘priming’ activities, a neurochemical process unfolds from the smallest ‘spirit’ factory within the pineal itself.

The Neurohormonal Cascade of God Consciousness

There are a few neurohormones created by the pineal which are essential to unlocking the secrets of the ages. When these hormones are produced, under seldom and particular circumstances, a spiritual big bang happens. Melatonin production is instigated by the pineal gland in periods of darkness via indirect stimulation from the optic nerve, and this neurohormone modulates our sleep-wake states. Melatonin allows waking self-consciousness to rest, so that our body consciousness can concentrate on its work of repairing itself without the meddling distractions of the ego/body consciousness and the different physical activities of the body associated with being awake. Melatonin lowers self-consciousness, but METAtonin goes one step further. It lets the consciousness stay in-tact while freeing it from the boundaries of the ego-based physical body. METAtonin production happens when the pineal gland internally secrets an enzyme called methyltransferase (INMT) that catalyzes two methyl groups to mix with a serotonin molecule. Melatonin is a linguistic derivative of serotonin (serotonin + one methyl molecule), METAtonin, then, is a derivative of Melatonin (melatonin + one methyl molecule). Each of these is a higher octave of the previous one. Hence METAtonin, a higher octave of melatonin. Each of these hormones neurochchemically shapes the state of consciousness in a distinctive manner. METAtonin allows self-consciousness to stay active and simultaneously separate from the sleeping body. Unlike melatonin, METAtonin is not produced on a daily basis, and instaed is very rarely produced except in crucial situations; also it is not primarily delivered to its target, the central brain, via the blood. Once DMT enters the blood supply, it is immediately destroyed by the DMT scavenger monoamineoxidaise or MAO. For this reason, unlike all other hormones, it is very difficult to measure METAtonin, endogenous DMT, levels in the blood.

When METAtonin is activated the mind is given a jet-pack into a level of consciousness that frees it altogether from the physical boundaries of reality. Many who experience this the first time are afraid of the out-of-body of egoless state because it is so new, but shamans and spiritual adepts who have created their neurochemistry appropriately can not only enjoy the elevated consciousness, but tap into its many lessons once they come back to their physical form.

LSD and other Chemical Stimulants of METAtonin or DMT

The Attack on Our Endogenous Hormones

Seratonin, Melatonin and METAtonin – all hormones of the pineal – are under environmental attack every day. Without the right functioning of our neurochemical messengers, we cannot experience the ego-less state. Pretty simply, our link to the ‘Kingdom of God Within’ is broken. In the Druidic culture the ‘nectar’ released by the pineal is called the Holy Grail. In the Hindu culture it is called ‘amrita’ or ambrosia. This is why there are stories of knights fighting to gain a golden cup – but what they refer to is the hormonal cascade made by a healthy pineal. There are a thousand various practices in every living and and non-living culture which were aimed at creating our own endogenous METAtonin to free the mind from its physical boundaries. Fluoride, processed food, refined sugar, pharmaceutical drugs and other modern chemical toxins lead to the pineal’s ‘nectar’s shut down. Thankfully, there are ways to reverse this process and reclaim the experiences that await a properly secreting pineal gland.

The Many Stages of METAtonin Release

When the pineal is ‘primed’ by healthy diet, practices like meditation and yoga, or just a person’s unwitting dance with death in a near-death-experience which leads to a rush of hormones which awaken METAtonin processing, many stages of experience, both intentional and unintentional can be expected:

- During meditation or other methods of mental focusing, the pineal is awakened and a feeling of ecstasy or bliss is created.
- A state of inner peace or God Consciousness as described by Buddhists, Hindus, Tibetans, American Indians, Sufis, Amazonian tribes, and hundreds of other cultures is experienced. This is called Satori or Samadhi.
- A vision-quest is built in the Native American Indian culture which sends a young aspirant on a journey out of body that allows them to acquire knowledge they would not have access to in-body.
- Dreamtime, as experienced by Australian Aborigines in which great boons are found by travelling an astral landscape.
- Glee or God-state as the Sufis felt in a whirling dervish.
- Rapture
- Creative Ecstasy. Many of the most lauded works of art, music, architecture, etc. were created in this state.
- Remote Viewing
- Transcendent Sex
- Near Death Experience
- Loss of Gravity
- ‘Night Flight’ which occurs when METAtonin is released while sleeping
- Out of Body Consciousness
- Holotropic Breathwork as pioneered by Dr. Stanislav Grog which gives way to ‘Rebirthing’
- Emotional or Intellectual Epiphany

As you may have noticed, these are not drone-like, live-to-work states of consciousness, but our spiritual heritage – states that let us be more than just a physical ego with base needs and desires. God Consciousness may not be encapsulated within the pineal, but the hormonal cascade it unlocks allows our experience of the Divine. Instead of living in ‘fight-or-flight’ from the adrenal glands, we can live in ‘light’ as we nurture the tiny ‘seat of the soul’ for which Descartes was so fond.