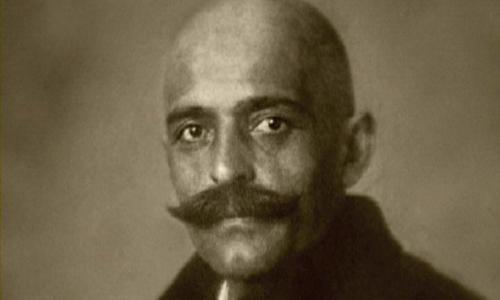 It would seem that among the readers of Collective Evolution there is a very clear sense that “something is off” that germinated at an early age. This prompted a search amid dissatisfaction with conventional belief systems.

My good friend Michael Jeffreys, who runs what was the Santa Monica Eckhart Tolle meetup but is now a more general Advaita-oriented satsang in Los Angeles, talks about this often, and lists many areas in which he searched looking for answers until Eckhart’s books and his own quest led him to a recognition that conceptual analytic “truth” is always off.

I have benefited greatly from my association with Michael, mainly in terms of peeling away the many unrecognized layers of beliefs and concepts that I took for granted.

In my own case, this resulted from a sort of reconciliation with three disparate but in my view congruent traditions—cognitive therapy, the Gurdjieff tradition, and Eastern thought and what is now commonly called Advaita or Nonduality.

I’ve written before about encountering the Gurdjieff teaching in my youth and being intrigued and inspired by its objective and piercing view of both human psychology and cosmology. Gurdjieff anticipated the modern neuroscientific findings of scientists like David Eagleman that the brain and indeed the body is a complex network of interdependent, interrelated but not always harmonious “centers” with no static, permanent self or “I.”

In the Gurdjieff work, which I have only participated in very fleetingly, students must give up their own egoic belief systems (as they do with any guru) in order to observe their own functioning objectively and come to the experiential recognition that as they currently are, they cannot “do.” They are reactive biolplasmic machines.

Having read much of this material it opened me to the work of Eckhart Tolle very nicely, because his sense of the ego as “the voice in the head” that is NOT “you” is clearly along similar lines.

Of course many of us have had similar “awakenings” which tend to separate us from the status quo and we can begin to feel “disconnected” – that’s where therapy comes in.

When we think something is “off” we want to fix it and if it’s really off we seek help. Conventional psychology and medicine may take us into the realm of anti anxiety medication like Prozac but often cognitive therapy is also recommended.

In my case I was very fortunate to find a therapist who was more of a spiritual guide, and who did not believe in medication but rather meditation. She shared an important strand of my own background which built trust—she also was a child of holocaust survivors—and she is a neuroscientist.

In our therapy I was exposed to the reality of my fearful “voice in the head” and what it cost me in terms of seeing the world and other people as threatening and foreboding. She encouraged me to “make a space” for the many feelings I had suppressed, like anger, shame and self hate, in many of the same ways that Eckhart Tolle describes noticing the activity of the ego.

It also became apparent to me that she was in some ways fulfilling the same role as a Gurdjieff teacher and even a Zen master in deconstructing and peeling away belief systems like my fear defense; in addition I discovered beliefs about women, money, and society at large that had remained unquestioned throughout my life.

But instead of increasing my anxiety by raising more questions, none of which could be easily answered, with my therapist I discovered a practice of silence and making a space for such questions on what seemed like a deeper level. In Michael’s group this was augmented by a gradual ability to accept “not knowing” and letting any fearful egoic eruptions simply come and go.

As I mentioned, Michael introduced our group to other teachers like Adyashanti, Rupert Spira, and Nisgaratta Maharaj, which eventually led me to discover and attend conferences like Science and Nonduality.

This is a double edged sword. On the one hand it allowed me to keep “seeking” and presumably learning as the physicists and neuroscientists at SAND provided additional “evidence” that our current understanding of reality is askew.

But of course the uncompromising nondualists like Rupert Spira see an awakening from this condition as sufficient while scientists want more “answers.”

In our own hyperactive world this inevitably leads to the question, “what next”?

Once we discover the egoic doing is a miss and that a focus on “being” is the obvious step—which I gleaned through all three of the aforementioned disciplines—what else is there to “do” – if in fact doing is even a possibility?

(If you’re a nondual or other coach or teacher you can “help others” and give more courses and lectures, sell books, travel and so on).

But what if you’re none of those things? I remember that when Charles Eisenstein spoke at SAND in 2013 he told a moving story of a woman who did great (and unheralded) work in her own small sphere, and to him she was a heroine.

It would seem that the only obvious answer is continued self observation and the creation of “space” for whatever life, rather than our own inner egoic voice, seems to suggest.

In my own sphere I have found many people who have simply decided they have done too much “seeking” and “studying.” The distinction seems to be between experiential practice and the quest to “apply” what is learned to conventional human objectives – success, earning, achievement and so on.

But would a science of “Being” be able to continue “advancing”? Perhaps it is less about instruction or answers and more about guidance and inspiration.

Because as I look back none of my teachers really taught me any “thing”; rather they showed me a new way of being, which has led me om some very new and wonderful paths. Accepting the limitations of my ability to “know” has been a blessing and it has allowed me to “live the mystery” with gratitude.

by Tom Bunzel For Collective Evolution