Is Drinking Urine Good for You? Benefits, Risks, and More 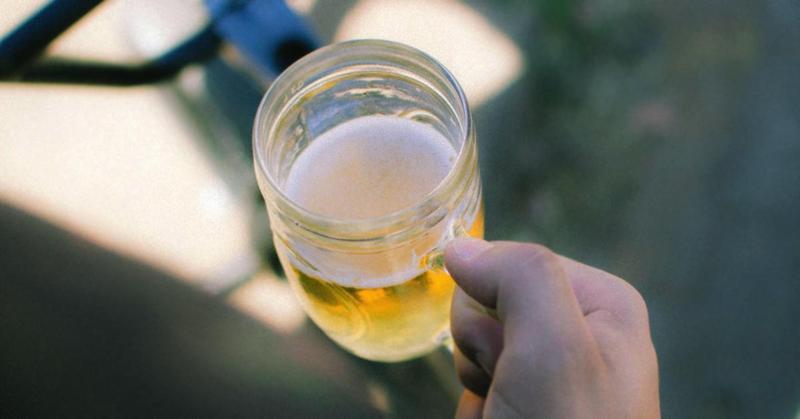 Overview Taking a golden shower. Drinking from your own spigot. Sipping a warm cup of herbal pee. Whatever you want to call it, the practice of drinking urine goes back millennia. Known today as urine therapy, urophagia, or urotherapy, the medicinal use of urine is still practiced in some parts of the world. Reports dating back to ancient Rome, Greece, and Egypt suggest that urine therapy has been used to treat everything from acne to cancer. There was a time when doctors tested for diabetes in urine by taste. Today, proponents make similarly broad-based claims about urine’s curative powers. So, should you be mixing your morning pee into your morning smoothie? Probably not. There’s no scientific evidence to support claims that drinking urine is beneficial. On the contrary, research suggests that drinking urine can introduce bacteria, toxins, and other harmful substances into your bloodstream. It can even place undue stress on your kidneys. Read on to learn more about the potential effects of drinking urine.

Urine is composed of fluid and waste products that your body doesn’t need. Your kidneys work as filters, removing excess water and cellular byproducts from the bloodstream. This waste is sent down to the bladder as urine. Water makes up 91 to 96 percent of your urine. The rest is made from salts, ammonia, and byproducts produced during normal body processes. Your urinary tract extends from your kidneys to your urethra. You have two kidneys, one on each side of the body. The kidneys send urine down to the bladder through two muscular tubes called ureters. When your bladder is full, nerve endings send a signal to your brain that it’s time to find a bathroom. When you empty your bladder, urine exits the body through a small tube called the urethra. The urethra is home to some types of bacteria. Normally, these bacteria don’t cause any problems, unless they grow out of control. Research on urine composition, however, shows that these bacteria can contaminate urine as it exits the body.

Claimed uses In 1945, John W. Armstrong, a British naturopath, published a popular book about the alleged curative power of drinking one’s own urine.

The book, “The Water of Life: A Treatise on Urine Therapy,” claims that urine can cure all major illnesses.

He claimed that those near death needed to eat and drink nothing but their own urine for several weeks and have urine massaged into their skin daily. Other claims about urine therapy are anecdotal or stem from ancient texts. Claims have been made that drinking urine may treat the following conditions:

- rash and other skin ailments.

In modern-day Nigeria, some traditional communities still use urine as a home remedy for children with seizures. There’s no scientific evidence to support any of these claims.

In a word, no. The myth that urine is sterile is a pervasive and lasting one. Even some doctors don’t know that it’s just a myth. The myth about urine being sterile likely dates back to a study of urinary tract infections (UTIs) conducted back in the 1950s. During this study, samples of urine that showed no signs of UTI were labeled “negative.” However, the absence of a UTI — which is caused by an overgrowth of bacteria — isn’t the same as the absence of bacteria. More recent studies have shown that urine does in fact contain bacteria that could be harmful if ingested or introduced into the bloodstream through a wound.

While drinking a little bit of your own urine probably won’t hurt you, it’s definitely not as safe as a glass of water. Bacteria Your body is home to many different colonies of healthy bacteria. Your urinary tract contains different types of bacteria. These are harmless unless they start growing out of control. When urine passes through the urinary tract, it becomes contaminated with bacteria. Drinking urine, whether your own or someone else’s, introduces bacteria into your system that can cause gastrointestinal problems or other infections. Toxins Urine contains waste products that have been filtered out of your bloodstream. Although they’re called toxins, these waste products aren’t exactly toxic. They are, however, highly concentrated. And your body is trying to get rid of these, because if they stay in the body, they do harm. Drinking urine reintroduces concentrated waste products into your system. This forces the kidneys to filter them out again, causing unnecessary strain. Medications After prescription medications are metabolized, they’re excreted through your urine. Drinking your own urine could alter the dose of a medication you’re already taking. Drinking someone else’s urine could introduce a foreign medication into your bloodstream.

Drinking urine isn’t usually good for you. But what if you’re stranded on a desert island? Can drinking your own urine save you from dying of dehydration? Although it makes for a dramatic movie scene, this is just a myth. Drinking urine when you’re dying of dehydration would be about the same as drinking seawater — only yuckier. Urine contains concentrated salts and minerals. To process salt, your kidneys require a certain amount of water. To compensate for increased salt intake, you’d have to pee out more water than you take in from urine. This would actually accelerate the dehydration process. The U.S. Army Field Manual also instructs soldiers not to drink their own urine in a survival situation.