How to Stop A Migraine Naturally 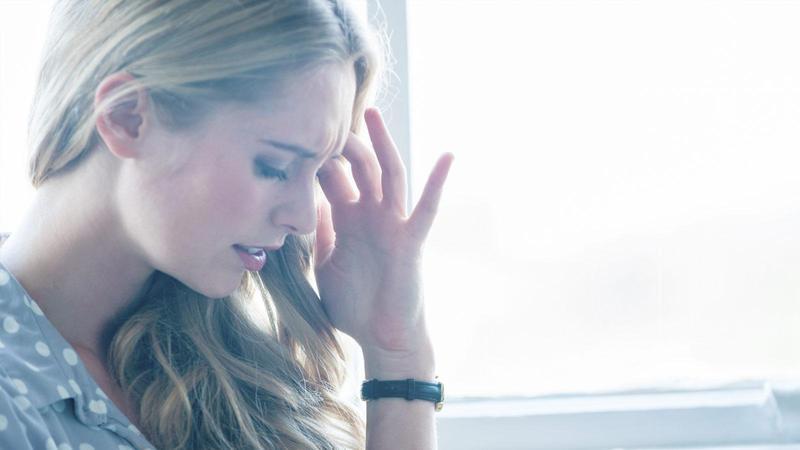 For most people who experience an occasional headache, a couple of aspirin will usually do the trick. Migraine sufferers don't have it so easy. Not only do many migraine meds have side effects that range from nausea and stomach ulcers to an increased risk of stroke and even heart attack, but up to two-thirds of users have also reported that they don't deliver satisfactory results.

What to do? Plenty, according to the latest research.

Although researchers haven't been able to pinpoint exactly why migraines strike, they do understand the physiological changes that occur when a migraine hits. When the nerve cells in the brain become overstimulated, they release chemicals that cause inflammation and swelling in the blood vessels in the neck and brain. The cures listed below work by addressing these issues. Here are seven surprising natural cures for migraines that help prevent and reduce the frequency and severity of migraine attacks.

Exercise has long been recommended to migraine sufferers, and now there's new evidence to support the theory that physical activity appears to help prevent migraines. In a 2011 randomized, controlled study from the University of Gothenburg in Sweden, researchers found that aerobic exercise was as effective at preventing migraines as the preventive migraine medication topiramate (brand name Topamax). A third of the patients in the three-month study exercised on a stationary bike three times per week for 40 minutes, while another third took a topiramate regimen that was gradually increased to the highest tolerable dose (a maximum of 200 milligrams per day).

The exercisers and drug group both experienced a similar reduced number of migraines, but 33 percent of topiramate users also experienced adverse side effects, while the exercisers reported none. The researchers concluded that regular exercise may be an option for migraine sufferers who don't want to adhere to a daily medication regimen, and the medical community agrees that the findings are encouraging.

How it helps: Regular, gentle exercise helps to reduce tension and ward off stress, a well-known trigger for many migraine sufferers. Exercise also triggers the release of endorphins, which act as a mild sedative.

How much helps: The Department of Health and Human Services recommends 150 minutes of moderate aerobic activity or 75 minutes of vigorous aerobic activity per week, ideally spread out over the course of the week. Beware that intense exercise can actually trigger rather than prevent migraine, so don't overdo it.

, is found in certain foods and supplements. It helps protect cells from oxidative damage and is involved in energy production. In a trial measuring the effectiveness of riboflavin in preventing migraines, 59 percent of patients who took 400 mg of riboflavin daily for three months experienced a 50 percent or greater reduction in migraine occurrence.

How it helps: Riboflavin is an effective preventive treatment for migraines. It has been widely reported to significantly reduce the incidence of migraine headaches when consumed at high levels (400 mg per day), although it doesn't seem to help reduce the pain or length of a migraine once one occurs.

How much helps: The recommendation is 400 mg per day for three months. Researchers recommend taking riboflavin with a can help increase levels of riboflavin.

Because our bodies can't make .

How it helps: helps prevent nerves from becoming overexcited. In short, this mineral aids in the prevention and reduction of migraines.

How much helps: Experts are split on how much magnesium to take for migraine prevention; some recommend 200 to 600 mg per day, while others recommend as much as 1,000 mg daily. Talk to your doctor to find a regimen that works best for you. If you take magnesium supplements, use chelated forms (such as magnesium citrate or magnesium oxide). This means that the magnesium is connected with another molecule in order to aid its absorption.

may be particularly effective in reducing both the severity and frequency of migraine headaches.

How it helps: increases the body's production of serotonin, a neurotransmitter involved in blood vessel regulation. Low serotonin levels have been associated with migraines, so 5-HTP supplementation appears to help by correcting the imbalance.

How much helps: Work with your doctor to determine the right dosage for treating migraines. Daily dosages may begin at 200 mg per day and go as high as 600 mg daily. Always drink a full glass of water with your supplement.

daily experienced a greater than 50 percent reduction in the number of days with migraines. A subsequent double-blind, randomized trial found similar benefits — and in both studies, patients experienced no ill side effects.

How it helps: increases blood flow to the brain, improves circulation, and protects cells from oxidative damage. It also helps stabilize blood sugar; low blood sugar is a major trigger for many migraine sufferers.

How much helps: Nutritionist Phyllis A. Balch recommends 60 mg of as a preventive treatment for migraines in her excellent text Prescription for Nutritional Healing (fourth edition). Nutrition guru Jonny Bowden recommends 100 mg per day, to be taken three times per day (the same amount prescribed in the double-blind study). Work with your doctor to determine the best dosage for you.

Best vegan food sources: Food sources of CoQ10 aren't well documented, but this nutrient can be found in whole grains.

is a bushy, aromatic herb plant related to daisies and widely used by herbalists and practitioners of Traditional Chinese Medicine (TCM) for preventing migraines and other types of headaches. According to nutrition guru Jonny Bowden, "Using feverfew together with another herb, white willow bark, reduces the frequency, intensity, and duration of migraine attacks by up to 60 percent."

How it helps: helps alleviate the throbbing pain associated with migraines by reducing inflammation, especially in the blood vessels in the brain. It also has minimal side effects. It can help quell vomiting and nausea in migraine sufferers who experience those symptoms.

How much helps: A minimum of 250 mg per day may be helpful. Bowden recommends 300 mg, twice daily for two weeks. Other experts recommend an ongoing regimen that lasts four weeks or more before you can expect to see results.

Caution: Be sure to talk to your doctor before taking feverfew (or any herbal remedy). And don't take it if you're pregnant or planning to get pregnant.

fatty acids protect brain cells and reduce inflammation, which may help to reduce the pain associated with migraines. In addition, omega-3s appear to be beneficial in reducing the frequency and duration of migraine headaches.

Nutritionist Joy Bauer recommends 1,000 mg daily from a combination of EPA (eicosapentaenoic acid) and DHA (docosahexaenoic acid), two beneficial types of omega-3. If you take omega-3 supplements, store them in the fridge to prevent the oils from oxidizing.