How to Conquer Your Fears according to the US Navy 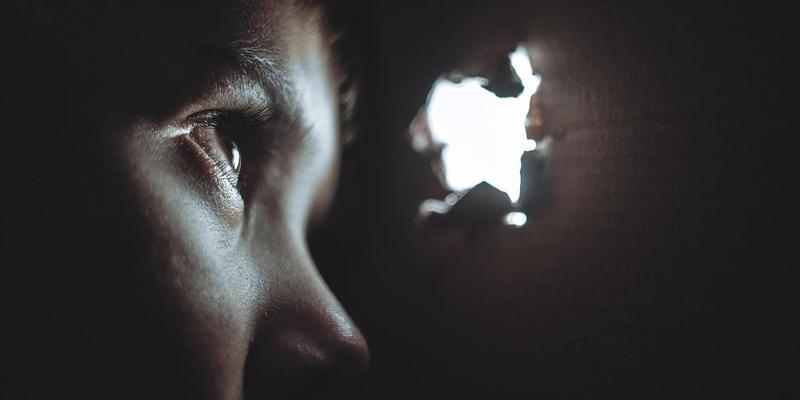 In stressful situations when our life is threatened, we have a very powerful mechanism of protection. It is an automated system within our brain that acts even before we are able to take conscious action.

This system has protected us during the millions of years of evolution from predators and imminent danger. Even though it is very sophisticated, it can have flaws.

Say “hello” to the amygdala

The amygdala is well hidden in the depths of the human brain and it developed prior to our neocortex (the thinking brain). It is part of the limbic system, and its purpose is to regulate emotional reactions such as fear and aggression.

Since the limbic system and the amygdala are older than the neocortex (in terms of evolution), it has priority (in response) whenever dealing with very dangerous situations. A tragic example that shows how we can act prior to being conscious is the story of Matilda Crabtree.

Back in 1994, Matilda was a 14-year-old girl who wanted to pull a prank on her parents. As Bobby Crabtree and his wife returned home late at night, they thought Matilda was at one of her friends’ houses. However, as they entered home, Bobby heard some noise coming from upstairs. Matilda hid in the closet wanting to scare her parents. Bobby went upstairs, took his gun and went to Matilda’s bedroom. When she jumped out of the closet, Bobby pulled the trigger. Matilda died 12 hours later.

Bobby’s fear kicked in and his body took action way before he could be conscious of what he was doing. We are talking about milliseconds here, the bits of time that can really make a difference. Bobby Crabtree was not prosecuted because what happened was an accident. However, you can imagine the pain this father had to live with throughout his life.

The mechanism of fear

The frontal lobes (part of the neocortex) are responsible with conscious and rational decision making processes.

The amygdala is twice as fast in response than the frontal lobes and this sometimes can be misleading. The purpose of the amygdala is to protect, no matter what.

There are some fears that are pre-programmed in the human brain. This means that we are born with them. Fear of choking, drowning, heights, and even the fear of public speaking are examples of such.

Whenever in peril, the amygdala kicks in as the first commander; it sends signals to the hippocampus (another part of the limbic system) which in turn releases stress hormones, such as cortisol and adrenaline. They prepare our body for the fight or flight response.

Thus, all the energy available is hijacked and directed to the feet for running from, or to the hands for fighting against imminent danger.

Members of the US Navy Sea, Air, and Land Teams (SEALs) are often confronted with such life-threatening situations, and to succeed, they have to effectively conquer their fears. It has been shown that humans can minimize the time before the fear stimulus reaches the frontal cortex so that the decision is more conscious. It basically means that the response from the frontal cortex should be as close as possible to the response from the amygdala.

Navy SEALS are trained to increase their mental toughness with the ultimate purpose of controlling their fears and being able to appropriately respond in panicky situations. The technique is called the Big Four and (as you guessed) it has four parts:

When you are in a stressful situation, your amygdala is firing like crazy. Emotions, fear, stress, you name it; it’s a total chaos. The frontal lobes can bring structure to this inferno through goal setting. They can keep the amygdala at ease. SEALs often think about their friends, family, religious beliefs, and other important things from their lives. The key point is to see something positive in the future (in the near future, if possible) that serves as an anchor to your inner balance.

Mental rehearsal is also known as “visualization,” and it refers to continuously running an activity in your mind. When a real situation occurs, you are better prepared to fight it. Take, for example, Michael Phelps: Few people know that his training is insane. I have learned from Charles Duhigg’s book, The Power of Habit, that throughout his years of training, Michael Phelps followed the same routine over and over again, with the preciseness of an atom clock. From getting closer to the Olympic pool, to fixing his goggles, to stepping onto the diving board, then the jump, the first contact with water, each hand movement, and so on—all of these coordinated so accurately that he knew them by heart. They were part of him.

Phelps’s coach used to name this routine “the track.” Now, in this track, Michael basically confronted all the scenarios that can possibly occur.

It was the day of the finals for the 200-meter butterfly swim at the Beijing Olympic games. Phelps was prepared. When his coach saw him enter the arena, he shouted at him to plug-in the “track.” Michael was already plugged-in. He was a winner even before getting into the pool. Everything in place, the way he knew it by heart: the diving board, the water, hand movements. But wait—something was wrong. Water started to enter into his goggles. He could not see.

When I first heard the story, I thought that it had a sad ending. However, Phelps was trained for this. He already had a scenario in mind when this would happen. Sight would not be a problem for him because he knew by heart how many hand movements he needed to make until reaching the wall. He played “the track,” and amazingly he won the gold medal, finishing 0.66 seconds faster than Laszlo Cseh, coming in second place. This is the power of mental rehearsal. Confront the bad situation in your mind over and over again, and it will come naturally when you face it for real. This is what many public speakers do. Even psychologists treat phobic patients by exposure to the stimuli causing the phobia.

We know from research (here or here) that the average person speaks to himself more than 400 words per minute. Logic guides me to say that it would pay much of a difference if these words are predominantly positive. These guys say that positive self-talk can override the signals from the amygdala. I’ve personally learned about positive self-talk from Brian Tracy’s book The Power of Self-Confidence.

This is more of a physical exercise. It focuses on breathing, and it requires to deliberately breathe slower as it helps counteract some of the effects of panic. Long exhales mimic the process of relaxation within the body. Long inhales provide much more oxygen to the brain which results in better cognition processes. Each of these techniques may not work when used individually due to the powerful signaling coming from the amygdala, but they can definitely kick-ass when used together.

These techniques can be applied in different contexts, such as when your life is threatened, or when the sweets aisle at the supermarket is threatening your waistline.