EuropeSpa Blog: What is Thalassotherapy? 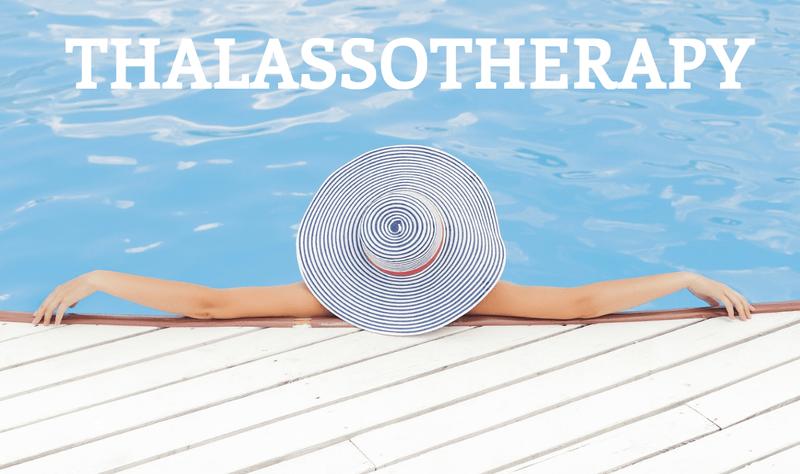 “The sea cures all ailments of man.” – Plato

Since ancient times humankind has always turned to water for healing purposes. Water was considered sacred and nobody questioned its balancing and well-being effects. Today we use the term “Thalassotherapy” and treatments are available almost everywhere. But what is Thalassotherapy exactly?

Thalassotherapy, as a curative method, originated from the Greek (“Thalassa” means sea, “therapeia” means healing) and it is defined today as a seawater cure in a medically supervised environment. It is not only limited to the water itself. Treatments that apply seawater, seaweed, mud, sand and basically all substances coming from the sea are used for curative and preventative purposes, too.

Thalassotherapy centres appeared and became popular in the last century, first in France, as an alternative healing way. Official Thalasso centres must be located at no more than 500 metres distance to the sea, have a coastal climate and can use only pure, clean seawater. In France there is a severe regulation, which states that no factory or industrial complex must be found in a 10 km radius from the Thalasso centre in order to guarantee the pureness of the water.

Most famous centres in the world are located in France, Great Britain, around the North-African cost, in Greece and at the Dead Sea. In this context it is interesting to note that from a Thalasso aspect the coast in France is divided as follows: The one close to the English Channel is invigorating, the cost of the Atlantic Ocean is tonic, while the Mediterranean part has relaxing qualities. According to French experts, thalassotherapy is one of the best remedies to mineralise and detoxify our body.

According to recent research, an 8-day stay at a thalassotherapy centre restores the balance of the body for the next 6 months. It means that a cure twice a year can contribute significantly to our health and well-being.

Let’s have a closer look at the different types, the most important facts and benefits of thalassotherapy:

Affusion seawater sprays: Seawater has negative ions, which is beneficial for the respiratory system, allergies, inflammation and generally energizes the whole body.

Seaweed wrap: Thin layers of algae are placed on the skin, which is mineralizing, slimming, relaxing and tonic.

Cryotherapy: Lower parts of the body are wrapped in cooled, seaweed bandage, which force the veins to stimulate circulation.

When the body is immersed in seawater with a temperature of 33-37° Celsius for a duration of at least 12 minutes it is almost equivalent of a 20-hour immersion in the sea at normal conditions.

than the sea itself.

Improves the oxygen supply to cells

Improves the muscular system and firms the connective tissues

Everybody. But mainly for those:

Suffering from stress, burnout, exhaustion, heart and blood vessel issues, rheumatic pains, skin problems. It is also often applied for firming and toning, boosting the immune system, improving overall well-being and for the replacement of trace elements in the body.

There are certain situtations where Thalassotherapy is not advisable, for instance if you suffer from: Iodine sensitivity, cancer, blood pressure issues or asthma.

Duration of a Cure

The efficiency of Thalasso cures mainly depends on their intensity and the length of the treatments. Once we have decided to start a treatment series it should be an intensive one. For example:

In case of 6 weeks in a Day Spa, 3-4 treatment per week are recommended

In case of 1 week at a Resort Spa, 3-4 treatments per day are recommended

We have good news as well for those, who would like to have the blessing benefits of thalassotherapy in beauty parlors, as the famous thalassotherapy brands are already available in beauty shops, too. Even though you will already see and feel the results after only one treatment we suggest getting a minimum of 2-3 therapies for long-term benefits.

Have a look at our infographic to find out about different types of algae used in thalassotherapy and their main active ingredients, their character and fields of application: