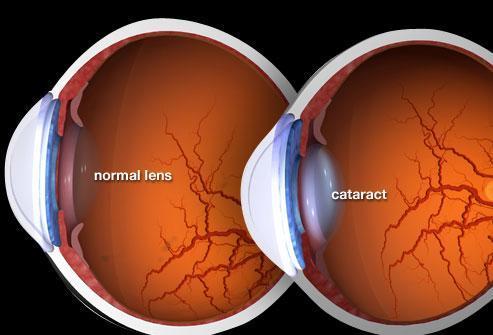 Throughout the world, cataracts are the leading cause of blindness and vision loss. In the United States, more than 50 percent of all people aged 80 years and older have had cataract surgery, costing an estimated $6.8 billion a year. Cataract surgery is the only definitive way to treat cataracts.

Because of limited resources, citizens of developing countries often are unable to afford cataract surgery and must suffer through progressive lens opacity that makes it not only harder to see under regular conditions but also especially hard to see at night or when glare is an issue.

In other words, it's really hard (and dangerous) for people with cataracts to drive at night.

Because of the limited availability of cataract surgery in many countries throughout the world, experts in the field have long been searching for a way to prevent cataracts. It's estimated that discovery of a preventive measure that delays the onset of cataracts by 10 years could result in a 50 percent decrease in visual and surgical burden. Currently, many eye researchers believe that consumption of antioxidants in some manner may prevent cataracts.

A generally well-accepted hypothesis concerning the development of age-related cataracts pegs oxidative stress and osmotic imbalances as a cause. More specifically, an excess of free radicals damage lens proteins and lipids in the epithelium thus obfuscating the lens and leading to progressive opacity. Antioxidants like vitamin C and vitamin E stabilize these free radicals, and thus squelch the destruction free radicals cause.

In fact, we know that the lens preferentially stockpiles some antioxidants like suchaslutein, zeaxanthin, vitamin E, and vitamin C.

To be sure, factors other than oxidative stress and free radicals also play a role in the development of cataracts including:

Such factors likely further exacerbate oxidative stress and impair your eye's ability to defend against damage or repair lens damage.

Results from a Swedish study published in JAMA Ophthalmology in 2014 suggest that prevalence of cataracts is reduced among people who regularly consume antioxidant-rich foods like leafy vegetables, whole grains, and coffee. In this large study of middle-aged and elderly women, confounding variables such as smoking, body mass index, physical activity, and educational level were adjusted for, and results were still statistically significant.

One recent randomized-control trial published in the journal Ophthalmology in 2014 suggests that multivitamins rich in antioxidant mixtures reduced the risk of nuclear cataract — a type of cataract — by 9 percent during a period of 11.2 years.

Another study suggests that in those research participants already eating a diet rich in antioxidants, high-dose antioxidant supplementation may actually increase risk of cataract formation. This counterintuitive finding is attributed to the hypothesis that in excess amounts, antioxidants can actually convert over to pro-oxidants and cause oxidative stress.

A reason why individual antioxidant supplements or multivitamin preparations do little to prevent cataracts probably has to do with the complexity of human metabolism. To date, no limited and artificial combination can yet reproduce the antioxidant-rich milieu present in healthy foods. Furthermore, there are likely many more antioxidants that we have yet to discover, and these unknown antioxidants probably play a big role in the prevention of cataracts and other types of disease.

by Naveed Saleh For Very Well