“Biohacking” — New Diet Based on Fasting and Hard Scientific Data 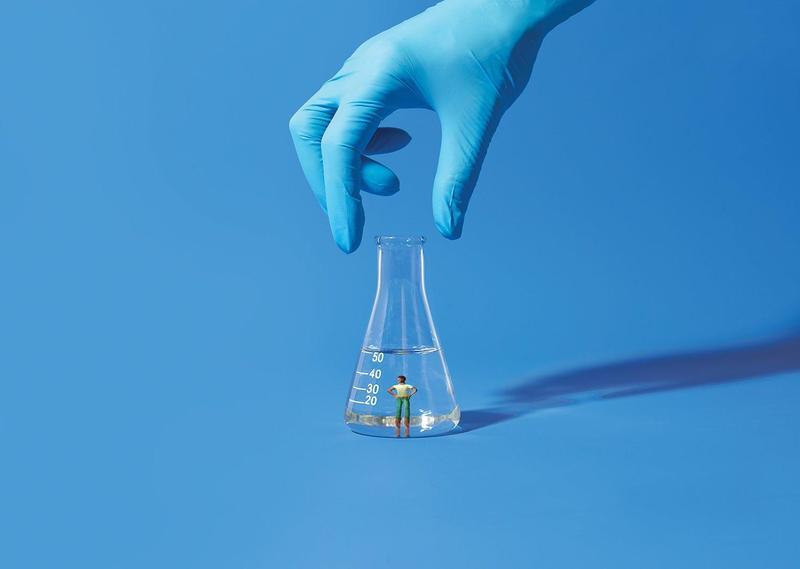 Based on more or less scientific foundations, the new died dubbed “Biohacking” claims you can change the way your body works through long periods of fasting. To put it simply, you should stop eating 36 hours a week and even fast for up to 3 consecutive days, four times a year.

Intermittent fasting is supposed to result in weight loss, fight diabetes and reduce the risk of heart disease, but mostly increase intellectual performance. According to neuroscientist Mark Mattson, during fasting the brain develops better responses to situations of stress and anxiety and improves its memory capacity. According to him, three meals a day is a "myth" that is more beneficial to agribusiness multinationals than to the individual. Dave Asprey, an American keen lover of coffee, recently popularised biohacking. He has apparently developed tricks to optimise his physical and intellectual performance on a daily basis with “bulletproof coffee”, that is coffee laced with butter that "stimulates the brain, energy levels, makes you a better worker, a better father, a better friend and a better person." Thanks to his methods, he claims to have lost 45 kg and increased his IQ by 10 points while sleeping less and eating more. Dave Asprey also recommends you sleep only 6 hours per night and warns that you should avoid having orgasms at more than an X day interval (when X is your age minus 7 and divided by 4). There are endless studies to show the benefits that intermittent fasting diets – such as the popular 5:2 - can have on the body, from weight loss to tackling diabetes to lowering the risk of heart disease. It's also been reported to boost brain power. Phil Libin, the former CEO of Evernote and current CEO of AI Studio All Turtles claims that regular periods of fasting have made him “a better CEO,” citing it as one of the most important things he’s ever done in his lifetime. "Most people think that my regimen is crazy and that it is impossible”, Geoffrey Woo CEO and co-founder, of Nootrobox supplements, told The Independent earlier this year when he conducted a week-long fast at his company with 100 members of WeFast, a community he launched for those who regularly practise intermittent fasting. He now fasts for 36 hours every week and embarks upon three-day fasts four times a year. Fasting reached peak popularity in 2014, when the 5:2 racked up a substantial celebrity following, which included the likes of Miranda Kerr and Jennifer Anniston. Then came the eight hour diet, which limited the hours of eating to a restricted time period. However, it wasn’t until neuroscientist Mark Mattson gave a TED talk entitled “why fasting bolsters brain power” that the tech wizards of Silicon Valley really started paying attention to fasting as a means of biohacking. Mattson explained that our brains respond to the challenge of fasting by activating adaptive stress response pathways that help the brain cope with anxiety and reduce the risk of disease. He argued that fasting also increases the production of proteins in the brain called neurotropic factors, which promote the growth of and synapses of neurons. This increases the number of mitochondria neurons in the brain, which explains the surge in energy and learning and memory ability that many intermittent fasters claim to experience. He likened the brain's response to fasting to its reaction to exercise and explained that we could all benefit from an increase in productivity on days that we fast. He also explained that our generic "three meals a day plus snacks" routine benefits food companies more than it does members of the public. “The food industry: are they going to make money from me skipping breakfast like I did today?” he told the audience at John Hopkins University. However, nutrition experts disagree, explaining that fasting can be extremely detrimental to our health in the long term. “Our bodies need nutrients to function,” Jo Travers said. “Practically every process that happens in the body needs a vitamin, mineral or amino acid, and if you don’t eat for long periods then this can affect how the processes work. If you don’t eat protein (the main ingredients of hormones, enzymes, neurotransmitters and important for cell structure), your body will break down muscle in order to recycle the components. So muscle breakdown accounts for quite a bit of the weight loss in fasting diets, rather than fat,” the registered dietician and Low Fat Diet author explained. She added that this can have a reverse effect on weight loss in the long term by actually increasing our body fat percentage. Leading Harley Street nutritionist Rhiannon Lambert agrees, citing fasting as particularly harmful for those with pre-existing mental health conditions. She concludes: “I wouldn't advise this if you have anxiety, medical conditions that may cause problems like diabetes and eating disorders or a history of disordered eating.”