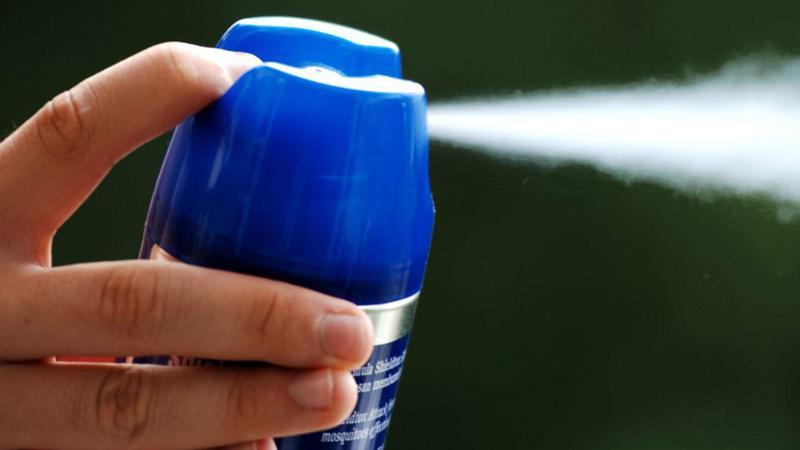 What causes cancer? While we definitely don’t know everything that can trigger this disease, what is clear is that more people are dealing with this disease. According to the National Cancer Institute, approximately 39.6 percent of men and women will be diagnosed with cancer at some point in their lives. Previous research shows that genetics account for only about half of all cancers, suggesting environmental exposures and socioeconomic factors may also play a role. Cancer has quickly risen to one of the leading causes of death, but knowing your risk can help you avoid this devastating diagnosis.

Obesity, poor diet, hormonal imbalance and chronic inflammation are all well-known causes of cancer. But some cancer-causers aren’t so obvious. What if I told you that daily exposures and seemingly harmless habits could actually increase your risk of cancer? Here are some of the most surprising things linked to cancer.

1. Where you live. A 2017 study published in the journal Cancer found that in the United States, counties with the poorest quality air, water, land, built environment and sociodemographic factors face increased incidence of cancer. Poor air quality and the built environment (presence of major highways, availability of public transit and housing) correlated most strongly with high cancer rates. These findings applied to both men and women, with prostate and breast cancer most strongly associated with poor environment. (2) Other research tells us that minority neighborhoods face a higher risk of cancer due to air pollution.

Researchers measured levels of “volatile organic chemicals” in six houses in York, England, over the course of five days. They asked each resident to note the scented candles, air fresheners and cleaning products they used — including how often they used them. Then, they tested the air in each home. Limonene — a synthetic chemical used to create citrus smells, turned out to be the number one culprit detected. Unsurprisingly, the houses using the most scented products tested positive for the highest amounts of limonene.

More research is needed before considering this data conclusive, but when limonene is released into the air, it reacts with ozone to create formaldehyde, which has been linked to a number of different cancers — including myeloid leukemia and nasopharyngeal cancer. The dangers of synthetic scents range beyond cancer, too. Fake fragrances are linked to hormone chaos, asthma and other serious health issues.

How to avoid it: By reducing your use of scented products, you can reduce the amount of limonene (and therefore formaldehyde) exposure. Limonene isn’t the only ingredient to be weary of. Try avoiding any product that lists fragrance, parfum, phthalates, DEP, DBP or DEHP as an ingredient. According to the Breast Cancer Fund, avoiding synthetic scents is one of the main ways to help yourself.

3. Happy hour. In 2016, Danish researchers published a study linking increased alcohol consumption and breast cancer risk. Researchers found that women who increased the amount of alcohol they drank over a five-year period faced a higher risk of breast cancer. However, the same study found a lower risk of heart disease in the women who drank more. Luckily, there are better alternatives to lowering your risk of heart disease, including daily exercise, eating a nutrient-rich, healthy diet and managing stress.

Besides breast cancer, researchers also linked alcohol to head and neck cancer, esophageal cancer, liver cancer and colorectal cancer. Why does alcohol pose these negative effects? Our bodies metabolize ethanol in alcoholic beverages into acetaldehyde, which can damage DNA and proteins in the body. Alcohol can also trigger oxidation in the body, further damaging DNA, proteins and fats. Impaired nutrient absorption and increased levels of estrogen may also be to blame.

4. Sawdust. Here’s one you may have never heard of before. The International Agency for Research on Cancer (IARC) classified wood dusts as human carcinogens, too. One study observed furniture workers and other workers exposed to wood dust were more likely to develop a form of nasal cancer called adenocarcinoma. Hardwood dusts, including beech and oak, pose the highest risk. You can control your exposure to wood dust through well designed ventilation systems and/or respiratory protection. Thankfully, The National Institute for Occupational Safety and Health (NIOSH) in the U.S. developed guidelines for local ventilation systems for different woodworking equipment. Previous studies now show higher exposure levels than the levels seen today. But regardless, be sure to wear a respirator or mask certified to protect you from fine wood dust particles.

5. Food packaging. What causes cancer? Food, right? We often hear that our dietary choices impacts cancer risk, but the packaging may also play a role. Fast-food and fast food packaging like wrappers and boxes often contain perfluorinated chemicals. Also known as PFCs and PFASs, these grease- and stain-repellent linings in packaging easily migrate from the packaging and into food. These chemicals are linked to everything from cancer and developmental issues to reproductive problems, impaired immune function and other health effects.

How to avoid it: While eating out, it may be extremely difficult to avoid perfluorinated chemicals, but you can try to eat fresh meals at home as much as possible. Also avoid paper plates and other tableware — it’s often coated in the same grease-proofing chemicals. (So are most microwavable popcorn bags, so opt for the old-fashioned stovetop kind, too.)

6. Certain sunscreens. While exposure to too much sunlight damage may cause cancer, overusing the wrong type of sunscreen also possess its own risks. Benzophenone-3 (or oxybenzone), a common ingredient in sunscreens, produces free radicals, which can trigger DNA damage and cancer growth. The FDA is limiting benzophenone-3 to 6 percent — and hasn’t outright banned the chemical — because of what the agency calls its effectiveness in protecting against UV rays. (12)

How to avoid it: Check out this list of the best sunscreens. And make it a point to read sunscreen labels and avoid purchasing any that contain harsh chemicals such as para amino benzoic acid, octyl salicyclate, cinoxate, dioxybenzone, phenylbenzimidazole, homosalate, menthyl anthranilate, octocrylene, methoxycinnamate, parabens and, of course, oxybenzone. To avoid any of these harmful ingredients, you can even make your own homemade sunscreen with essential oils, coconut oil, shea butter and non-nano zinc oxide.

7. Lack of sunlight. According to researchers at Moores Cancer Center at the University of California, San Diego, approximately 250,000 cases of colorectal cancer and 350,000 cases of breast cancer could be prevented worldwide by increasing levels of levels checked regularly.

How to avoid it: There are a number of ways to soak up the sun and get your daily dose of vitamin D. You can take a weekend getaway to enjoy the benefits of camping, go for a run outside, simply practice earthing, start a garden, bike, focus on swim workout benefits at an outdoor pool and so much more.

8. Viruses and bacteria. While viruses and bacteria pose serious short-term risks, some also pose long-term health effects. Viruses like the Epstein-Barr virus and HIV are linked to cancer through a number of studies. Researchers believe that at least 95 percent of the population is generally impacted by the Epstein-Barr virus (EBV) by adulthood. EBV is most known for causing mononucleosis, or “mono,” the “kissing disease,” but most EVB infections aren’t noticeable — even when active in the body. Most people suffer no symptoms or immediate consequences. EBV remains dormant throughout life until triggered by anything from exposure pesticides or mold. Nutritional deficiencies, injury, heavy metal exposure and mental trauma can also bring a dormant virus back to life. In a 2016 study, researchers found that breast cells bonded to the Epstein Barr virus and transformed into an aggressive cancer. For this reason, researchers concluded EBV may increase the rate of the growth of malignant breast cancer.

Research also shows that individuals with HIV face a higher risk of developing Kaposi’s sarcoma, non-Hodgkin lymphoma and cervical cancer. In fact, these are often called “AIDS-defining conditions” because if someone with HIV also has one of these conditions, it may signify the development of AIDS.

9. Working the night shift. Nearly 15 percent of Americans work the night shift, and according to a number of large studies, this late-night work may increase cancer risk in some people. In a study of mice, MIT researchers found that two genes tasked with controlling cells’ circadian rhythm — the 24-hour cycle that regulates when we go to sleep and when we wake up — also function as tumor suppressors.

Given that the body’s central circadian rhythm (also known as the body’s “master clock”) works primarily in response to light and darkness in the environment, night shifts interfere with the body’s natural circadian rhythm. In the study, researchers divided mice into two groups; one group of mice went through a normal light schedule (12 hours of light and 12 hours of darkness). Researchers exposed the other group to an extra 8 hours of light every 2 to 3 days. Compared with the control group, the mice exposed to abnormal lighting experienced faster and more aggressive tumor growth.

10. Burnt food. What causes cancer? Cancer’s link to fried food and inflammation may not be a surprise, but there’s more to the story. Acrylamide is a chemical created in starchy foods (like potatoes and toast) when they’re cooked at higher temperatures. Frying, baking or broiling starchy foods above 248 degrees Fahrenheit seems to trigger acrylamide formation, while boiling and microwaving are less lightly to. Studies suggest that acrylamide can damage DNA and cause cancer in animals. (I still avoid microwaving my food for other reasons) For this reason, the International Agency for Research on Cancer named acrylamide a “probable carcinogen,” but as of yet, eating foods containing acrylamide has not been directly linked to increased cancer risk in humans.

How to avoid it: To be safe, however, experts suggest eating these starchy foods just “golden” and not burnt. Avoiding frying, baking or broiling for long amounts of time at high temperatures can also keep acrylamide at bay. And use this easy tater trick. Soaking raw, sliced or cut spuds for 30 minutes reduces acrylamide levels by 38 percent. If you have more time, a 2-hour soak will nearly cut acrylamide levels in half. But even a quick rinse helps, reducing levels by 23 percent.

Of course, avoiding french fries and chips is a great way to eliminate acrylamide and excess calories, too.

When it comes to lowering cancer causers in cooked meat, you can lower HCA levels by using vinegar-based marinades instead of sugary ones and including things like turmeric, garlic and herbs like rosemary.

11. A sedentary lifestyle. A 2014 analysis by the University of Regensburg, Germany, published in the Journal of National Cancer Institute, assessed the correlation between TV viewing time, recreational sitting time, occupational sitting time and total sitting time as it relates to cancer risk. When comparing the highest levels of sedentary behavior to the lowest, researchers found the more sedentary participants faced a higher risk of colon, endometrial and lung cancer. The cancer risk elevated with each 2-hour increase in sitting time. This seemed to be regardless of physical activity, implying large amounts of time spent sitting can still be detrimental even if otherwise physically active.

How to avoid it: While sitting for hours on end can sometimes feel inevitable for office workers, to avoid falling into the trap of a sedentary lifestyle, try a standing desk or replace your conventional office chair for an exercise ball. Throughout the day, set alarms to remind yourself to stand up and stretch every once in a while. If you can, start hosting walking meetings or take your calls while strolling around the building.