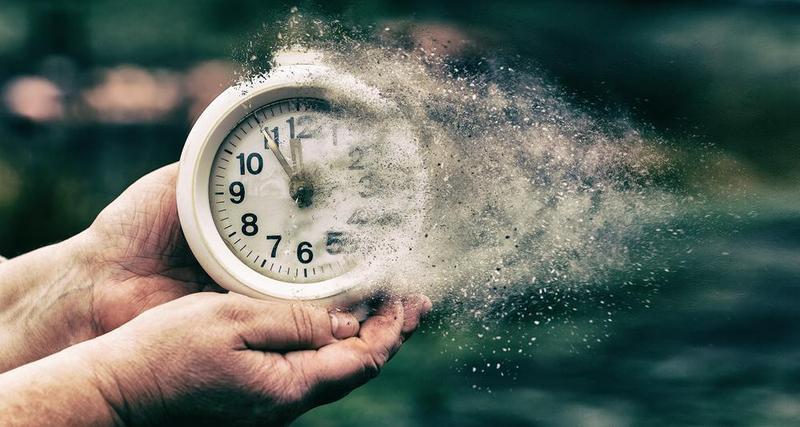 Because today's perception of the universe is governed by "rational" principles, that is, we tend to see the world around us in terms of how (we are told) it really exists, the ancients' way of trying to determine information about a disease by observing the position of the planets and stars may seem rather strange to some of us. But the ancients saw the world and the universe in a different way than we do today; they perceived and interpreted the world around them as a reality, that is, as they experienced it both objectively and subjectively. They therefore saw no problem in accepting the correlations they found between their own experiences and the great cosmic clock of planets and stars. To them it was no more strange to use astrology to predict the weather than to predict the course of a disease.

There are many things that may be argued for and against both the modern and the ancient world views, but whatever one's opinion may be, to regard our ancient ancestors as a bunch of primitive fools and ourselves as profoundly enlightened, would be a grave error. There are certainly many things in our modern "rational" and "scientific" perception that the ancients would have considered quite irrational, because it blatantly contradicts everyday personal experience. Let us now have a look at the principles and practice of medical astrology. Please note that this is only a basic overview, as astrology is a complex and deep subject, that requires a great deal of study and knowledge.

The main function of medical astrology is to provide an indication as to whether the cosmic influences extant at the time of an illness are likely to be advantageous or disadvantageous to the sufferer, and thus the: Likely severity of the particular disease Likely duration of the disease Probable eventual outcome of the disease, and Additional means that might be employed by a Physician to counteract the disease and thus facilitate the restoration of the patient's health. Traditionally the most common astrological methods used in medical astrology are natal transits (the birth chart compared to the current position of the zodiac and the planets) and horary astrology (hora = hour, a chart based solely on the current position of the zodiac and planets). A medical horary chart is also known as a decumbiture ( = lit.: "lying in") chart, as it is normally cast for the time the sufferer takes to their bed. Transit charts have only come in use relatively recently and decumbiture charts are by far the most ancient approach.

Firstly, some terminology. In medical astrology "planets" usually refers to the "visible" planets: Mercury, Venus, Mars, Jupiter and Saturn, but also includes the Sun and the Moon. The zodiac is a 16° wide band of sky that follows the apparent path of the Sun. The zodiac is divided in 12 equal parts called zodiac signs, which are: Aries, Taurus, Gemini, Cancer, Leo, Virgo, Libra, Scorpio, Sagittarius, Capricorn, Aquarius and Pisces. Due to the earth's ration, the zodiac appears rotate around the earth approximately once every 24 hours. The 12 Houses are fixed divisions of the sky - from the point of view of an observer on earth - through which the planets and the zodiac appear to move as the earth rotates on its axis. Return to the Medical Astrology index. Astrological Influences and Effects. In medical astrology each of the seven planets provide their own unique influence towards the outcome of an illness, depending on the location of the planet in the zodiac. The twelve zodiac signs represent certain aspects of the physical body, which include specific regions and one or more organs and their functions. The 12 Houses represent environmental or "mundane" influences or effects. Table of Planetary Influences. Planets: Influences: Planets: Influences: Sun Vital, tonic, warming and drying. Relates to heart function and to vital energy. Mars Inflammatory, aggressive, eruptive, warm and dry, choleric. Relates to the sex drive and to oxygen metabolism. Moon Collecting, diluting, cleansing, cold and moist, phlegmatic. Relates to the emotions, fluid balance and the hormones. Jupiter Expansive, nourishing, warm and moist, sanguine. Relates to the blood circulation, liver and fat metabolism and cellular nutrition. Mercury Cold and dry. Relates to the nervous system and to nervous activity. Saturn Contracting, slowing, binding, restricting, hardening, devitalising, cold and dry, melancholic. Venus Relaxing, warm and moist. Relates to nutrient assimilation, sugar metabolism, tissue tone and lymphatic function.

Table of Significance of the Houses in Astrology. House: Areas of Significance: House: Areas of Significance: I. First House. The physical body, physical appearance, personality, attitudes to health. VII. Seventh House. Partnerships. The type of people one tends to attract. Compliance with treatment procedures. II. Second House. Material circumstances. Matters relating to the diet. VIII. Eighth House. Shared resources. Legacies from past illnesses and lifestyles. Life expectancy. III. Third House. Communication. Close relatives. Education. Ability to adapted to and learn from situations. IX. Ninth House. Philosophy, spirituality, higher education and travel. Professionals sought out for advice. IV. Fourth House. The home and immediate family. Genetic influence from a parent, usually the mother. X. Tenth House. Status and reputation; the career. Genetic influence from a parent, usually the father. V. Fifth House. Romantic issues and offspring. Tendency towards risk-taking. Entertainment. XI. Eleventh House. Hopes and wishes. Friends. Sources of assistance in overcoming obstacles and illness. VI. Sixth House. The most important House for determining health. Doctors, nurses and dentists. Health and lifestyle. XII. Twelfth House. Misfortune, worries. Adversity due to ill-considered decisions. Hospitals, hospices, retreats. Return to the Medical Astrology index. Considerations in Medical Astrology. There are three primary things considered in a medical astrology chart of any type; these are: 1. the Sun, the zodiac sign and House it is in, and any relevant influences from other planets; 2. the Moon, the zodiac sign and House it is in, and any relevant influences from other planets, and; 3. the Sixth House, the zodiac sign on its cusp, any planets located in or associated with the House and any relevant influences by other planets. The Sun is usually considered to be the primary indicator of the health of a male, with the Moon being of secondary significance. For the female the Moon is the primary health indicator, while the Sun is of secondary significance. The Sixth House refers to health matters in general and is the most important House in a health related chart. There are also other things to consider, such as the placement of the planets in the sky, that is the zodiac sign and House the planets are located in, and their relationship to one another, in other words, whether there is a significant aspect (angular alignment) between planets. Of course there are a number of other considerations that are not mentioned here, but this is, as stated before, just a basic overview.

Click on this button for an example of a Decumbiture chart

Finally, medical astrology was for thousands of years an important, if not an essential part of medicine. Although cultural perspectives may have changed over the years, the reality of cosmic influences on the natural world has not. Today we listen to weather forecasters who use careful observations and complex mathematical models to give us prediction that help us in planning our lives and prevent us from getting caught in potentially health damaging, or even life threatening situations. In that respect, nothing much has changed and it is often forgotten that weather patterns are, by-and-large due to external cosmic influences on this planet. In the past the focus was on the larger picture, the influences from the "planets" and the significance of the relative position of the earth in the universe. But despite the popular belief today, that our ancestors considered that the planets and the stars had unswerving control over their life, or that they caused or cured disease, this was never really the case. They did however like us today, want to know the influences they might have to deal with, so they could plan and adapt accordingly. Needless to say, the fact that astrology is currently not a "politically correct" scientific subject, makes it neither truth nor nonsense. On the other hand, thousands of years of accumulated "evidence based" knowledge must surely hold some weight. In the end it is up to all of us to decide what drives us more, a truly open mind, or a strong need to "fit in" with what we perceive to be the norms of society. There are many other aspects to astrology that have been barely touched on here, and even more that have not been mentioned at all. As might be expected of a technique that has flourished for thousands of year, astrology has developed many layers of expression. Astrological pursuits in modern times range from the lighthearted, to the serious and from plain scams to those who sincerely dedicate their life to its study. One thing is for sure. Astrology is not for the simple-minded and gullible. It requires a good grasp of science and mathematics, excellent concentration, a photographic memory and deductive skills that a detective would be proud of. But above all, it requires insight, intelligence and lack of bias. If you have all of these, astrology might be for you. And if you are also good at medicine, the great Hippocrates would have approved.