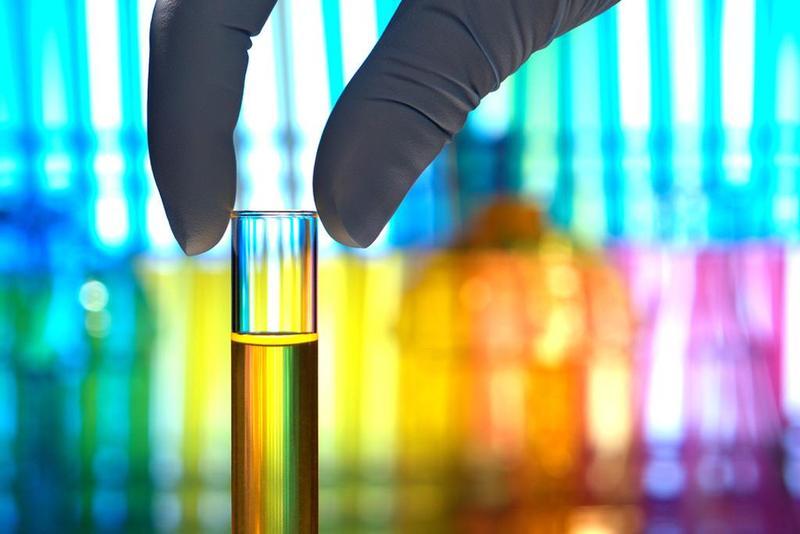 Concerns over funding, intellectual property, and patient privacy can cause some institutions to wait before they release their data.

At last month’s Cancer Moonshot Summit, the vice president promised to cut federal funding for studies that don’t publicly disclose their results within the prescribed amount of time.

“Vice President Biden is correct that progress in cancer has been limited by the lack of data sharing. If everyone shared everything, we would likely be farther along with cures than we are,” Dr. Marie Csete, Ph.D., president and chief scientist at Huntington Medical Research Institutes, told Healthline.

So, that brings up this important question. Why would researchers hold back on sharing information?

Regulations call for researchers to make data publicly available within a year.

However, experts told Healthline this process can be expensive and isn’t necessarily paid for by the government or companies sponsoring studies.

“Making the results of a clinical trial publicly available is absolutely something we should be, and are doing. We owe it to patients who participate in clinical research. But it’s an underfunded mandate. That’s why some centers are not meeting deadlines,” he said in an interview with Healthline.

Sekeres added that confidentiality is also a concern.

“What further complicates it is that this federal mandate is somewhat in conflict with other mandates meant to protect patient privacy,” he said. “You can’t just take data and upload it to a public site. You have to make sure data is de-identified. More than that, you have to further de-identify so that patients with rare cancers can’t be identified.”

When studying rare cancers that affect a small number of people, it’s not enough to remove the patients’ names and ages.

“To truly de-identify is to eliminate the ability to assess endpoints that are important to us in clinical cancer studies,” he added. “So to do the sort of thoughtful, collaborative research the vice president is referring to, and should be our goal, isn’t as easy as uploading data to a public website.”

It takes a lot of resources to work around the problem.

Sekeres explained that one approach is to identify other cancer centers with data in a cancer you want to study. Then you agree you will share and collaborate on research, with legal guidelines in place.

“That’s what we do right now. But it’s not publicly available,” he noted.

Csete told Healthline that data sharing is complicated by the fact that developing new therapies and obtaining patents is expensive and time consuming.

“You can't get investment in a new therapy if you haven't protected your intellectual property,” she said. “You cannot talk about your results in a public forum before the patent is issued. Otherwise, you jeopardize the patent being issued.”

She said there’s a need for balance between preserving details of research results to protect intellectual property and protecting information deposited into a public forum for community digestion and analysis.

“We have not figured that balance out yet,” said Csete.

Another part of the problem is that research dollars are stretched too thin, according to Dr. Otis W. Brawley, F.A.C.P., and chief medical officer for the American Cancer Society.

“Right now, if you take inflation into account, what we spend on cancer research is about the same as it was in 2001,” he told Healthline.

He explained that only a small percentage of good ideas sent to the National Institutes of Health (NIH) get funded.

“As a result, people gifted in the sciences go on to do something else,” he continued. “Great molecular biologists should be working on cancer, but they’re working in other industries.”

Those who do get funding are protective of it.

“They don’t want to share their findings with competitors who might use it to gain advantage for grant funding,” said Brawley.

Holding back on minor findings helps to keep their labs funded until they can announce a major finding.

“People holding information close to the vest and not sharing is brought on by so little money going into cancer science,” said Brawley. “When Vice President Biden says we need researchers to collaborate, that’s part of it.”

Following trends can also be a problem.

“Immunotherapy is a good thing and we need this research,” he said. “But now it’s the hot thing and a lot of other things are not getting the attention and money they should get. Molecularly targeted drugs are hugely underfunded.”

Brawley stresses the need for more funding for prevention and education.

“All the focus should not be on treating cancer,” he said. “Some should be on how we can keep people from getting cancer. I’d much rather prevent than cure cancer.”

He pointed to the fact that 20 percent of Americans smoke, a leading cause of cancer. Another top cause of cancer is the combination of obesity, lack of physical activity, and diet.

“Fast food has hurt us. It’s a uniquely American problem,” said Brawley. “We need to focus on those sorts of things.”

Brawley said the Affordable Care Act (ACA) is helping. A 2015 study suggests the expansion of coverage for dependents up to age 26 has led to earlier diagnosis of cervical cancer in women aged 21 to 25. Early diagnosis gives these young women the option of fertility preserving treatment.

Brawley predicts we’ll see similar improvements in breast and colorectal cancers due to the increased availability of preventive care. He believes these improvements will be greater in states that expanded Medicaid than in those that haven’t.

Brawley points to vast state-to-state discrepancies in deaths from certain cancers due to preventive services, quality of care, and availability of care.

“Increasing prevention and getting better treatment for everybody in every state so that people can deal with cancer in a more productive way improves the chances of a good outcome,” he said.

Sekeres agrees that we’re falling short on prevention, saying “that’s where we’ll get the biggest bang for the buck.”

When it comes to the Cancer Moonshot, Brawley said people tend to interpret the program as “let’s cure cancer quickly.”

But there’s a lot more to it than that.

The White House calls the Cancer Moonshot an “initiative to eliminate cancer as we know it.”

In some cases, that does mean a cure.

In many others, it means finding treatments that stall the disease so people have a normal or near normal life expectancy. Brawley calls that “living in peaceful coexistence with the disease.”

The idea is to allow people to die with cancer, not of cancer. He added that we’re already seeing that outcome with some molecularly targeted drugs.

It also means putting money toward prevention and education.

There’s no doubt that through Biden’s efforts, the Cancer Moonshot is bringing attention to cancer research.

“The Cancer Moonshot funding is unequivocally wonderful,” said Sekeres. “Vice President Biden has spoken to enough cancer researchers to understand the obstacles to data sharing and regulatory requirements. He gets it. He understands the hard parts of doing research in cancer and why it takes so long. What we have yet to hear is how we break down those barriers. There’s a definite conflict with data sharing and regulatory requirements.”

Dr. Krishnansu S. Tewari is an oncologist and researcher with St. Joseph Hospital in California, and program director of gynecologic oncology at St. Joseph’s Center for Cancer Prevention and Treatment.

Tewari has been directly involved in a phase III randomized clinical trial that led to the Food and Drug Administration (FDA) approval of a drug for women with advanced cervical cancer.

“I know very well that the process of clinical trial design, activation, conduct, and completion takes a long time,” said Tewari. “I do believe there may be some areas that could be sped up. But public safety and therapeutic efficacy are very important parameters that we do not want to cut corners on by needlessly hurrying things up.”

In an email to Healthline, Tewari wrote that he’s never heard of any scientists holding back on data for any reason, especially where federal funding is involved. He believes the sooner the public is made aware of important data the better it is for patients and scientists.

Sekeres said researchers want to do the right thing.

“We don’t just talk that talk,” he said. “We really walk that walk. We are dedicated to looking at cancer through our patients’ eyes — and meeting expectations from government is not easy.”

by Ann Pietrangelo For HealthLine