Why It’s So Difficult to Be Self-Compassionate 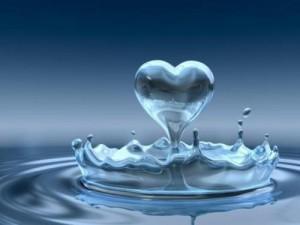 When you make a mistake, are you able to forgive yourself and press on? Or does that little voice inside your head immediately start spewing shameful comments about how you should’ve known better?

Funny how so many of us would never treat a friend, relative, or even a perfect stranger so harshly — yet we’re automatically and unconsciously harder on ourselves than anyone else. In a recent psychology study that aimed to look at self-compassionate behavior, 161 study participants ages 17 to 34 were asked several questions related to self-compassion and their personal values to better understand how they thought and felt about themselves.

When the participants were asked to describe what they felt after the visualization, results indicated that while most could agree on the idea that self-compassion was a positive practice, some were resistant to the belief that it could benefit them. To these people, self-compassion seemed like a self-indulgent act, made them feel like they wouldn’t take responsibility for their problems, and would likely demotivate them to strive for a better outcome.

The researchers pointed out that people might find it harder to be self-compassionate because they fundamentally misunderstand what it involves. After all, if a person thinks that practicing self-compassion means being more selfish or disregarding their problems, then those would be valid reasons to believe it would be more detrimental than beneficial.

Even if a person has a firm understanding of what self-compassion involves, the researchers went on to suggest that they may still be resistant to it because it violates their personal values or beliefs. For example, many people believe that self-criticism proves that they’re acting responsibly for their actions and helps them develop their strength. Knowing that self-compassion involves self-kindness, mindfulness and recognition of common humanity, people who view self-criticism as a sign of strength may very well interpret self-compassion as a sign of weakness.

The participants who scored high in self-compassionate traits had better overall emotional health than those who were more resistant. They were more positive, had higher life satisfaction, were able to maintain their composure when reacting to negative events and experienced lower rates of anxiety and depression.

Self-compassion, it turns out, is very positively correlated to self-esteem. In an interview with University of Texas psychology professor Kristen Neff, recently published by The Atlantic, Neff argues that primarily focusing on building self-esteem can lead to narcissism and that practicing self-compassion is really the key to naturally boosting self-esteem without all the narcissistic side effects.

Focusing on self-esteem alone doesn’t have to involve very much mindfulness at all, but self-compassion always starts with acceptance. In any situation of success or failure, Neff says: “the self-worth that comes from being kind to yourself is much more stable than that which comes from judging yourself positively.”

The best way, Neff says, to start practicing self-compassion is by treating yourself and talking to yourself as if you are your own best friend. When you start hearing that critical little voice sounding off again, stop and ask yourself, “what would I say to this person if he or she were my best friend standing right in front of me?”

Be completely open to shifting your perspective of what it means to be more self-compassion. It may seem phoney at first — especially if you’ve been harshly self-critical for years — but keep at it long enough and the shift will happen.

by Elise Moreau For Care2