When You Are Depressed, Create! 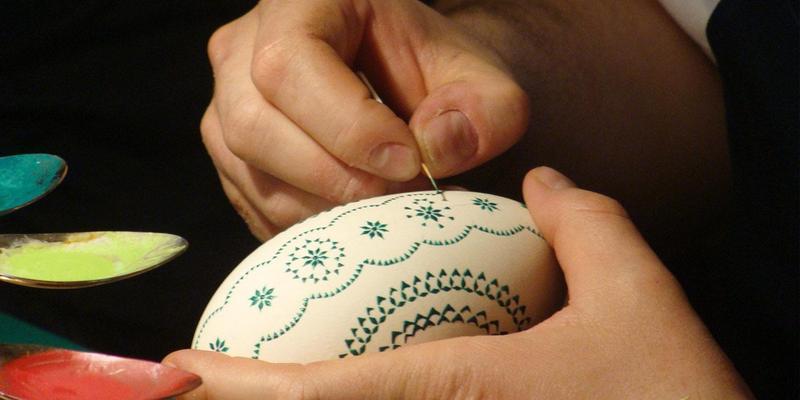 Depression doesn’t discriminate. Everyone is a potential target for it, regardless of gender, age, ethnicity, geographical location, or income. We are all subject to its grasp, and remember, it’s not the same thing as sadness.

In 2008 (shortly after college), I was abruptly fired from a job that defined my entire character. I put so much emphasis into what it meant for me and my family. My parents came to America to chase the elusive dream, only to be shunned and deported back to Korea in shame. I needed to justify their sacrifice. I needed to show them that their pains were worth it. I believed myself to be the embodiment of their reward. And the only way it was possible was through a prestigious job that made me lots of money.

If I knew that love was the only thing they really needed, then maybe I wouldn’t have placed that weight on me. However, I was blinded by the allure of status and the bragging rights that came with it as well. I was firmly hooked, and that job became my identity.

I lasted two months. Two months before I was asked for my badge. I wasn’t even given a box to put all my belongings in. Before I knew it, I was out. I was in denial, I was hysterical, and I felt worthless. I felt like I let down everyone around me, and I was no longer in charge of the direction of my life. I knew everything wasn’t over, but it delivered a shock that shifted the gears of my mind.

And sometimes it only takes one shock to trigger a long, hard-fought battle with depression.

When it first hit me, I thought I was simply distraught about the circumstances in my life. No job, no happiness. Made sense to me. However, even when I was making good progress, my mind continued to stay in a very dark place. Smiling became a luxury and waking up everyday became unbearable. My friends were with me, but I became highly anxious and had difficulty making eye contact with them. My stories had no train of thought. It was exhausting to be awake. The only thing I looked forward to was sleeping. I didn’t know what this feeling was.

Prior to this, I always viewed myself as a content guy that took pleasure in making people laugh. I grew up in a lovefest of a household, and brought the essence of that to everyone around me. General happiness was my default state. So when I found myself in fetal position for 16+ hours each day, I couldn’t help but to think that this wasn’t me.

“This isn’t me. I need to snap out of it. I have to stop whining. Stop being mopey and sad, and stop feeling sorry for your fucking self.”

And therein lies depression’s greatest trick. It masks itself as circumstantial sadness. It makes you feel like you are weak because of your current plight. It makes you hate yourself because you’re supposed to be stronger. It puts you in an ongoing cycle of doubt and voids you of self-love.

And most importantly… it takes you away from the present moment.

You spend so much time contemplating what could have been, and you constantly worry about what has not yet happened. It traps you in the corridors of the past, and conjures up false images of an even narrower future.

If you are trapped in depression’s clutches, it is absolutely critical to realize that you are not experiencing sadness. You’re not down because something in particular is bothering you. No, you are down because you have an inability to be present. You must realize this. Only then can you start the healing process.

Don’t Walk Through It Alone. Talk to Your Loved Ones It was late 2008, and I was in Los Angeles trying to battle the destructive thoughts that were bombarding my spirit and mind. I was still trying to make sense of what I was feeling, as depression was a new concept for me to grasp. Self-worth was a luxury, and self-deprecation was slowly becoming a default emotion.

I realized that I needed to tell some friends and family about what I was feeling. Going through this in my own head was too much for me to bear. Initially, I was afraid of what their reaction would be.

Here’s another thing I learned. No one judges you more than the way you judge yourself. If you wrote down all the negative things you feel about yourself on a piece of paper, you’ll likely realize that no loved one has ever uttered any of those statements to you.

Talk to your loved ones. Don’t be afraid of judgment. You’ve already encountered the worst of it: your own self-criticisms.

The way my friends and family helped me during this period can be a whole piece in itself (and most likely will be at some point). For now, I am briefly touching upon it to introduce one friend’s gift that completely changed my relationship with depression.

A Birthday Gift That Opened the Doors

The day before my birthday, I received this e-mail from a very good friend of mine: In it was a screenshot of an invoice from Scratch Academy, a Los Angeles-based organization that teaches DJ’ing and beatmaking to the local community. At this point, I dabbled loosely in music production, but considered it a small passion that I found enjoyment in. This friend was one of the few people that knew about this pastime and how it made me happy.

After I told him about my inner struggles, he took it upon himself to find what could help me most. And he intuitively believed that the key to my recovery would be through creativity. People really are amazing, aren’t they?

In our e-mail exchange, he wrote:

“haha lawrence, i seriously love you man, im going to see you through this time, so we can celebrate together later, get your ass ready for beatmaking 101 class, meet some amazing people at the academy and i hope you come out with some crazy beats by the time i get back, so crazy that i’ll be spinning them on my next mixtape or club gig”

Gratitude isn’t a strong enough word to describe what I still feel to this day for those words. This is precisely why you must talk to your loved ones about your depression. We tend to seriously underestimate the superpowers our friends and family have.

The Power of Creating and Sharing in the Present Moment All of a sudden, I became a student again. The beauty of being a student lies in the openness it creates in your mind. You now have the opportunity to fulfill a deep-seeded curiosity, and you have a small community of folks that can share in this endeavor.

Each class was two hours long: the first hour consisted of a lecture and the second hour was when you worked on your own beats. I was instantly hooked. I loved how the entire world of music was at my fingertips. I could take a sample from my favorite Marvin Gaye song and turn it into my own thing. I could take a drum break from a classic hip hop record, repurpose it, and give it a different mood. I suddenly had the ability to lay down a flute, guitar, AND a motherfucking oboe using virtual instruments.

When you become fascinated with something, another dimension opens up in your world. You enter a space where everything else becomes a secondary character in the theater of your mind. Music became my center stage. Depression was still a character in my show, but it lurked in the background, hanging out in the shadows of the periphery. I was now able to create something that didn’t exist before my conscious involvement. Day in and day out, I made beats to keep my mind sharp and my soul warm.

There was finally something that made me feel present again. There was something I felt worthy of contributing.

“Creative work is not a selfish act or a bid for attention on the part of the actor. It’s a gift to the world and every being in it. Don’t cheat of us of your contribution. Give us what you’ve got.”
—Steven Pressfield

Another source of great joy in creative work is the ability to share it. Upon completion of the beatmaking curriculum, we had a graduation ceremony where all the students would get up on stage and play 3 beats out of loudspeakers that could blow your face off.

Next thing I knew, it was my turn to go up. I recognized none of the thirty faces sitting in front of the speakers, but for some reason, I felt confident in myself. I realized at that moment that making music gave me a sense of self-worth that I was missing for so long. I didn’t know it until I was on the precipice of sharing it with an audience for the very first time.

Then I pressed play.

The intro of the first beat came in for a few seconds. I had my head down, listening as the track progressed. Then the drums kicked in.

These are the sounds you want to hear when you’re playing beats. The “woo” factor. At that sign of affirmation, I looked up… and noticed that almost every single head in the room was nodding to the beat. I was amazed at the energy in that room, and how everyone was connected through this one creation. We were all bound in the present moment through something I made during my darkest times.

This was something that I never felt before, but immediately understood the value of. The ability to create and share is a vessel for your spirit. It is a gift that has been passed down through millennia. Use it when you need it most. Creativity has given us a toolkit of infinite possibility when it comes to living with depression. Make something to feel present again. Make those lamb chops everyone loves, and call your buddies over to share in your creation. Sit down at the potter’s wheel and make those beautiful ceramic plates. Wake up in the morning and start writing that short story about the mystical goblins and that batshit crazy troll. Code that new app that will help you find the best weed. Choreograph that dance. Take a beautiful picture. Build something to bring you back to the “now.”

But… I don’t consider myself an artist… what if I can’t create anything?

That’s bullshit. Everyone is born curious, and everyone is innately creative. As Picasso famously said,

“Every child is an artist. The problem is how to remain an artist once he grows up.”

I never considered myself a writer. But now I’m writing because I just showed up today and did it. Sometimes, it really is that simple.

For those of us that experience depression, we must first realize that its roots lie in an inability to be present. When I first realized that, it became apparent to me that I needed to exercise my creative abilities to bring me back to my core. Resiliency and creativity are antidepressants that are 100% natural, and fortunately, every one of us possesses them. For me, music and writing are my current tools of choice, and I hope to continue building out this toolkit with each passing moment.

What are your creative superpowers that bring you back to the “now”? Remember, the question isn’t whether or not you have them, but what they are. When you identify them, make something with it and please share your creation with us.

The whole world deserves to experience what it feels like to be in your present moment.