Wheat is Toxic! And It's Not Because of Gluten 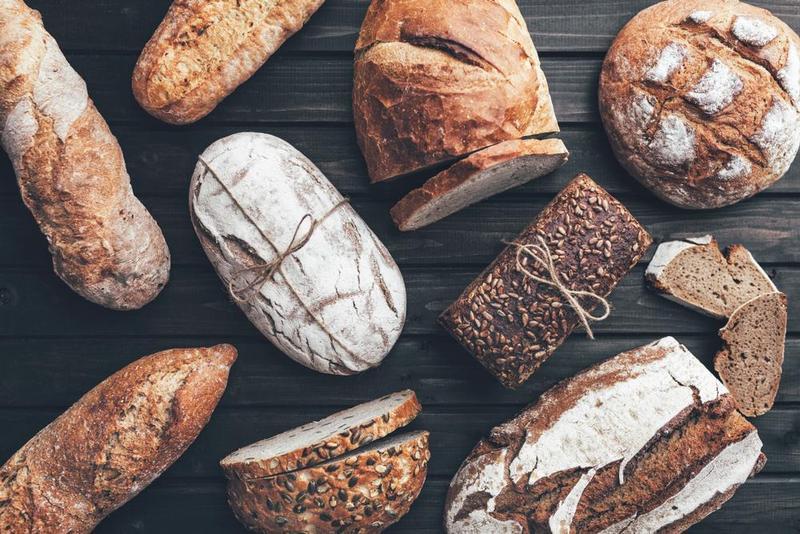 The stories became far too frequent to ignore.
Emails from folks with allergic or digestive issues to wheat in the United States experienced no symptoms whatsoever when they tried eating pasta on vacation in Italy. Confused parents wondering why wheat consumption sometimes triggered autoimmune reactions in their children but not at other times. In my own home, I’ve long pondered why my husband can eat the wheat I prepare at home, but he experiences negative digestive effects eating even a single roll in a restaurant. There is clearly something going on with wheat that is not well known by the general public. It goes far and beyond organic versus nonorganic, gluten or hybridization because even conventional wheat triggers no symptoms for some who eat wheat in other parts of the world.

What indeed is going on with wheat?
For quite some time, I secretly harbored the notion that wheat in the United States must, in fact, be genetically modified. GMO wheat secretly invading the North American food supply seemed the only thing that made sense and could account for the varied experiences I was hearing about. I reasoned that it couldn’t be the gluten or wheat hybridization. Gluten and wheat hybrids have been consumed for thousands of years. It just didn’t make sense that this could be the reason for so many people suddenly having problems with wheat and gluten in general in the past 5-10 years. Finally, the answer came over dinner a couple of months ago with a friend who was well versed in the wheat production process. I started researching the issue for myself, and was, quite frankly, horrified at what I discovered. The good news is that the reason wheat has become so toxic in the United States is not because it is secretly GMO as I had feared (thank goodness!). The bad news is that the problem lies with the manner in which wheat is grown and harvested by conventional wheat farmers. You’re going to want to sit down for this one. I’ve had some folks burst into tears in horror when I passed along this information before.

According to Dr. Stephanie Seneff of MIT who has studied the issue in depth and who I recently saw present on the subject at a nutritional Conference in Indianapolis, desiccating non-organic wheat crops with glyphosate just before harvest came into vogue late in the 1990’s with the result that most of the non-organic wheat in the United States is now contaminated with it. Seneff explains that:

“It ‘goes to seed’ as it dies. At its last gasp, it releases the seed” says Dr. Seneff. According to the US Department of Agriculture, as of 2012, 99% of durum wheat, 97% of spring wheat, and 61% of winter wheat has been treated with herbicides. This is an increase from 88% for durum wheat, 91% for spring wheat and 47% for winter wheat since 1998. Here’s what wheat farmer Keith Lewis has to say about the practice: “I have been a wheat farmer for 50 yrs and one wheat production practice that is very common is applying the herbicide Roundup (glyposate) just prior to harvest. Roundup is licensed for preharvest weed control. Monsanto, the manufacturer of Roundup claims that application to plants at over 30% kernel moisture result in roundup uptake by the plant into the kernels. Farmers like this practice because Roundup kills the wheat plant allowing an earlier harvest. A wheat field often ripens unevenly, thus applying Roundup preharvest evens up the greener parts of the field with the more mature. The result is on the less mature areas Roundup is translocated into the kernels and eventually harvested as such.

This practice is not licensed. Farmers mistakenly call it “desiccation.” Consumers eating products made from wheat flour are undoubtedly consuming minute amounts of Roundup. An interesting aside, malt barley which is made into beer is not acceptable in the marketplace if it has been sprayed with preharvest Roundup. Lentils and peas are not accepted in the market place if it was sprayed with preharvest roundup… but wheat is ok… This farming practice greatly concerns me and it should further concern consumers of wheat products.” Here’s what wheat farmer Seth Woodland of Woodland and Wheat in Idaho had to say about the practice of using herbicides for wheat dry down: “That practice is bad . I have fellow farmers around me that do it and it is sad. Lucky for you not all of us farm that way. Being the farmer and also the president of a business, we are proud to say that we do not use round up on our wheat ever!” This practice is not just widespread in the United States either. The Food Standards Agency in the United Kingdom reports that use of Roundup as a wheat desiccant results in glyphosate residues regularly showing up in bread samples. Other European countries are waking up to to the danger, however. In the Netherlands, use of Roundup is completely banned with France likely soon to follow. Using Roundup on wheat crops throughout the entire growing season and even as a desiccant just prior to harvest may save the farmer money and increase profits, but it is devastating to the health of the consumer who ultimately consumes the glyphosate residue laden wheat kernels. Remember that wheat is not currently GMO or “Roundup Ready” meaning it is not resistant to its withering effects like GMO corn or GMO soy, so application of glyphosate to wheat would actually kill it.

While the herbicide industry maintains that glyphosate is minimally toxic to humans, research published in the Journal Entropy strongly argues otherwise by shedding light on exactly how glyphosate disrupts mammalian physiology. Authored by Anthony Samsel and Stephanie Seneff of MIT, the paper investigates glyphosate’s inhibition of cytochrome P450 (CYP) enzymes, an overlooked component of lethal toxicity to mammals. The currently accepted view is that ghyphosate is not harmful to humans or any mammals. This flawed view is so pervasive in the conventional farming community that Roundup salesmen have been known to foolishly drink it during presentations! However, just because Roundup doesn’t kill you immediately doesn’t make it nontoxic. In fact, the active ingredient in Roundup lethally disrupts the all important shikimate pathway found in beneficial gut microbes which is responsible for synthesis of critical amino acids. Friendly gut bacteria, also called probiotics, play a critical role in human health. Gut bacteria aid digestion, prevent permeability of the gastointestinal tract (which discourages the development of autoimmune disease), synthesize vitamins and provide the foundation for robust immunity.

In essence:
In synergy with disruption of the biosynthesis of important amino acids via the shikimate pathway, glyphosate inhibits the cytochrome P450 (CYP) enzymes produced by the gut microbiome. CYP enzymes are critical to human biology because they detoxify the multitude of foreign chemical compounds, xenobiotics, that we are exposed to in our modern environment today. As a result, humans exposed to glyphosate through use of Roundup in their community or through ingestion of its residues on industrialized food products become even more vulnerable to the damaging effects of other chemicals and environmental toxins they encounter! What’s worse is that the negative impact of glyphosate exposure is slow and insidious over months and years as inflammation gradually gains a foothold in the cellular systems of the body. The consequences of this systemic inflammation are most of the diseases and conditions associated with the Western lifestyle:

In a nutshell, Dr. Seneff’s study of Roundup’s ghastly glyphosate which the wheat crop in the United States is doused with uncovers the manner in which this lethal toxin harms the human body by decimating beneficial gut microbes with the tragic end result of disease, degeneration, and widespread suffering
Got the picture yet? Even if you think you have no trouble digesting wheat, it is still very wise to avoid conventional wheat as much as possible in your diet!

You Must Avoid Toxic Wheat No Matter What
The bottom line is that avoidance of conventional wheat in the United States is absolutely imperative even if you don’t currently have a gluten allergy or wheat sensitivity. The increase in the amount of glyphosate applied to wheat closely correlates with the rise of celiac disease and gluten intolerance. Dr. Seneff points out that the increases in these diseases are not just genetic in nature, but also have an environmental cause as not all patient symptoms are alleviated by eliminating gluten from the diet. The effects of deadly glyphosate on your biology are so insidious that lack of symptoms today means literally nothing. If you don’t have problems with wheat now, you will in the future if you keep eating conventionally produced, toxic wheat!

How to Eat Wheat Safely
Obviously, if you’ve already developed a sensitivity or allergy to wheat, you must avoid it. Period. But, if you aren’t celiac or gluten sensitive and would like to consume this ancestral food safely, you can do what we do in our home. We source organic, naturally low in gluten, unhybridized Einkorn wheat for breadmaking, pancakes, cookies etc. Please note that einkorn is not to be confused with the more general term farro, which includes emmer and spelt, which are both hybridized. When we eat out or are purchasing food from the store, conventional wheat products are rejected without exception. This despite the fact that we have no gluten allergies whatsoever in our home – yet. I am firmly convinced that if we did nothing, our entire family at some point would develop sensitivity to wheat or autoimmune disease in some form due to the toxic manner in which it is processed and the glyphosate residues that are contained in conventional wheat products.

What Are You Going to Do About Toxic Wheat?
How did you react to the news that US wheat farmers are using Roundup, not just to kill weeds, but to dry out the wheat plants to allow for an earlier, easier and bigger harvest and that such a practice causes absorption of toxic glyphosate, the active ingredient in Roundup and other herbicides, right into the wheat kernels themselves? Did you feel outraged and violated like I did? How will you implement a conventional wheat-avoidance strategy going forward even if you haven’t yet developed a problem with gluten or wheat sensitivity? What about other crops where Roundup is used as a pre-harvest dessicant such as barley, sugar cane, rice, seeds, dried beans and peas, sweet potatoes, and sugar beets? Will you only be buying these crops in organic form from now on to avoid this modern, man-made scourge?

via The Healthy Home Economist