Home/Articles/What’s The Real Cause Behind the Prescription Drug Crisis?

What’s The Real Cause Behind the Prescription Drug Crisis? 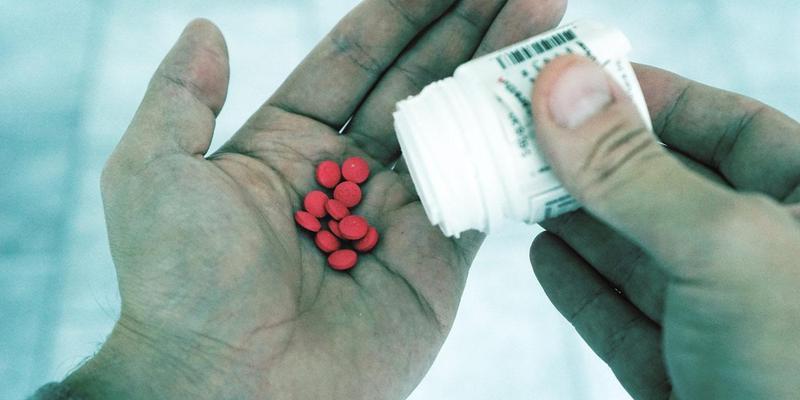 There are two quite different stories about why there is a prescription drug crisis in the United States, and why opioid-related deaths have quadrupled since 1999. At some level, you are probably aware of both.

Earlier this year, I interviewed people in the New Hampshire towns worst affected by this crisis — from imprisoned addicts to grieving families. Even the people who were living through it would alternate between these stories, without seeing that, in fact, they clash, and imply the need for different solutions. Thousands of lives depend on which of these tales is correct.

Here’s the first story. It has been endorsed by some excellent journalists and broadcasters, from Sam Quinones to HBO’s John Oliver. It goes, in crude summary, like this: Starting in the late 1990s, a handful of pharmaceutical corporations promoted prescription opiates as the solution to America’s physical pain.

Large numbers of people then started to take these drugs — and because Oxycontin and Percocet and the rest have such powerful chemical hooks, many found themselves addicted. Big Pharma is like the drug-pusher in a Reagan-era public service announcement, waiting at America’s metaphorical playground gate with a drug you can’t resist.

This narrative leads to a clear solution: Restrict prescription opiates and prevent addicts from taking them. Since the drug caused the problem, ending access to the drug humanely will end the problem.

Blunt restriction of prescription drugs will actually increase deaths, just as the war on illegal drugs has.

Although this is a coherent story, put forward by serious and thoughtful people, there are some key facts that don’t fit. Here’s one: Doctors in many parts of the world — including Canada and some European countries — prescribe more powerful opiates than their peers in the United States. In England, if, say, you get hit by a car, you may be given diamorphine (the medical name for heroin) to manage your pain. Some people take it for long periods. If what we’ve been told is right, they should become addicted in huge numbers.

But this doesn’t occur. The Canadian physician Gabor Maté argues in his book that studies examining the medicinal use of narcotics for pain relief find no significant risk of addiction. I’ve talked with doctors in Canada and Europe about this very issue. They say it’s vanishingly rare for a patient given diamorphine or a comparably strong painkiller in a hospital setting to develop an addiction.

Given that really powerful opiates do not appear to systematically cause addiction when administered by doctors, we should doubt that milder ones do. In fact only 1 in 130 prescriptions for an opiate such as Oxycontin or Percocet in the United States results in addiction, according to the National Survey on Drug Use and Heath.

So what’s really happening? The second, clashing story goes, again, crudely, like this: Opiate use is climbing because people feel more distressed and disconnected, and are turning to anesthetics to cope with their psychological pain.

Addiction rates are not spread evenly across the United States, as you would expect if chemical hooks were the primary cause. On the contrary, addiction is soaring in areas such as the Rust Belt, the South Bronx and the forgotten towns of New England, where people there say they are lonelier and more insecure than they have been in living memory.

This phenomenon isn’t new. After a collapse in people’s sense of status, meaning or community, an addiction epidemic often follows. In England in the 18th century, for example, huge numbers were driven out of the countryside into urban slums. Then came a mass outbreak of alcoholism — it was called the Gin Craze — and many drank themselves to death. At the time, commentators blamed the evil booze peddlers. If only they hadn’t sold the gin in the first place, they said, none of this would have happened; gin hijacks people and destroys them.

When we look back, we can see that gin couldn’t have been the true source of the problem. Gin is legal today, and it is not causing social collapse. It was a symptom, a way of trying to survive in an unbearable environment. Gin caused problems, certainly. But if gin hadn’t been invented, people would have turned to another intoxicant, or simply been suicidally depressed.

It might seem as if these two stories are compatible. Can’t we argue that distress has made more people vulnerable to addiction — and that Big Pharma was responsible for stepping in with a dangerous drug?

But acting on the drug pusher story will only make things worse. The first victims would be the vast majority of users who do not develop an addiction, and who would be plunged into needless pain.

The consequences would be even more shattering for those rare few — 1 in 130 cases — who do have an addiction problem. Doctors have explained to me that when they have to cut off patients abruptly, the distress the patient is trying to numb is still there, so they buy illegal drugs on the black market. Oxycontin is mostly not available from dealers, so many will end up using contaminated street heroin instead, which is far more dangerous.

Blunt restriction of prescription drugs will actually increase deaths, just as the war on illegal drugs has.

If, however, you act on the second story, you come to a different solution — one that has been tried with remarkable success.

In the 1980s and ‘90s, the Swiss had a serious opiate epidemic. They tried harsh crackdowns on sellers, and the problem got worse. They tried herding addicted people into a park and letting them use street drugs there, which produced scenes of chaos.

Then, starting in the early 2000s, Switzerland assigned addicted people to clinics where they were given opiates under supervision by a nurse. Crucially, they were also given extensive social support to turn their lives around, including therapy and help finding a job or housing. They gave you the drug, and at the same time, they dealt with the underlying pain that made you feel you needed the drug in the first place.

Patients can stay on that program for as long as they like, there’s no pressure to cut back, but almost everyone chooses to stop after a few years. One of the psychiatrists in the clinic in Geneva told me why. It’s because their lives get better, so they are in less psychological distress. Since the program began, there have been zero overdose deaths on legal opiates in Switzerland. None. That’s why 70 % of Swiss people voted to keep this approach.

We can’t solve the opioid crisis if we continue to simplistically blame the drugs, or the people who supply them. That’s a misunderstanding of what is really going wrong. Every day that we refuse to act on the second, more sophisticated story, another 78 Americans overdose on opiates.