This Neglected Mineral is a Natural Rmedy for Arthritis and Aging 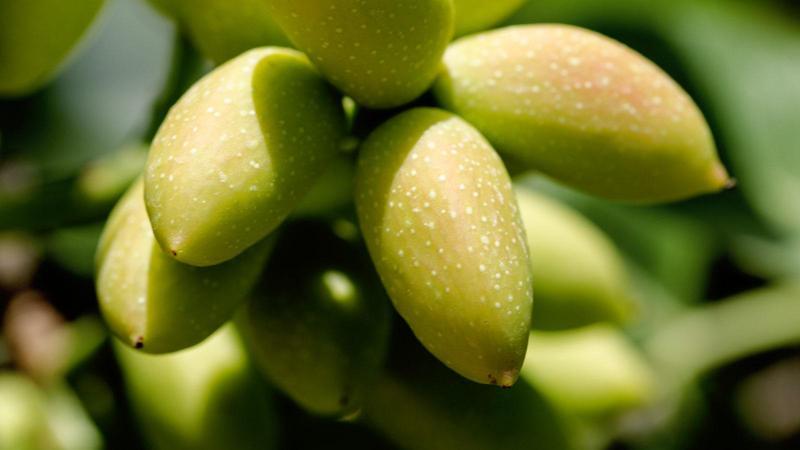 is an important trace mineral that has largely been ignored for health maintenance and freedom from disease. This is unfortunate, as it is extremely important and as a health supplement, can have profoundly beneficial effects.

In a startling discovery, research conducted by Prof. Roger Wyburn-Mason (MD, PhD) identified an amoebae that parasitizes (infests) the joints of those people with rheumatoid arthritis. “In 1975, at the IXth International Chemotherapy Congress in London, England, the late (1983) Roger Wybum-Mason (M.D., M.R.C.P., B. Chir., M.A., Ph.D.) astounded the medical world, announcing that he had found a new protozoon as the cause of Rheumatoid Disease.”

Continuing with Prof. Wyburn-Mason’s work was Dr. Rex E. Newnham (PhD, DO and ND), an osteopathic doctor and naturopath, and author of “Beating Arthritis and Beating Osteoporosis”. What he found was amazing…

Boron killed the amoebae that Prof. Wyburn-Mason had identified!

Dr. Newnham also found quite a bit of evidence relating the correlation of boron concentration in certain geographical areas and the development of not just rheumatoid arthritis, but common arthritis as well. He found that in certain areas of Australia, where drinking water contained high levels of boron, there were no incidence of arthritis in humans and animals!

Incidence of Arthritis Depended Upon Boron

Interestingly, the correlation between arthritis and boron was found in other areas as well.

In conclusion, worldwide evidence is now starting to link low intake of boron with increased levels of arthritis — proof that arthritis is a symptom of nutritional deficiencies and not simply a “normal” process of aging, as the medical industry would have us believe.

With millions of people suffering from arthritis in the United States alone, maybe it’s time to start giving the trace mineral boron some attention, instead of just symptom-suppressing pharmaceuticals.

I owe my own discovery of it to Dr. Rex E. Newman Phd for his valuable study of

A Natural Remedy for Arthritis and Aging

While Boron is an effective treatment for 95% or more in the relief of arthritis (provided the joint has not completely deteriorated) its range of action extends beyond that. It works very well in alleviating arthritis, partly due to its crucial role of calcium integration into the cartilage and bone. This is important for all of us as we age, even if we do not have arthritis. Aging is partly associated with weakening of the bones as they become increasingly porous - adequate Boron can prevent this aging effect.

Example: an elderly lady began to take daily a few months before her operation for an artificial hip that had been scheduled before she started to take the Boron. The surgeon found that he could not use the usual saw for cutting the bone in the hip replacement surgery; the bone was just too hard, like that of a young person, so he had to use a stronger saw to do the job.

Animals with arthritis are usually cured with . As with humans the level of boron in the soil relates to the degree of arthritis in animals e.g. a high proportion of sheep with arthritis, indicate that the pasture land is deficient in Boron. Dogs and Horses are among the animals with arthritis that have been found to benefit from supplemental boron.

is essential for oestrogen production, and can have a rapid effect in helping menopausal women. Sex drive may return within just a few days sometimes after it has been absent for years, and a rapid reduction in hot flushes. Minerals and trace-elements get to the ‘bottom of things’ so to speak, they are often the missing link and can be extremely effective. Boron raises the level of natural sex hormones in the body, and so would eliminate the need for HRT or Hormone replacement therapy states Dr. Newnham. Zinc is also important for sex hormones for both sexes.

Because will overcome the symptoms of 95% of arthritis including rheumatoid arthritis, Dr. Newman speculates that allergies, that are involved especially with Rheumatiod arthritis, are probably being reduced by Boron.

Prof. Wyburn-Mason identified certain amoebae that parasitized the joints of rheumatoid arthritis sufferers. Dr. Rex e. Newman states that Boron can control these parasites. He discusses the role of infection and parasites further in his book Beating Arthritis & Beating osteoporosis. Rheumatoid arthritis sufferers often experience the ‘Herxheimer’ reaction for a week or so after starting boron, this causes a temporary worsening of the arthritis. This is due to die – off from the parasites, that enter into the blood prior to elimination by the white blood cells.

Boron can help overcome candida albicans according to Dr. Newman, but other measures are also needed such as pro-biotics e.g Primebiotic, immune rebuilder, Zell-Oxygen and anti-fungals such as Colloidal Silver or Olive Leaf Extract

Boron may justifiably be understood as a general health enhancer, and we do not yet know it’s full range of influence. On page 69 of Beating Arthritis & Beating Osteoporosis there is an account of a retired lady with congestive heart failure and arthritis. After only 2 months on the Boron, both her arthritis and her congestive heart failure where considerably improved. Dr Rex Newham heard of a case of hay fever that was greatly improved with Boron. This is understandable if we consider that the improvement in calcium metabolism alone, for which much of Boron’s action is centred on, will tend to calm the system, tending to reduce allergies and the auto-immune reactions involved in many health conditions, not just Arthritis. Boron will help to incorporate all the other minerals into the bones reports Dr. Newman, so it is not unreasonable to assume that Boron may also help with the correct cellular uptake of minerals and trace elements into the cells. All types of arthritis may be helped by Boron and also systemic Lupus Erythematosis.

Fluoride in the form added to tap water and toothpaste is, I believe, a threat to health as evidenced by much research1 that has been totally ignored by those that want to make money out of finding a way to dispose of the toxic waste, that is too toxic to dump elsewhere, and the Government cronies that back them. Fluoride in sea water is in a form and combination with all the other minerals and trace elements that renders it non-toxic. There is good evidence that in Andra Pradesh India people can develop quadriplegia (when all four limbs are not working well as the result of skeletal fluorosis where 1.35 ppm fluoride was present in the water. Boron will inactivate fluoride in the body forming a harmless compound, according to Dr. Rex e. Newman.

To treat arthritis and other deficiency symptoms that may be linked to other health conditions, Dr. Rex Newman recommends 10 mgs. Some populations have as much as 30 mg a day in their diet will only good effects, in most western countries the soils are grossly deficient.

The Roger Wyburn-Mason Hypothesis (This is a ‘must read’ article!)

Supplement to The Art of Getting Well: The Roger Wyburn-Mason, M.D., Ph.D. Treatment for Rheumatoid Disease

Supplement to The Art of Getting Well: Boron and Arthritis