This Essential Mineral Can Prevent and Reverse and Hair Loss 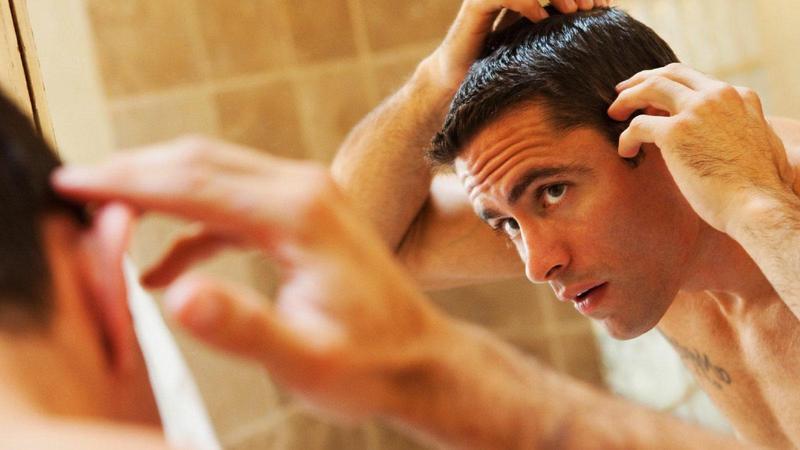 There is no shortage of anecdotal evidence suggesting that zinc can halt hair fall and reverse hair loss, but only a few clinical researchers have taken an earnest look at whether or not these first-hand accounts are true.

The few scientists who have studied zinc’s effect on hair loss and hair growth have not only corroborated the experiences of ordinary people (myself included), but they can explain why it works.

Zinc is Essential
Zinc is an essential trace mineral, which means we don’t need much but the little we do need we cannot live without. Every cell in the human body contains zinc, and it is essential to most biochemical processes. Our bodies cannot produce healthy cells, manufacture and regulate hormones or absorb a few other important nutrients without zinc. A disruption of any of these important processes can, and probably will, result in hair loss. But alopecia areata/hair loss is among the most benign consequences of zinc deficiency. To reiterate, our bodies cannot absorb certain nutrients without zinc. However, excess zinc can disrupt the absorption of nutrients that we need to maintain a full, healthy head of hair. Iron is a good example. Magnesium is another. Excess zinc also increases testosterone production.

Zinc and the Hair Growth Cycle

To understand hair loss and how nutrition can reverse it, it’s important to understand how our hair grows and falls. Our hair experiences three phases:
The Anagen Phase – which is the growth phase, that can last anywhere from 2 to 6 years, depending on your genetics. Our hair grows approximately ½ inch per month (average), but there are those who’s hair grows faster or slower than the average.

The Catagen Phase – this transitional phase begins when the anagen phase ends. It’s a short phase, approximately 2-3 weeks long. During this phase the hair is cut off from the blood supply and the cells that will produce a new hair. Meanwhile a nascent hair is being nurtured to take its place.

The Telogen Phase – this is the resting phase, when the hair is released from the follicle to eventually fall out. This phase lasts from 2 to 4 months. When the telogen phase ends, the anagen phase starts anew.

Research has proven that nutritional deficiencies decrease the length of the anagen phase, and causes more hairs than is normal to enter the telogen phase at the same time, leading to unmistakable thinning of the hair, bald spots and, if the deficiency continues long enough, baldness.

In a 2013 study, published in the Annals of Dermatology, all of the hair loss patients had significantly lower zinc levels than the control group studied

“High testosterone levels coupled with other hormonal imbalances lead to hair thinning and eventually hair loss. On the other hand, iron deficiency is an identified cause of hair loss.”

“The analysis of each group showed that all groups of hair loss had statistically lower zinc concentration, but not copper concentrations. However, the ratio of the patients with serum zinc concentration lower than 70 µg/dl was significantly high in only the [alopecia areata] group (odds ratio, OR 4.02; confidence interval, CI 1.13 to 14.31) and the [telogen effluvium (a form of non-scarring alopecia)] group (OR 1.12; CI 1.12 to 17.68).”

“Most common forms of hair loss (alopecia) are caused by aberrant hair follicle cycling and changes in hair follicle morphology. However, current treatments for alopecia do not specifically target these processes.”

“Ranked as the fifth leading risk factor in causing disease worldwide, underdeveloped nations regularly suffer from high mortality rates because of the connection that zinc deficiency has with childhood diarrhea and pneumonia. “Zinc deficiency is such a serious global problem that 176,000 diarrhea deaths, 406,000 pneumonia deaths and 207,000 malaria deaths are caused by it; primarily in Africa, the Eastern Mediterranean and South-East Asia. “Everyone, young and old, requires regular zinc intake to remain alive, which is why it is referred to as an “essential” trace element. Even plants and animals need it to survive! Present in every cell, organ, bone, tissue, and fluid in our bodies zinc is especially prominent in the male prostate gland and semen.”

Based on the evidence, the researchers concluded that zinc metabolism disturbances played a key role in hair loss, especially alopecia areata and telogen effluvium. Another study suggested that zinc’s ability to regrow hair is due to its importance to DNA and RNA production. DNA and RNA are necessary for the efficient division of follicle cells and achieving optimal hair growth during the anagen stage of the hair growth cycle. A 2001 study focusing on understanding hair loss at the molecular level seems to support this assertion.

So, back in 2001, hair loss treatments did not take into account what was really happening with the follicle when treating alopecia and other forms of hair loss, which explains why they were largely unsuccessful. But if you could arrest aberrant hair follicle cycling and reverse changes in hair follicle morphology, which zinc does naturally, by supporting RNA and DNA synthesis and the absorption of iron and magnesium, then you will have solved the problem from within. However, it’s not just zinc deficiency that is problematic. As I stated earlier, excess zinc can also negatively affect hair growth. Studies have demonstrated that high doses of zinc inhibit both the anagen and catagen phases of hair growth. So, obviously, this affects not just the hair that has grown out of the shaft, but the one to come as well. The key to using zinc to reverse hair loss is making certain that you are getting enough, but not too much. Fortunately, or unfortunately, there are symptoms to alert you either way.

Zinc Deficiency Symptoms
Hair loss is one of the most common and obvious symptoms/indications of zinc deficiency. But diarrhea and pneumonia are the two most dangerous.

Zinc Toxicity Symptoms
Zinc toxicity is hard to come by, if you are not supplementing or suffering from Haemochromatosis (iron overload). Most people aren’t getting enough of the mineral. Nevertheless, depending on the dosage you choose and how long you take it, your zinc toxicity can be either chronic or acute. Acute zinc toxicity occurs in people who ingest more than 200mg per day. The symptoms present fairly quickly, and can range from mild to painful.

Chronic zinc toxicity occurs in people who ingest 50-150mg per day over a long period of time. The consequences include

disturbance of copper metabolism
cause low copper status
reduced iron function
cause red blood cell microcytosis, a form of anemia
cause neutropenia, an abnormally low level of neutrophils. Neutrophils are a type of white blood cell essential for fighting off bacterial infections
reduce immune system functioning
impair the pancreatic enzymes amylase and lipase, important digestive enzymes
reduce levels of high-density lipoproteins (HDL “good” cholesterol)
affect cardiac function
cause atherogenic, which is the promotion of the formation of fatty plaques in the arteries

How Much Zinc Do We Need?
According to the National Institutes of Health, our recommended daily allowance (RDA) of zinc is as follows:

As you can see, we don’t need much zinc at all, but the importance of the mineral for our hair and health is indisputable.

Best Zinc Sources
When it comes to selecting zinc nutrient sources, there are two factors you must keep in mind: making sure you’re consuming copper with zinc, and avoiding calcium-rich foods during zinc-rich meals. Calcium is known to block zinc absorption, so, eating foods that are rich in each of those nutrients at separate meals is a good idea. On the other hand, you should eat copper-rich foods with zinc-rich foods. Consuming zinc without copper decreases copper in the body. Consuming copper without zinc decreases zinc in the body. Zinc and copper are each others counterbalance. Research has suggested that a zinc to copper ratio of 10:1 is good for health, but anywhere in the 8:1 to 12:1 range is considered healthy.

You’ve probably heard that phytates (phytic acid) bind to certain minerals, zinc included, and prevents their absorption in the body. This is only partially true, and it’s not the big deal that some have made it out to be. But if you are concerned and in doubt, just know that you can soak, sprout, ferment and cook phytates out of pretty much any food. If you have any questions or comments about zinc and/or hair loss, post your comment below.
via Holsitick living