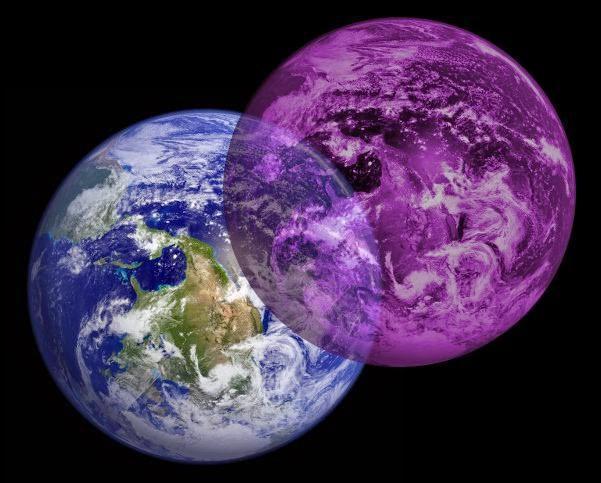 What if you were living in a pond? You are a fish with eyes on either side of your head and all you are familiar with is the underwater world of sediment and vegetation and other fish swimming next to you. The sunlight comes in, dimmer and refracted, through the water. You live your life thinking that this underwater world is all there is because it’s all that you can see. Nevertheless, there is a completely new environment outside of your line of sight — one where animals don’t need water to breathe and flowers bloom in a far more arid world.

This is the scenario physicists think we’re in. We are those fish and those higher dimensions are the new environments we can’t see. Actually, string theory, which tries to reconcile relativity with quantum mechanics (the laws of the very big with the very small), only functions if we believe there are much more than the four dimensions we’re used to. Physicists think but cannot yet prove that there are up to 11 dimensions in the multiverse. Yes, the multiverse, where universes are bubbles that sometimes come together or split apart. This splitting apart of a universe bubble is one possibility of what might have resulted in the Big Bang.

Here, I try to simplify the ten dimensions of string theory.

A line linking two points. There is no depth and no height, only a width. You can call this the x-axis.

Now we have added height or the y-axis. Imagine any flat figure, like a triangle.

We have now added depth or the z-axis. This is the dimension in which we see the world. It contains volume and the ability to obtain cross sections from objects. You can think of this dimension as space without time.

Time is relative, okay? It can stretch and it can squeeze, but… it can’t run backwards. Just can’t. The only thing that can move across dimensions, like time, is gravity.

From here on we start to look at the higher dimensions. These are imperceptible to us, researchers think, because they exist on a subatomic level. These dimensions are curled in on themselves in a process known as compactification. The dimensions here on out really deal with possibilities.

In the fifth dimension there would be a new world that would let us see the similarities and differences between our world and this new one, existing in the same position and having the same start as our planet, i.e. the Big Bang.

The sixth dimension is a whole plane of new worlds that would let you see all possible futures, presents, and pasts with, again, the same start as our universe.

This dimension is a plane of all the possible pasts and futures for each universe, stretching infinitely.

The ninth dimension lays bare all the universal laws of physics and the conditions of each individual universe.

The Tenth, or Eleventh Dimension

Some scientists believe that the multiverse has only 10 dimensions while others put that number at 11. Nevertheless, a universe cannot have more than 11 dimensions because of self consistency — they become unstable and collapse back down into 11 or 10 dimensions. At this point, anything can happen. There are all futures, all pasts, all beginnings and all ends, infinitely extended, a dimension of anything you can imagine. Everything comes together.

String theory also has an answer for the mysterious moment before the Big Bang happened. The universe then consisted of nine ideally symmetrical dimensions and one time dimension. The four fundamental forces — which I cover in my Quick Summary of the Universe — gravity, weak nuclear, strong nuclear, and electromagnetism were held together under very high pressure and temperature. When it became unstable, it broke into the dimensions of time and space we know today. The first four are perceptible to us while the last six or seven were decreased to a size tinier than an atom.

While the idea of a multiverse is fun in terms of science fiction and daydreaming, it’s also mathematically sound and would give the framework for a theory of everything — which is exactly what string theory tries to be. It would be a nice coming together of science, math, and mysticism.