The MIND Diet for Divas 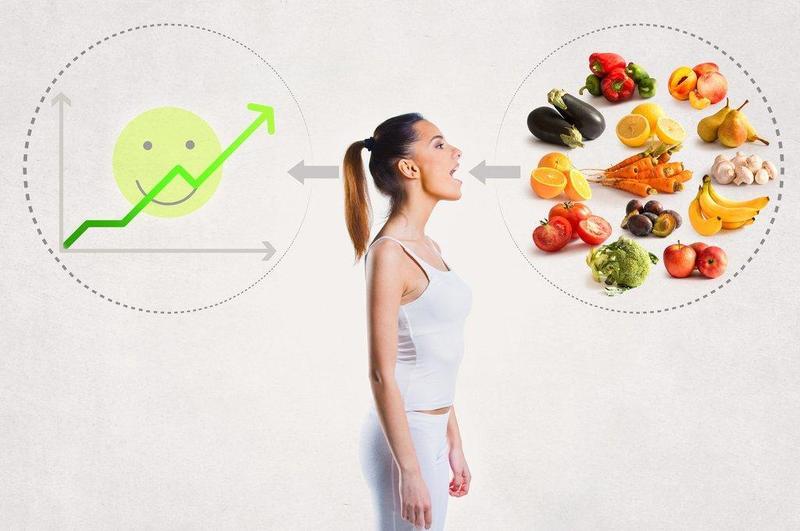 For years, doctors have held the opinion that what a person eats on a regular basis affects their heart in both positive and negative ways.

In more recent studies this idea has begun to convince doctors, fitness trainers, and athletes that one’s diet plays a fundamental role in the health of the brain.

A Chicago based nutrition study demonstrated that a diet plan called the MIND diet might help reduce the risk of developing Alzheimer's disease by as much as 53 percent.

Typically, diets are created and embraced on the promise to shave off pounds, protect your waistline, or deliver glowing skin and stronger hair.

Most diets and meal plans are not supported by science. The MIND diet does not promise to cleanse your body of all toxins, yet it is shown to reduce your risk of Alzheimer’s, and may even help you lose weight.

Let’s get into the details of what this diet plan is all about and how you can incorporate it into your contemporary lifestyle and the flattering body dresses we sell at The Kewl Shop.

The Origins of The MIND Diet

MIND is an acronym for Mediterranean-DASH Intervention for Neurodegenerative Delay and is a hybrid diet plan of the Mediterranean diet and DASH (Dietary Approaches to Stop Hypertension) diet.

The MIND diet emphasizes the consumption of plant-based foods, berries, and other brain-healthy edibles. It is comparatively easier to follow than most other diets because of its simplicity.

Although not around for long, it has already found recognition as being one of the best. The U.S. News & World Report ranked The MIND Diet as the most straightforward diet to follow and the second best overall diet (tying in both categories) in 2016.

We’ve compiled these food groups for you below as well as shared recommended servings and portions.

The MIND diet stresses the consumption of green leafy vegetables and recommends at least two but preferably six servings of green leafy veggies per week. Because green veggies such as spinach, kale, collards, and broccoli are rich in vitamins A and C among other nutrients.

Similar to other diet plans, the MIND diet focuses on the importance of plants, specifically for the health of your brain. Include at least one salad and another vegetable in your diet every day to reduce the risk of Alzheimer’s.

The MIND diet recommends blueberries and strawberries explicitly. These berries have performed particularly well during studies regarding protecting the brain. Consume berries at least twice a week for optimal brain health.

The MIND diet involves snacking on various nuts at least five times a week. Nuts such as walnuts, peanuts, and almonds contain lots of fiber, healthy fats, and antioxidants.

Whole grains constitute a vital part of the MIND diet, with a recommended consumption of at least three servings in a day. Whole grains include rice, barley, oats, and maize (corn).

Beans are naturally high in fiber and protein and low in fat and calories. They also work to keep your mind sharp and support your thought processes. Consume beans at least three times a week.

The researchers of the study found that eating fish reduces the risk of Alzheimer’s disease. However, unlike the Mediterranean diet that recommends eating fish every day, the MIND diet says that consuming it once a week is satisfactory for the same results.

Poultry is another non-vegetarian food that is deemed healthy for your brain. The recommended serving of bird such as chicken and turkey is at least two in a week.

The study found that people who use olive oil as their primary cooking oil had a higher level of protection against cognitive decline. Olive oil is a healthier fat alternative than other oils. The MIND diet recommends that you use this oil to prepare your everyday dishes and salads.

Wine, when enjoyed in moderation, has proven to prevent cognitive decline in addition to keeping your heart healthy. The MIND diet recommends a glass of wine every day to keep dementia at bay, and it works.

Ensure that you do not go overboard and stick to just one drink to protect your health.

Foods to Avoid on the MIND Diet

The MIND diet is a purely natural diet that emphasizes the consumption of fresh vegetables, fish, berries, and nuts. It is scientifically proven to be effective in reducing your risk for Alzheimer's disease.

It demonstrates that what you eat is crucial to brain health as well as overall well-being. But what you decide to eliminate or reduce in your diet also plays an important role.

Here are the five food groups that the MIND diet identifies as unhealthy:

Although the MIND diet does not ask you to stop eating red meats completely, it recommends that you limit the servings to no more than four times a week. Restricting your red meat consumption to under four times a week may promote brain health.

If you are used to the taste of butter in your cooking, there are brain-healthy substitutes like olive oil that you can adopt. The MIND diet recommends that you limit your intake of butter and stick margarine to less than one tablespoon per day.

According to the MIND diet study, cheese doesn’t do any good for your brain. To lower your risk of Alzheimer’s, limit eating cheese to once a week.

Desserts such as cookies, cakes, and pies are foods that may hurt your brain in addition to contributing to weight gain and other health issues. It is acceptable to indulge in sweet treats every so often but recommended that you limit your intake to no more than five servings each week.

Resist eating fast foods and fried stuff to once a week to boost your brain health.

One of the most attractive elements to the MIND diet is that it is an eating plan that is relatively flexible compared to other nutrition plans. So it enables you to benefit from it even with the occasional cheat day.

It participants who followed the diet only “moderately well” still had a reduced risk of Alzheimer's by approximately 35 percent. Alzheimer's disease affects more than five million Americans. Choosing to adopt the MIND diet is a wise and fashionable lifestyle choice.

Another great benefit of the MIND diet is that it helps you shed extra pounds and lose weight. Dietary choices like cutting down the trans fat from fried food and sugar from sweets and pastries, and eating healthier and greener food all work to help you reduce weight naturally. Without having to embark on extreme diets that are hard to stick with for the long haul.

The key to the MIND diet and all other diets is to ensure that you watch your portion sizes, and do not go overboard even with the listed healthy foods.

Even though olive oil is healthy, remember one tablespoon of it equals to 119 calories. Lastly, ensure that you are consuming proteins along with the recommended carbs in this diet. Eating proteins ensure that you do not face any sugar crashes, feel fuller faster, and maintain your healthiest weight.

If you'd like to enhance your life even more, check out this review of mind lab pro, one of the most popular supplements.

If you're interested in this diet here are our recipe book recommendations to help.

A Scientific Approach to Enhancing Brain Function and Helping Prevent Alzheimer's and Dementia.