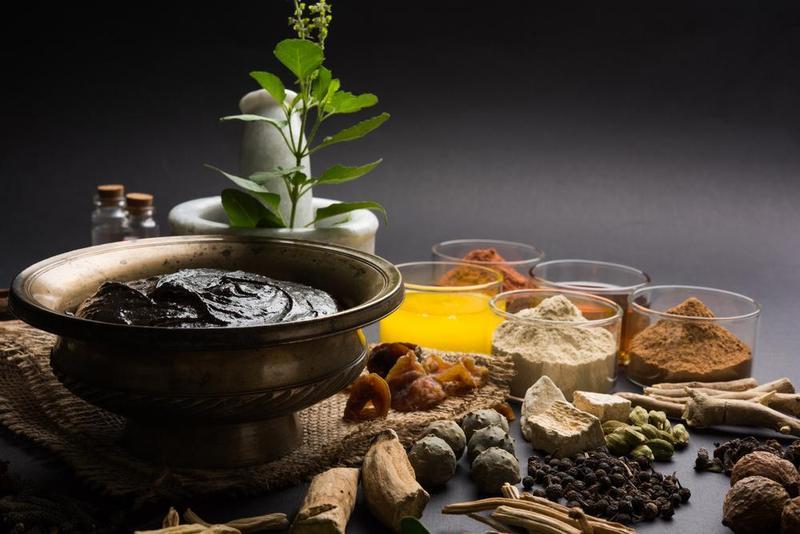 Ayurveda has used Brahmi for centuries. Brahmi has been used to develop and improve memory and is commonly known as the "memory enhancer" herb. It reduces stress and anxiety and treats mental illnesses like Alzheimer's disease and digestive issues like diarrhea. Brahmi oil prevents hair fall, promotes good sleep, and reduces joint pain. The effect of Brahmi is enhanced when combined with other herbs like ashwagandha.

Brahmi, scientifically known as Bacopa monnieri, is a perennial, creeping herb native to India, Australia, Europe, Africa, Asia, and North and South America. Brahmi has been used in Ayurvedic medicine for centuries. It is commonly known as a “memory enhancer” herb. Ayurvedic practitioners used this herb for a number of health conditions, including blood cleansing, joint pain, inflammations, and certain skin problems. This herb is also know to stimulate hair and skin growth. Let’s examine the health benefits of Brahmi in detail.

1. Boosts Memory
There is a reason why Brahmi is commonly known as the memory enhancer herb. Since ancient times, this herb has been used to develop and improve memory. A study involving 76 adults between ages 40 and 65 years took part in an experiment where their memory functions were tested. The results show that Brahmi helps in reducing the rate of forgetting newly acquired information.1 It is also known that this herb can improve the learning process and, to some extent, the abnormal behavior of epileptic patients.

2. Reduces Stress And Anxiety
Brahmi is also known to reduce stress and anxiety that may result in serious health problems. It helps the body attain some calm and peace and reduces the distraction and restlessness that nervousness can cause. This herb finds its use for those working in a stressful environment. There is a study about the adaptogenic effect of this herb on animal models.

The “memory enhancer” herb is useful in treating a variety of conditions that involves the mind. These include Alzeihmer’s disease, attention deficit disorders, and other memory-related issues. Studies indicate that Brahmi improves intellectual function by balancing the chemicals gamma-aminobutyric acid (GABA) and glutamate in the brain. There is a study that shows positive results from a group of Alzeihmer’s patients who were given the extract of the Brahmi herb. The patients involved in the study also reported an improvement in the quality of life and a decrease in insomnia. Brahmi is also believed to reduce seizures caused due to epilepsy. Minimal studies have been conducted in this area and more evidence is required to bring about a firm conclusion. Brahmi has its benefits in the treatment of irritable bowel syndrome (IBS) especially if diarrhea is the main symptom.

Brahmi oil is one of the most effective home remedies for hair fall. Brahmi contains alkaloids which enhance protein kinase activity. It can be applied directly on the hair or can be used for a hot oil scalp massage. Using Brahmi oil for hair is beneficial in the following ways:

Brahmi oil is an excellent choice for those who cannot get enough sleep or who suffer disturbed sleep. This can be used by massaging the oil directly to the scalp. The oil can also be used in water before bath. Add few drops of the oil to lukewarm water. This may help promote a sound sleep.

Brahmi oil has anti-inflammatory properties. It can be used to relieve joint pain, backache, muscle aches, and even headaches. Massaging Brahmi oil in the affected area can help provide some temporary relief due to its analgesic effect on the body.

Combinations Of Brahmi With Other Herbs

In Ayurveda, Brahmi can be used as as Sarasvataristha, Brahmi Ghrita, Ratnagiri Rasa, Brahmi Vati, Sarasvata Curna and Smrtisagara Rasa. Listed below are some ways by which Ayurveda uses Brahmi. The herb can be taken as ghrita (medicated Ghee), medicated oil, churna (powder), svarasa (fresh juice), infusion, decoction, tincture (fermented beverage), syrup, tea, lepa (paste), pill, or eaten fresh (leaves). As a milk decoction, Brahmi is a good brain tonic when combined with ashwagandha. Brahmi is an important constituent in Sarasvataristha – a fermented beverage (tincture) – used in the treatment of infertility, epilepsy, and mental disorders. As a medicated oil, it helps relieve joint pain, headache, and clears the mind. Brahmi paste applied to the neck is very useful in cough and pneumonia, especially in children. Topical use also treats diaper rash in infants. Brahmi lepa (paste) helps to reduce swellings. The juice of Brahmi leaves is given to children to relieve diarrhea. Brahmi Ghrita prepared with sesame or coconut oil can be massaged on the feet, large joints, and ears before sleep in the treatment of anxiety and depression.