Home/Articles/Suffering from Insomnia? This Ancient Ayurvedic Herb Can Cure It

Suffering from Insomnia? This Ancient Ayurvedic Herb Can Cure It 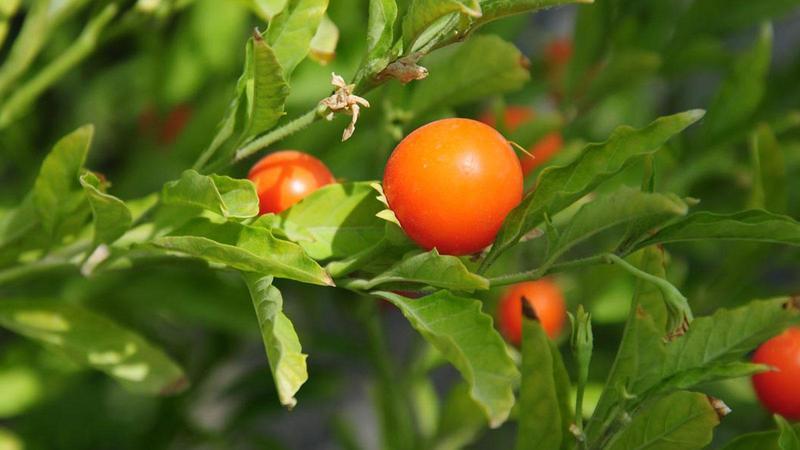 Did you sleep well last night? Are you stressed? Are you undergoing chemotherapy for breast cancer? Are you having problems getting your wife pregnant? Scientists have identified a local plant that does not just induce sleep but burst stress and other mental and neurological disorders as well protect breast cancer patients from effects of chemotherapy and boost sperm quality.

Recent researches have associated poor sleep or rather sleeplessness or insomnia with heart diseases, stroke and poor bone formation. But researchers at the Sleep Institute in Japan have identified an active component of the local herb, Withania somnifera, which induces sleep. Botanically called Withania somnifera, (burrwood, horse root, Winter Cherry in English) belongs to the plant family Solanaceae. It is called karama anta in Hausa, zafua in Arabic and Ashwagandha in Ayurveda (Indian medicine).

As signified by its Latin name somnifera, meaning sleep-inducing, it has been recommended for sound sleep through centuries. Even though scientific studies also support that crude powder of burrwood promotes sleep, the active component with sleep-inducing property remains unknown. The research group led by Mahesh K. Kaushik and Yoshihiro Urade of the International Institute for Integrative Sleep Medicine (WPI-IIIS), University of Tsukuba, investigated the effect of various components of burrwood on sleep in mice by recording electroencephalogram and electromyography. The study published in PLoS ONE is titled “Triethylene glycol, an active component of Ashwagandha (Withania somnifera) leaves, is responsible for sleep induction.”The water extract of burrwood leaf containing rich in triethylene glycol (TEG) promoted non-rapid eye movement (NREM) sleep significantly and changed rapid eye movement (REM) sleep slightly, while the alcoholic extract containing active withanolides showed no effect on sleep.

The sleep induced by TEG was similar to normal sleep. Furthermore, commercially available TEG also increased the amount of NREM sleep. They thus concluded that TEG is the active component that induces physiologically sound sleep. Sleeplessness and other sleep disorder such as restless leg syndrome are common complaints among the middle-aged population. Insomnia is one of the most common neuropsychiatric disorders, with an estimated incident of 10-15 per cent in general population and 30-60 per cent in elderly population. It is closely linked with certain other diseases including obesity, cardiovascular diseases, depression, anxiety, mania deficits and so. Currently available synthetic drugs often show severe side effects. On the other hand, burrwood crude powder including the significant amount of TEG can be consumed for better sleep without any side effects. The findings in this study could revolutionize the natural plant-based therapies for insomnia and sleep related disorders. However, the clinical application of TEG to treat insomnia is still in the immature status, because the TEG is primarily used for industrial purpose and very little is known about its applicability and toxicity to the biological systems. Further studies will thus be needed to confirm the safety of TEG.

According to the authors, they are currently evaluating the effect of TEG administration on stress, because burrwood is believed to mitigate stress and correct imbalance of various nervous systems. Future studies also include the identification of target brain area of TEG, its BBB permeability and the mechanism through which TEG induces sleep. However, Withania somnifera has also been identified as a possible immune-modulator and anti-inflammatory agent for schizophrenia.Schizophrenia is a chronic and severe mental disorder that affects how a person thinks, feels, and behaves. K.N. Roy Chengappa from the University of Pittsburgh, United States published the study in ClinicalTrials.gov Identifier, March 2017.Withania somnifera (WSE) extracts have been used as an adaptogen or to build resistance to stress or diseases in indigenous medical systems in India for centuries. Modern scientific data for WSE indicate several bioactive molecules (withanolides, withanosides, indosides, withaferin-A, others) with significant immunomodulatory, anti-inflammatory and stress reducing properties.

The researchers noted: “The study will examine whether a standardized extract of Withania somnifera (WSE; Sensoril®) will improve total, positive, negative symptoms, and stress in patients with schizophrenia. The study will examine whether WSE reduces PANSS positive and negative symptoms and stress scores in subjects, and whether these improvements are mediated by changes in inflammatory immune indices. An additional aim will determine if patients receiving WSE will have fewer adjustments to their psychotropic medications that those assigned to placebo. The study will examine whether WSE will re-balance Th1/Th2 ratios (cytokine measures) and mediate a reduction of elevated hs-CRP levels. It is hypothesized that those subjects whose Th1/Th2 ratios normalize will likely have a greater magnitude of clinical improvement versus those subjects whose immune ratios remain unbalanced. “The proposal is a 12-week, double-blind, placebo-controlled RCT of WSE added to antipsychotic medications in approximately 60 or more patients with schizophrenia with an exacerbation of symptoms. If efficacy is affirmed, this low cost extract could be studied further, and used quite readily across low, middle and high income countries.” Another study published in Science Alert reviewed the role of Withania somnifera in safeguarding health, immune-modulatory effects, combating infections and therapeutic applications.

The researchers noted: “Withania somnifera is a well known herb possessing several health benefits. The steroidal lactones (withanolides) obtained from its roots have been implicated in a wide range of therapeutic activities and maintaining general health: Immunomodulation, combating infectious agents, anti-cancer and anti-epileptic, memory enhancer, to promote good physical and mental health, mood elevator, diuretic, general tonic and rejuvenator, stress reliever, cardiorespiratory endurance enhancer, anti-ageing, anti-oxidant, hypoglycemic, hypocholesterolemic and in common an effective adaptogen. Steroidal alkaloids and lactones are the active constituents of the plant. Withanolides as per theory occupies the receptor sites in the cell membrane thereby preventing the attachment and subsequent exertion of the effect of actual hormone. Withanolides have got analgesic and anti-inflammatory activity due to cyclooxygenase-2 inhibition property. Ashwagandha enhances nitric oxide synthatase activity of the macrophages, which in turn increases the microbial killing power of these immune cells thereby enhancing the Cell Mediated Immune (CMI) response. A glycoprotein Glycowithanolides (WSG) commonly known as W. somnifera glycoprotein is responsible for antimicrobial activity. “Milk supplemented with Ashwagandha has been reported to increase total proteins and body weight and the plant alone helps in inducing tolerance and dependence. Its anti-stress and radiosensitization action; beneficial effects on cardiovascular system and sexual behavior; curative properties against neurodegenerative diseases and poisoning due to toxins and chemicals (including snake venom) has made this plant a treasure of nature.

Thus the plant is an important component of many polyherbal preparations. Important for researchers and scientists is that biotechnologically advanced techniques; novel disciplines of bioinformatics and genomics can help in identifying and generating bioactive principles of the plant. All these salient health applications of this herb in biomedicine and veterinary sciences are discussed in this review focusing its potent role in maintaining sound health, immune-modulatory effects, combating infections, therapeutic usages and other beneficial applications.” Also, another study published in European Journal of Cancer and Oncology Advance showed that when Withania somnifera is used in addition to systemic chemotherapy in patients with breast cancer, the herb is haemo-protective, enhances cytotoxicity of chemotherapy, has radiosensitive properties, and improves the general wellbeing of patients. The study is titled “AOS14 Phase II clinical study of combination chemotherapy with herb Withania somnifera in breast cancer.”The researchers from School of Medical Sciences, Health Campus, University Sains Malaysia, Kubang Kerian, Kelantan, Malaysia. Another study published in Evidence-Based Complementary and Alternative Medicine showed that the plant could be used to boost fertility in men by improving the quality of the sperm.

The study is titled “Clinical Evaluation of the Spermatogenic Activity of the Root Extract of Withania somnifera in Oligospermic Males: A Pilot Study.”The researchers wrote: “This pilot study was conducted to evaluate the spermatogenic activity of Ashwagandha root extract in oligospermic patients. Forty-six male patients with oligospermia (sperm count < 20 million/mL semen) were enrolled and randomized either to treatment with a full-spectrum root extract of Ashwagandha (675 mg/d in three doses for 90 days) or to placebo in the same protocol. Semen parameters and serum hormone levels were estimated at the end of 90-day treatment. There was a 167 per cent increase in sperm count, 53 per cent increase in semen volume, and 57 per cent increase in sperm motility on day 90 from baseline. The improvement in these parameters was minimal in the placebo-treated group. “Furthermore, a significantly greater improvement and regulation were observed in serum hormone levels with the Ashwagandha treatment as compared to the placebo. The present study adds to the evidence on the therapeutic value of Ashwagandha, as attributed in Ayurveda for the treatment of oligospermia leading to infertility.”