Shamanism And The Coming Of AI/Robot Culture 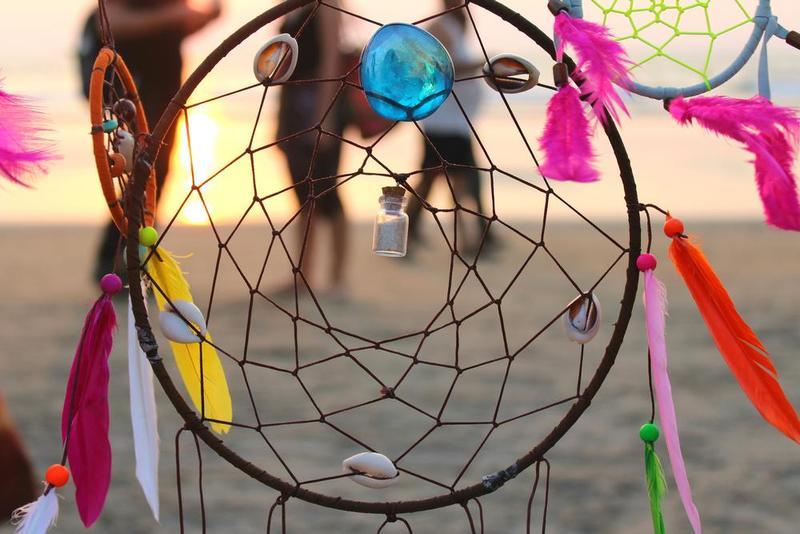 There is an honest question to be asked whether shamanism, as it is presented to us in the West as ideology or world view, actually exists today. What does exist are a number of shamanic practices that differ from place to culture, from culture to culture. In Europe at least, shamanic practice was destroyed as an identifiable set of techniques by the rise of monotheism amongst the elite and then, through witch-hunting, amongst the folk. Wherever the Catholic Church placed its heavy foot, shamanism was marginalised with its general categorisation of shamans as ‘devil-worshippers’ - whether in early medieval Poland or seventeenth century Peru. Puritans and missionary Buddhists were no better in their fanaticism.

We have a more tolerant view now but it is easy to go too far in the other direction and try to believe what is not any longer truly believable – that there are actual spirits (things that have life beyond the quiverings of quantum mechanics) in stones, plants and animals, things inside these things that would give them equal status to us. Perhaps we might be generous towards animals and even plants as evolutionarily capable of our level of sentience and self awareness but no one can seriously compare a cabbage or a dog with even the most intellectually weak of our own kind. The cultural depredations of modern memetic engineers have created a dislocation between the past and the tribal shamanisms of today. Can any claimed shaman who is not a member of a tribe insulated from Western technologies and anthropological tourism possibly belong to an authentic tradition? Any contact with the Other changes the person making the contact and this cuts all ways - we are all contactees. Neo-shamanism and shamanic re-constructionisms that ape traditional forms are, however, the most deeply suspect. The record shows us no unified global shamanic culture and we can make no presumption that this is some sort of ur or noble savage state to which we can return. Lived experience of shamanic thinking and behaviour is probably no more recoverable than the dinosaurs for Western observers. Many neo-shamanic practitioners may be sincere in their beliefs but they represent nothing but an aspiration to be something they can never be – authentically embedded in a living tradition. The desert origin soul-murderers of indigenous tribes who arrived in the backwoods of every continent on the back of empire have, probably and finally, won in that respect. There is unlikely to be a revenger from the ranks that matter - that of the indigenous peoples themselves who struggle to preserve what can be preserved but know in their hearts that even their most hallowed traditions must be made politically correct and acceptable to liberal modernity and have had to be adapted to being a mode of resistance rather than an expression of local hegemony. This is not to deny that shamanism exists in the world. Chased out of Europe, shamanism still exists authentically, if under threat, in Russian Siberia and, with more difficulty and complexity, amongst the Inuit peoples. There are survivals in Taiwanese and Kazakh practice. The Chinese seem less sympathetic today to their own origins. There is shamanism in Korea, in the Ryukyu Islands (Okinawa), in corners of Japan itself and in a more debased form in India. Tantric Buddhism is a historic compromise between Buddhism and shamanistic Bo and Shinto represents an attempt at the institutionalisation of shamanism. There have been attempts, not always successful, to associate shamanic practice and African religions though there are certainly parallels amongst the San. There are also analogues amongst the peoples of Papua New Guinea and the indigenous peoples of Australia. To call all Amerindians shamanistic without qualification all too often insults them. The differences are as significant as the similarities. There are shamanistic elements in the religions of the Chipewyan, the Cree and the Navaho and amongst those who use Ayahuasca. The Maya peoples and many of the peoples of the Amazon Basin and further South can also surely be called shamanistic. There are, in short, many remaining, if small in relative numbers, reservoirs of shamanic experience and behaviour. Unfortunately, these are now as much under threat from well-meaning New Age dim-wits as from Christian missionaries, scientific materialism and late capitalism. Looking at this range of experiences, the idea of a fixed shamanic culture looks less and less tenable, a product of a Western obsession with categorisation and, in its current forms, no more ancient than Wicca. The appropriation of shamanism by New Age figures to solve their personal problems and dilemmas (much like the appropriation of Tantra as NeoTantra) increasingly appears like a piece of cruel or at least unthinking cultural imperialism. However, if we take away the attempt to mimic the forms of shamanism, there still remains an essence of what shamanic thought is and what it can do for our society once it is shorn of alien traditionalism and the egoistic appropriation of New Age narcissists. Let us look at what this essence may be and what it can do for us once all the mumbo-jumbo is removed and we allow indigenous peoples the dignity of the re-appropriation of their own traditions. There are four pre-conditions for a ‘shamanism’ for our times.

On the surface, there is no place in our society for the natural shaman. Shamanism seems doomed to be degraded, like Yantra, into another form of personal development for the worried well of the West. But such people still exist in our midst at a time when the welfare state and scientific rationalism are not dealing with many of the psychological and health issues of our society - or are dealing with them expensively and ineffectively through pharmaceuticals even where the conditions are not obviously organic or limiting them through 'political correctness', risk aversion and liberal totalitarianism. The shaman is probably there because he is a type of person and a relationship to the world rather than as representative of a culture or an ideology. The need is there. What is not there is a post-rationalist ‘mythos’ that manages to fit the liberal culture of contemporary democracy given that there is no traditionalist solution to the use of shamanic technique that is not inauthentic. Any new ‘mythos’ must work in a direct relationship to the actual state of our society and economy – just as the ‘shamanic’ cultures of indigenous peoples are embedded in their economies, environments and traditions. The idea that the environmental skills of a South American ‘shaman’ have anything to teach us in an advanced Western society except at a level of abstraction far removed from the day-to-day concerns of most people is absurd. What is not absurd is to consider that a world of mass leisure without completely adequate resources under conditions of radical technology change (primarily caused by the convergence of robotics and AI) is going to create new environmental conditions requiring new ways of thinking about culture. Those with indigenous skills are only fitted for a particular society at particular times. We need new skills and new myths for our place and our time. What can be learned from shamanic experience that might be developed along Western European lines without the idiocies and fakeries of reconstructionism, fake traditionalism and narcissistic self development? I suggest five areas of exploration…
A modicum of creative irrationalism does not mean that that we abandon scientific method or technology. On the contrary, 'shamanic' technique is merely supplemental at the macro-cultural level. At the micro-cultural level, however, where society meets individual psychic needs (the zone of the alleged ‘spirit'), there is a place for the person who can mediate between the individual and the world through metaphor, performance and even entheogens ensuring their safety and ther resolution of their problems. The psychotherapeutic tradition that emerged out of Freud's work may be a mere half way house here, simply adapting the individual to social reality instead of transforming society through transforming the individual. The tradition's success rate has not honestly been much better than that of the shaman to date. Perhaps, one day, a culturally enlightened Government will place social management of drugs and the troubled part of the population in the hands of creative shamans (even if the psychotherapists will want first dibs at the gravy train). Mind you, the determination to professionalise and 'train' the shamans will almost certainly make them useless - managerialism is the social disease of the bourgeoisie, based on a perpetual and perpetuating risk averse fear of failure, or rather of being seen by others to fail. No doubt shamans without a Royal Institute of Shamanic Sciences Certificate Part IIA would have to be bailed out of jail every now and then but their street skills, assuming they are not completely regulated into meaninglessness, might help give meaning to the lost and save the taxpayer a fortune in sick benefit and healthcare costs. Conventional religious communities, the psychotherapists, risk averse nervous ninnies and the scientific positivists will find common cause against such a radical idea but none has yet found a solution to the central problem of our time – that the ‘crooked timber of humanity’ needs resolution of its psychic problems within a matrix of belief that is their own and not that of their elites and that this crooked timber is about to be faced with some very straight-laced hyper-rational machinery that will govern their existence before too long. Blowing up the machines is not going to be the way forward. By-passing both them and the technocrats with some creative irrationality may be.