Self-Inquiry and Its Practice 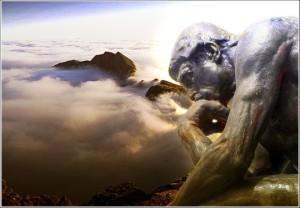 The practice of Self-inquiry, called Atma-vichara in Sanskrit, is the most important meditation practice in the Vedantic tradition. It is the main practice of the yoga of knowledge (Jnana Yoga), which itself is traditionally regarded as the highest of the yogas because it takes us most directly to liberation.

Self-inquiry is the primary method through which Self-realization-- the realization of our true nature beyond mind and body--is achieved. Self-inquiry is mainly known today through the teachings of Ramana Maharshi (1878-1950), who made this approach accessible to the general public, offering it to any individual who was capable of receiving the teaching. Traditionally, Self-inquiry was reserved mainly for monks (Swamis) who had renounced the world. A strong Self-inquiry tradition persists in the Swami orders of India today, particularly in the south of the country.

Yet Self-inquiry in some form or another can be helpful to all people at all stages of life, as part of everyone's quest for Self-realization. We all want to know ourselves and unfold our deeper potential in life. This requires understanding ourselves on all levels of body, mind and spirit, particularly the deepest level of the heart.

Because the teaching of Self-inquiry is direct and simple, its literature is not as extensive as that of other yogic practices. In addition, the path of Self-inquiry demands a certain ripeness or readiness of mind that may require other practices to develop.

The process of Self-inquiry is so simple that it can be explained in a few words. To practice it you need only trace the root of your thoughts back to the I-thought, from which all other thoughts arise. This is initiated by the question "Who am I?". By asking, "Who am I?" our thought current naturally gets focused on the search for the true Self and we forget about all other concerns and worries of the mind.

Our thoughts consist of two components. The first is a subjective factor--I, me or mine. The second is an objective factor--a state, condition or object with which the I is involved, particularly the activities of our own body and mind. The habit of the mind is to get caught in the object portion and never look within to recognize the true Self apart from external concerns.

The result is that the pure I or the I-in-itself is unknown to us. What we call ourselves is but a conglomerate of "I am this" or "this is mine," in which the subject is confused with an object, quality or condition. Self-inquiry consists of discarding the object portion in order to discover the pure Subject. This requires withdrawing our attention from the objects of sensation, emotion and thought by discriminating these from the formless Self or seer that observes them.

The truth is that we don't know who we really are. What we call our Self is but some thought, emotion or sensation that we are temporarily identified with and that is constantly changing. Our lives are shrouded in ignorance about our true nature, springing from the most basic feelings that we have, especially our bodily identity. We are not the body. Rather, the body is a vehicle or vesture in which our true Self is obscured. As long as we don't question this process of self-identification we must come to sorrow and remain in darkness and confusion.

However, Self-inquiry does not consist of merely repeating the question "Who am I?" over and over again in our minds, which is only a tiring mental exercise. It means holding to the search for the true Self in all that one does. It requires that we have a real and fundamental doubt about who we are, through which we can reject all outer identifications. It is as if one had amnesia and didn't know who one was and had to give full attention to the matter before anything else could be done.

Self-inquiry, moreover, is not merely an intellectual or psychological inquiry but an inquiry with one's entire energy and attention. It requires a full and one-pointed concentration, not interrupted by the intrusion of other thoughts. The thought current naturally moves back to the Self to the extent that we do not preoccupy our minds with outside stimulation. The problem is that the senses present us with so many distractions that it is difficult to look within. Self-inquiry means to constantly question and reverse this process of extroversion by seeking out the origin of our awareness and energy in the heart.

True Self-inquiry is not just questioning the limitation of our outer identity, like our family, political or religious affiliation--whether one is a wife, a father, a Christian, a Hindu or an atheist. It questions our entire identity as an embodied being. It does not stop short with some general identity as a human, cosmic or spiritual being but rejects any formation of thought as our true nature. It directs us back to the pure "I" that is not identified with any form of objectivity, physical or mental.

The true Self is not only beyond human distinctions, it is beyond all divisions of time and space, name and form, birth and death. It is beyond all experience because it is the experiencer or observer of all. Self-inquiry leads us ultimately to the Absolute in which the phenomenal world becomes little more than a mirage of the mind and senses. It goes far beyond the discovery of some greater self, or any human or creative potential, to what is beyond all limitations. In the process we expand our sense of self to include the entire universe and all of its multifarious creatures.

Perhaps the easiest approach to Self-inquiry is what is called "discrimination between the seer and the seen." This can be outlined in a few easy steps.

First, one discriminates the seer from the external objects in one's environment, which constantly change though the seer remains the same. For example, the eye is not blemished by imperfections in the objects that it sees.

Second, one discriminates the seer from the sense organs. There are several senses and each varies in acuity, but the seer of the senses is constant and not altered by their fluctuations. For example, the mind can witness imperfections in the eye, like lack of acuity or blurring of vision.

Third, one discriminates between the seer and mental states. Thoughts and feelings continually change but the seer, if we look deeply, remains the same. For example, the seer of anger does not cease to be when anger itself passes away.

Fourth, one discriminates between the seer and the ego, between the pure-I and the I identified with body, emotion or thought. Then the pure Self devoid of external associations can shine forth. For example, we can witness our ego states like pride and dejection, just as we can observe shifting sensations or emotions.

Fifth, one abides in the pure Self devoid of objectivity, letting all the contents of the mind come and go like waves and bubbles on the sea.

It is best to do this process by degrees, taking one's time at each stage. All is contained in the fifth state of abiding as the seer. When we return to the state of the seer, all that we see merges back into the light of seeing, revealing its nature as pure consciousness.