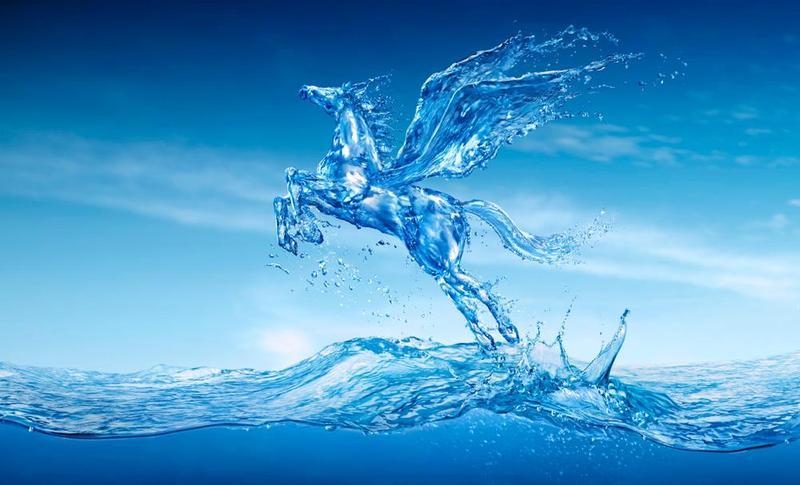 “Did you hear…that drinking water in the morning right when wake up can have great therapeutic benefits for a multitude of health conditions—ranging from pain to asthma to cancer?” This amazing water therapy come from ancient Ayurvedic medicine. The Sages of India name this therapy, Usha Paana Chikitsa, that from the Sanskrit, roughly translates to, “early morning water treatment.” It has long been believed that drinking water first thing in the morning on an empty stomach cleanses the body’s internal system. An particularly vital result of this treatment is that it purifies the colon, which makes the body much more able to absorb nutrients from food.

More recently in the 1970’s, now famous, Dr. Fereydoon Batmanghelidj, re-discovered this ancient knowledge and showed through his own studies, that water can naturally heal us from diseases like high blood pressure, arthritis, asthma, autoimmune disorders, diabetes and migraines using what he calls: water therapy. Born in Iran in 1931, Dr. Batmanghelidj, graduated from St. Mary’s Hospital Medical School of London University, where he studied under Nobel Prize winner, Sir Alexander Fleming. He eventually came back to Iran where he was imprisoned in 1979 as a political prisoner for over 2 1/2 years at the infamous Evin Prison. While there, he found the healing powers of water and successfully treated 3,000 fellow inmates suffering from stress-induced peptic ulcer disease using simply water. He reported his findings in the Journal of Clinical Gastroenterology in June 1983 and the New York Times Science Watch, in turn, documented his finding on June 21, 1983. In 1982, Dr. Batmanghelidj left Iran and came to America and started to study the effect of chronic unintentional dehydration on the human body and he went to publish his groundbreaking data in 1991 and 1992. According to Dr. Batmanghelidj, the body’s natural thirst signals are often mistaken for signs and symptoms of other illnesses. Over our lifespan we step by step become chronically dehydrated. If we treat this root issue, we may be able to avoid unnecessary and invasive procedures and medications.

The water treatment method is as follows

According to the Japanese Medical Society, this treatment would take 10 days to treat constipation, 10 days to treat some gastric issues, and 30 days to treat high blood pressure. Here are a few hard facts about the benefits of water to help motivate you to drink at least a 8oz glass first thing in the morning:

- It jump starts up your metabolism

Drinking at least one large glass of water first thing in the morning, has been demonstrated to rev up your metabolism by a whopping 24% for 90 minutes.

- You’re dehydrated when you wake up!

After 7-8 hours of sleep, chances are, you wake up dehydrated in the morning. Drinking water, helps make new muscle and blood cells, and can boost the flow of oxygen, all of which are energizing.

“Your kidneys do an incredible job of purifying and clearing your body of toxins as long as your intake of fluids is adequate”, according to Kenneth Ellner, an Atlanta-based dermatologist. Getting fluids into your body right after your wake up will help your body flush out toxins first thing in the morning.” Flushing out the toxins and impurities is even easier when you add fresh lemon to your glass, since lemon can boost the rate of urination, allowing for maximum enzyme function and helping to detoxify the liver.

When you’re not hydrated enough, your brain operates on less fuel, and you can feel drained, or experience fatigue or mood fluctuations.

One research demonstrated that people who drink a glass of water before every meal lost 4.5 pounds over a three-month period, because “it fills up the stomach with a substance that has zero calories”, and people “feel full as a result”.

- It Strengthens the Immune System

As cold and flu season comes around the corner, it’s vital to up your intake of water. If you tend to get sick often, you might not be drinking enough water. Staying hydrated can keep the health of your lymphatic system—that directly influences on how your body fights off infections. Research has also demonstrated that lack of water in the body—dehydration—can lead to boosted cortisol levels, stress, and sickness. The truth here is, that water, is not a miracle cure. But, since we humans are mainly comprised of water (72%), it makes sense that keeping it hydrated and active, can work magic for your health. And, it’s estimated that 75% of us are in a chronically dehydrated state. There’s tons of studies out there that support the fact that most of us live in a chronically dehydrated state and that drinking a couple of glasses of water in the morning can change our lives at the cellular level and work wonders for our body and mind. Why not make this a simple daily habit?
Recommended Articles
Related Articles
ERROR - Carousel is empty!
View All