Protecting Yourself Against Neurodegenerative Diseases 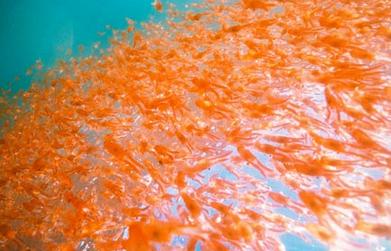 Those who have long paid attention to nutrition, and the benefits of nutrition-based medicine, know the importance of that blue-green pigment present in marine microalgae—elevating foods like spirulina and chlorella to super-food status. That said, many do not know of or give appropriate credit to, another microalgae Haematococcus pluvialis—commonly known as a dark red pigment that is the richest known source of the carotenoid2 Astaxanthin. This unique substance has been present in trace amounts in aquatic ecosystems for over a billion years.

Only phytoplankton algae plants, and certain bacteria and fungi, are able to synthesize carotenoids such as Astaxanthin. Animals, including humans, must consume carotenoids as part of their diet. Astaxanthin is found in many types of seafood and is what gives the reddish-orange color to salmon, shrimp, red fish, and lobster. It provides the coloration for birds such as flamingoes and quail. Don’t worry; taking supplemental Astaxanthin or eating foods that have consumed it will not cause a person to turn orange or red.

The powerful antioxidant activity of Astaxanthin has been demonstrated in studies dating back to the mid 1990’s. Many of these studies show the potential of Astaxanthin to target important health conditions and the accelerated aging of internal organs and tissues—including brain health. Other studies show enhanced immune response and decreased DNA damage in humans following supplementation with Astaxanthin—it is capable of crossing the blood-brain barrier in mammals, a unique and important property for an antioxidant. This characteristic allows Astaxanthin to extend its superior antioxidant activity to the central nervous system, which is highly susceptible to damage by free-radicals.

Based on data showing Astaxanthin crosses the blood-brain barrier, Japanese scientists investigated the neuroprotective effect of Astaxanthin by using an oxidative stress-induced neuronal cell damage system. Treatment with various neurotoxins led to significant decreases in dopamine cells, whereas a significant protection was shown when the cells were pretreated with Astaxanthin. Furthermore, Astaxanthin treatment significantly inhibited intracellular free-radical generation. Based on these results, the scientists strongly suggested that treatment with Astaxanthin might be effective for oxidative stress-associated neurodegeneration—citing it as a potential candidate for a natural brain food. (Forum Nutrition, 2009)

Seeing The Clear Benefits of Astaxanthin

Think about this: over 3,000,000 Americans have cataract surgery each year. Baby boomers, yours truly included, are facing vision challenges more than ever before. Blame it on environmental pollution, chemical food additives, excessive stress, over-consumption of sugar and the resulting diabetes, etc. Regardless of the causes, the amount of eye disorders is on the rise in epidemic proportions. There is a substance than can significantly help, don’t be blind to its benefits.

Recent research from Taipei Medical University in Taiwan found that Astaxanthin protected against induced cataracts in rats treated with selenite, a commonly encountered highly toxic form of selenium. The scientists backed up their finding by in vitro assay, which supported their conclusion that Astaxanthin was protective against cataracts that are usually caused by environmental insult. (Chemical Research In Toxicology, February 2013)

Why Isn’t There More Attention On Astaxanthin? The answer, of course, is because it can’t be patented. This natural substance is created by microalgae, so it’s not something that was invented by a drug company scientist for patenting purposes. And the sad fact of the matter is that drug companies aren’t interested in medicines that can’t be patented, no matter how helpful or miraculous they may really be.

How Much Astaxanthin Is Enough?

Previously, I personally was only taking 2 mg–4 mg per day. After having to succumb to cataract surgery, I began taking 16 mg per day (400 percent more than before), and I’ve discovered something truly astounding—16 mg a day is the ideal dosage for me to experience maximum benefits from this supplement. The benefits I’ve experienced at the higher dose include outstanding and sustained energy levels, improvement in ability to handle stressful situations, significant reduction in muscle soreness and joint pain after physical exercise, radical improvements in resistance to UV sun exposure, better blood sugar maintenance, and improved vision, as evidenced by my last eye exam and documented in my latest book, Don’t be BLIND To Degenerative Eye Diseases3, and many more.

Why Is Antioxidant Power Important?

Think about it: much of what occurs during the aging of the human body is due to oxidation. Every time you breathe, you inhale oxygen, right? That oxygen reacts with your cells to create energy, but the by-product of that energy creates free-radicals. These free-radicals cause DNA damage, nerve cell damage, the accelerated aging of internal organs and much more.

The way to stop those free-radicals is with antioxidants, which bind to them, neutralizing their damaging effects. Astaxanthin, it turns out, is so good at halting free-radicals that it seems to confer miracle-class health benefits to the human body... Benefits that might be described as “antiaging” or “reversing disease.”

I searched and searched for a natural supplement that contains most of the ingredients needed to assist not only cognitive health but also eye health, all in one complex! I found a professional formula I use and recommend that contains Astaxanthin, super zeaxanthin, meso-zeasanthin and C3G.

By absorbing blue light, carotenoids protect delicate photoreceptor cells in the retina’s macula from light damage. The density of your macular pigment (composed of lutein, zeaxanthin and meso-zeaxanthin) is essential to proper vision. These carotenoids act as antioxidants and protect the macula from damage by photo-initiated oxidative stress. Unfortunately, this density declines naturally over time. Some aging people also lose their ability to convert lutein into meso-zeaxanthin inside their macula.

Eating lots of lutein, and zeaxanthin- containing vegetables, can help maintain the structural integrity of the macula. However, since meso-zeaxanthin is not part of the typical diet, it cannot be replaced except in supplement form.

This super zeaxanthin formula provides clinically proven doses of all three carotenoids to help protect your precious eyesight. It also includes C3G (Cyanidin- 3-gluco-side), a cuttingedge berry flavonoid compound that helps to stimulate regeneration of rhodopsin. Rhodopsin is a compound in the eyes that absorbs light in the retina. As rhodopsin dramatically declines over time, it leads to a progressive loss of night vision. By helping to maintain rhodopsin, C3G helps to support night vision.