SELFFAMILYSOCIETYHUMANITYEARTHUNIVERSEDIVINE
Home/Pineal Gland: What Affects It and How to Activate and Stimulate It

Pineal Gland: What Affects It and How to Activate and Stimulate It 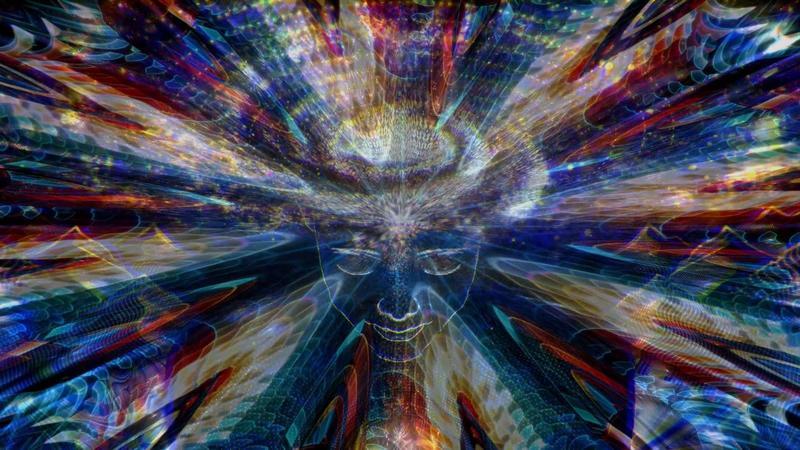 The pineal gland, which is located at the centre of the brain, is responsible for the production of a serotonin derivative known as melatonin; a hormone that helps to regulate and keep a healthy circadian rhythm (which regulates your sleep patterns), but also helps to control reproductive hormones for female gender.

During the night time, the body’s ability to produce melatonin increases substantially, whereas during the day the production levels are low, so you don’t feel sleepy or tired. Whenever you expose yourself to bright light during late hours, the normal cycle of body’s melatonin production is disrupted. This applies in particular to those who work different shifts at work, or frequent flyers who hop between different time zones often. Your pineal gland has the highest ratio of serotonin (as quoted by Rick Strassman) anywhere within your body, which is a critical component for the production of pineal melatonin. Serotonin, as you may have heard, governs your energy and mood levels, and is often called the neurotransmitter of happiness and confidence. Doing tasks that challenge you to great extents and provide a sense of achievement are all linked with a greater production of serotonin which helps you to keep going.

“The pineal also has the ability to convert serotonin to tryptamine, a critical step in DMT formation. The unique enzymes that convert serotonin, melatonin, or tryptamine into psychedelic compounds also are present in extraordinarily high concentrations in the pineal. These enzymes, the methyltransferases, attach a methyl group—that is, one carbon and three hydrogens—onto other molecules, thus methylating them. Simply methylate tryptamine twice, and we have di-methyl-tryptamine, or DMT. Because it possesses the high levels of the necessary enzymes and precursors, the pineal gland is the most reasonable place for DMT formation to occur.” — Rick Strassman

During the 1950’s researchers concluded numerous studies on the brains of rats and mice, and found that both contain significant amounts of DMT, during that time scientists were also able to find enzymes that form DMT from tissue samples of human lungs. Then in 1965, a group of German scientists
published
a paper that showed the extraction of DMT from human blood. In 1972, Julius Axelrod, who was an American biochemist, confirmed the presence of DMT within the tissue of human brain.

While the function of DMT within the human brain is currently unknown, Dimethyltryptamine (DMT) is one of the most powerful psychedelic drugs, which happens to occur naturally in animals, plants, and the human brain.

“In 1972, Julius Axelrod also discovered that the human pineal gland produces DMT (Dimethyltryptamine), which is a hallucinogenic substance. Active and serious meditators are able to flood their brain with DMT negating the need for substances like Ayahuasca. It is also thought that diet interferes with the activity of the pineal gland, e.g. eating sugar, as it produces enzymatic inhibitors. Therefore, cleansing our body and consuming fresh, quality, organic nutrition will help to heighten our consciousness, as well as other practices.” — Caroline Cousins

When consumed orally, DMT is reported to initiate a strong psychedelic, and often spiritual, experience for the mediator. This is also part of the reason why there are so many questions around the correlation of the pineal gland and DMT production, because at the moment
DMT is classified as a Schedule 1 drug
, which is quite ironic if you consider the fact that it naturally occurs in the human body! However illegal in the United States, the consumption of DMT has deep roots within the culture of South American shamans and natural healers. While there aren’t many scientific studies yet that show the
therapeutic benefits of consuming DMT
, numerous selfless seekers — who have found themselves challenged with lifelong fears, depression and anxiety — have taken it upon themselves to head into the South American jungle and try magical brews like
Ayahuasca
and
San Pedro
for themselves, and no matter how many reviews and testimonials you read, it seems that by the time the experiences are over, there is a
long lasting relief
from emotional trauma, alleviation of issues relating to PTSD, and one generally experiences a
profound sense of well-being
.

Rick Strassman, whom we quoted on numerous occasions in this post, put together a scientifically-backed book called
DMT: The Spirit Molecule

, within which he shares his lifelong findings of the origins of DMT, how it is found in the human body, and the kind of mystical and spiritual experiences that people have when consuming it. We live in a world where the Western society has yet to embrace the natural healing that is possible thanks to a large variety of plants on this Earth, perhaps things will start to shift gears once people begin to understand that the human body is a swiftly adapting organism that can build great tolerance against chemical drugs meant to aid in depression, stress, and other emotionally-related issues.

Common Benefits of a DMT Experience

Whether we want to believe (accept) that a naturally occurring substance such as DMT can induce a spiritual experience is up to all of us individually, but searching for “DMT reviews” and “DMT trip reports” gives us a large variety of experiences to work with, to notice common patterns and similarities that can help to understand the function of this psychedelic substance. What are the most common experiences that people have when ingesting DMT orally? Below are our findings, gathered through numerous personal studies and reviews.

The findings are surprisingly identical to that of a meditation practice, those with a regular meditation practice will report the same benefits as outlined above. Which comes back to what was said earlier, that serious meditation practitioners can flood their own brains with DMT and avoid having to ingest DMT directly.[/caption] We have still more to go, and we will explore ways that one can stimulate and activate his pineal gland later on, but for now, another “controversial” topic of discussion is the effects that fluoride has on the pineal gland.

What is the correlation of fluoride and pineal gland?

As you begin to grow older with age, your pineal gland starts to calcify, and lose some of its potent functionality. These statements differ based on the lifestyle choices of each individual, but ingesting too much of fluoride is known to be an important factor in how fast the pineal gland gets calcified.

One of the modern inhibitors to our pineal gland is fluoride, which calcifies it. In Europe, it is believed that 60-80% of the population has a calcified pineal gland. Conversely in Asia it is 15 to 25% and in Africa it is predicted to be 5 to 15%. Much of the water in Europe and our toothpastes and mouthwashes, have been saturated with fluoride, unlike other continents, because historic medical advice has shown it to be beneficial to the health of our teeth and gums, which is increasingly being challenged by many sources now.” — Caroline Cousins

Research compiled by Dr Mercola shows that fluoride might not only cause cancer, but fluoride can also lead to devastating diseases like Alzheimer’s — which is directly linked with the body’s inability to produce melatonin because of a calcified gland: fluoride reduces the production of melatonin. There have been great outbursts of anger towards the governments in countries like United States, which have admitted that the fluoride levels in water are way above their norm, and have since taken the appropriate steps to reduce water fluoridation. It hasn’t, however, stopped people from deeming this situation as a conspiracy to control people, which in all fairness isn’t so far fetched, given that DMT — which is found in the human body — is labeled as a Class 1 drug.

Which substances calcify the pineal gland?

You may want to start cutting down on the following substances, so that you can start the process of reversing the effects that calcification has done on the effects of a healthy gland. So, one has to ask himself, what kind of steps are there to take in order to reduce the calcification of the pineal gland (apart from beginning to reduce the consumption of the mentioned substances above), and more so, how to improve the function of the pineal so that it remains healthy? How to decalcify your pineal gland? You should by now have enough information to understand the purpose of the pineal gland, the effects of DMT, and the way that fluoride and other chemicals stand in the way of a healthy and functional pineal gland. For example, you can walk into any food supermarket today, and after checking the labels only of a handful of items you will become aware of the mass-production of food that is happening in the world today, as most food items contain numerous chemicals and substances that we listed as dangerous to your health.

The price of healthy food is far more affordable, than the price of your own life because of a disease that can be prevented through a mindful change in your die

You now have at your disposal, both sides of the spectrum. The things that damage your pineal the most, and the things that help to keep your gland healthy. You might not see instantaneous results, but gradually as your health improves you’ll have a much easier time to make a connection with that tingling feeling at the centre of your forehead.

How to stimulate your pineal gland?

Meditation, yoga, fasting, and an Ayahuasca ceremony are all extremely potent ways to get in touch with your third eye. Having written about the ways that meditation can be used to stimulate your gland, it’s of little use to rehash the same story again. Other writers have put together concise explanations of how to stimulate the pineal, one of which you can read here on Wake Up World. By combining together a mindful approach of detoxifying your body of toxins, changing your diet to an organic one, and using visual meditation techniques — you will inevitably be able to make the third eye work for you. Spirituality is a tough topic to depict, and majority of what you read about these subjects comes from people’s own experiences. Luckily for me — I never had a problem with embracing natural phenomena occurring in the body. All living plants have traces of DMT, scientists have proved that different parts of the body contain DMT, what else is there to know before we start to embrace ourselves as humans who are possible of more than meets the eye.
Article byDemi Powell