Paracelsus: Medicine, Magic and Mission at the End of Time 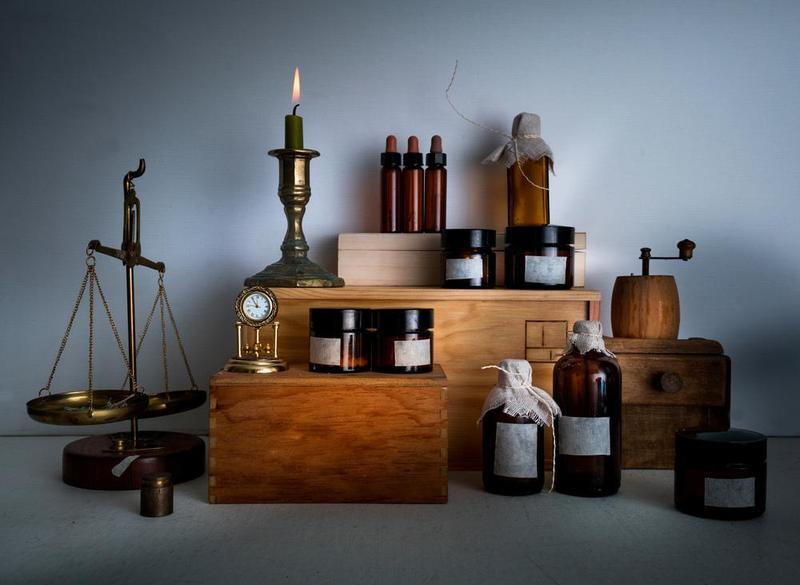 Over half a century ago, Walter Pagel introduced the scholarly community to the intellectual thought of Theophrastus von Hohenheim, more commonly known as Paracelsus (1493-1541), in his seminal study, Paracelsus: An Introduction to Philosophical Medicine in the Era of the Renaissance (1958).

Pagel's work inspired brave souls to venture into the dark and forbidding waters of Paracelsus's writings, and they have clarified individual aspects of his thought in medicine, theology, or occultism. However, until now, no scholar has attempted to demonstrate how the numerous threads of Paracelsus's thought cohered.

In a work that will be added to Pagel's essential study, Charles Webster has done a magnificent job of bringing the distinct aspects of Paracelsus's matrix of ideas together by placing them within their very specific historical context. Numerous challenges face any scholar who wants to study Paracelsus. When Konrad Gessner wanted to compile a biographical note on Paracelsus in 1545, he had difficulty locating the evidence he needed: "Apart from the ephemeral broadsheet manifesto that Theophrastus rushed out in Basel and a tract on the comet of 1531, Gessner could only find evidence of one other publication, De Grosse Wundarznei which, by 1545, had been frequently reprinted. This report by the assiduous Gessner suggests that most of the writings of Paracelsus had sunk without trace and that by 1545 he was only known by his surgery handbook" (p. 35).

In the generations that followed, the so-called Paracelsians rectified this problem to a degree, but a great deal of Paracelsus's work remains in manuscript with all the consequent limitations that fate entails, and even his printed work remains untranslated. Webster has studied and compared manuscript sources (which suggest that Paracelsus intended to bring such writings to press) as well as printed texts in an effort to bring some coherence to his wide-ranging interests and thought for an English-language audience. The elusiveness of Paracelsus to the historian is quickly discovered in the simplest steps toward creating a biography, such as the attempt to identify his education. It has been suggested that he was trained by learned clerics, particularly the abbot of Sponheim, Johannes Trithemius, but this is not certain. We might assume that like so many other German physicians of the day, he earned his doctorate in medicine at an Italian university, perhaps at Ferrara. When he arrived in Strasbourg in 1526, documentation proves that he was accepted in the city as a physician. However, no clear, defining evidence survives to show that Paracelsus was ever enrolled or studied at any university and it is possible that he did not possess a degree of any kind. He was indeed identified as "doctor" by his clientele, but that title may have grown from the reputation he enjoyed locally. Even the origin of the name "Paracelsus" is difficult to locate. For most of his life, he was known as Theophrastus von Hohenheim. In the winter of 1527-28 scurrilous verses appeared in prominent places throughout Basel when Theophrastus was there to secure a position.

The poet remains unknown, but Webster theorizes plausibly that they were the work of a young medical humanist who had heard Theophrastus's lectures and wanted to boost his own reputation by impugning the reputation of a potential rival. In any event, at this moment, he began to use "Paracelsus" as a rough classical substitute for "Hohenheim." Webster makes clear that for Paracelsus, "spiritual enlightenment was an essential precondition for the fulfillment of any other objective" (p. 70). This statement is the overarching argument of the text: as important as Paracelsus's contributions to medicine and other aspects of natural and occult philosophy were, all of his work was an element of larger philosophical and religious aspirations and goals. Throughout the study, then, Webster attempts to demonstrate how seemingly diverse activities and ideas were ultimately interrelated and coherent because of his cosmological vision. As Webster states succinctly, "Paracelsus proved well able to exercise prudence when this was required for his survival, but he made no attempt to disguise the radical nature of his mission. Self-evidently, the programme that he laid down for his secta theophrasta not only was designed to change the culture of medicine but also possessed implications for the entirety of spiritual and social existence" (p. 2). Webster provides a portrait of an individual who, at times at least, could be very much a part of his society and culture and yet often, maddeningly though it seems, deliberately separated himself from the accepted norms of early-sixteenth-century culture in the Holy Roman Empire. Webster's discussion of Paracelsus's understanding and perception of medicine and natural philosophy is framed within the larger argument that the scholar saw his thought as part of a complete reformation of society. Of course, Paracelsus rejected Galenic medicine in favor of his own for the same reasons that he rejected so much else from antiquity.

According to Paracelsus, scripture assured that along with the transformation of church and state another restoration would occur: humans would obtain dominion over nature through their employment of the sciences, technical arts, and medicine. For this reason, Paracelsus saw great utility in turning to the number three to understand how the most fundamental aspects of the universe operated. For all his heterodoxy, Paracelsus was certainly a Trinitarian and Webster argues that this stance helped him to formulate his matter theory: "Paracelsus argued that three principles, analogous to the three members of the Trinity, were required to make up a perfect body in either the microcosm or the macrocosm. In view of their fundamental status, it was appropriate to recognize that these three entities were, just as much as the four elements, the product of divine fiat" (p. 135). For these reasons, mercury, sulfur, and salt were his primary principles, but it was not just these familiar elements that fed Paracelsus's appreciation of threes in nature. When he discussed a disease, it, too, was understood in threes. So, for example, syphilis, according to Paracelsus, "existed in three forms, each determined by the impact of a poison derived from one of the three principles" (p. 139).

All of Paracelsus's perceptions of medicine and healing led to a correlation between salvation and health. Humans' spiritual and physical lives were inherently related and one could not be understood without the other. One of Webster's most significant contributions is his clearer identification of Paracelsus's spiritual orientation. He was born into the faith of the western Latin church and buried according to its rites. Between those two moments, Paracelsus posed numerous challenges not only to his religious tradition of birth, but equally to the magisterial reforms of Martin Luther, Ulrich Zwingli, and their followers. He found all three major confessions equally corrupt, more concerned with satisfying their basest worldly needs and desires instead of striving for real reform. Despite his sharp polemic and seemingly limitless frustration with his peers, however, Paracelsus genuinely believed that reform of the entire society--church and state--could occur, but only when the message of Christ's sermons to love one another was fully and completely received. If Paracelsus deliberately distanced himself from Roman Catholics, Lutherans, and Zwinglians, he might have found a spiritual home in the community of Anabaptists. Webster argues persuasively that the doctrine espoused by Anabaptists was quite similar to Paracelsus's. He was sympathetic to the Anabaptists' reservations against civil offices, to their stern judgment of loose enforcement of existing moral standards, to their claims of being the true church and finally, perhaps crucially, he apparently supported believers' baptism. All of this information leads Webster to conclude that "[g]iven the substantial area of agreement between Paracelsus and the Anabaptists ... it is not surprising that in their general ethos the writings of Paracelsus betray striking similarities with various of the declarations of belief emanating from Anabaptist sources" (p. 188). Webster has produced a tour de force, a work that reaches into intellectual history as well as the history of science and medicine, occultism, and Christianity. He demonstrates for the reader how Paracelsus's broad understanding of the universe touches numerous and differing historical specialties and approaches and illustrates how his interests remain ours.