Not Looking at Zen Art 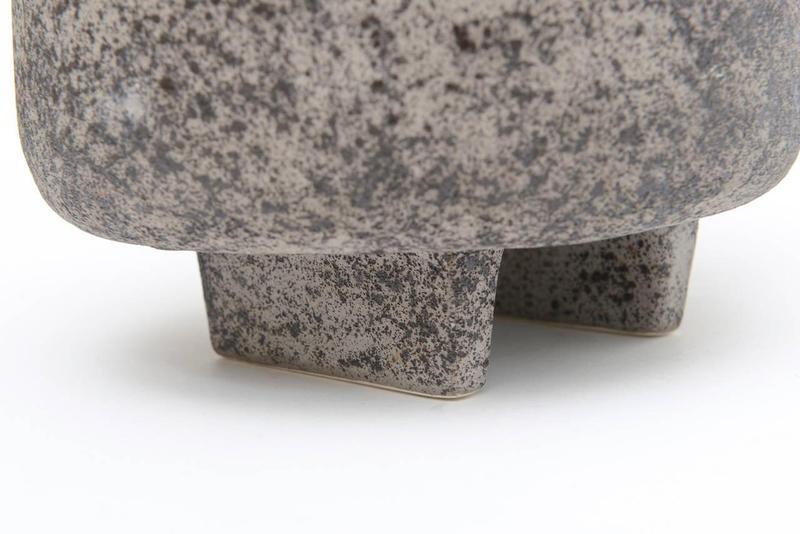 In much of Japanese culture, sight is regarded as the least reliable of the senses. Japanese art, and especially Zen art, is not supposed to be a visual encounter. Miyamoto Musashi, a master Japanese swordsman and artist of the 17th century, stated,"The eye of intuition is strong; the eye of vision is weak." To put it differently, what matters most in life are not the observable forms seen by the eye but what is perceived with a profound spiritual intuition. And that which is perceived is a spiritual force or vital energy called kiai.

For the ink to have this force, the person who drew the calligraphy needs to have a solid spiritual base. Or, with regard to our type of Zen training, a highly improved use of posture and breath. Calligraphy and ceramics with these kinds of kiai possess the capability to move those who experience them.

To better comprehend bokki and dokki, think about the title of the school of calligraphy used for training inside the Chozen-ji lineage of Rinzai Zen. The name--Jubokudo in Japanese--signifies"deep in the wood" and stems from a story about a work of calligraphy the 4th-century Chinese calligrapher Wang Hsi-chi had brushed on a plank of wood.

A man found the calligraphy some time later and not recognizing its worth, started shaving the board to erase the ink and create a fresh surface for writing. However deeply he cut, but the ink moved deeper into the timber. This"deeper," when expressed with ink, is bokki and, even when expressed in clay, is dokki.

From the calligraphy classes offered at Spring Green Zen Dojo at Wisconsin, where I'm head priest, our lineup of Jubokudo comes through Yamaoka Tesshu, a noted swordsman, statesman, and also put Zen master of 19th-century Japan. He also Made a calligraphy guide based on the 154 Chinese personalities of a poem,"The Eight Immortals of the Wine Cup," from the Tang Dynasty poet Tu Fu.  The story goes Tesshu chose this poem because the cornerstone of a calligraphy guide that he left for his wife when she requested to find out the craft.

We begin by grounding our breath and posture, after the practice methods developed from the 20th-century swordsman, calligrapher, and Zen master Omori Roshi, as we draw a diagonal line with just as much attention as you can.  We then train imitation, brushing personalities as revealed in Tesshu's guide, three characters at one time.

The exact same participation of the hara can be highlighted in our ceramics instruction. Within our program in the dojo, we've started developing drills based on insistent kneading of the clay and centering to the wheel, before immediately forming the porcelain piece. This bodily way to calligraphy and ceramics coaching ensures they are more like a martial arts exercise than an artistic invention.

In lots of the Japanese cultural arts, there's a tradition that states it's difficult to train a newcomer till they've completed 10,000 repetitions. And that is not as true of our manner of calligraphy and ceramics. As an instance, to be able to brush 10,000 three-character bits from Tesshu's instruction guide, you would have to brush the entire Eight Immortal suggestion twice each day for 100 days. You'd then have a starting point for serious instruction.

One thing which shows that the physicality of our practice at calligraphy is that we seldom discuss the significance of any character or pair of characters. Surely there's a very long tradition of Zen masters cleanup calligraphy of a meaningful phrase. However, the issue for many Western audiences of such a bit is the translation of this term, the meaning of the phrases, instantly obscures the visceral experience of this calligraphy itself.

However, the master isn't attempting to tell something; the master is being that some thing. By way of instance, if there's a single brushed personality that could be interpreted as"to sit," the personality itself needs to"sit." There ought to be a feeling of gravity and repose from the ink onto the newspaper since the exact same feeling of gravity and repose is at whoever picked up the brush.

How do you get the most from your encounter with a work of Zen art? To the degree that you have trained seriously in Zen and learned to engage the hara, you may already start experiencing the art in a physical way. And the more your sense of gravity and breath grows, the deeper the experiences become. The duality of founder and audience starts to dissolve when the viewer joins the art.

One means to do so, even for people who have no or limited Zen training, would be to attempt to breathe your way through the strokes of ink in a work of Zen calligraphy. Pick what you think should be the beginning point for a character and then use one breath to adhere to the route of the brush. This way you can start to have the artwork's manifestation of bokki.

Having a job of ceramics, even if you're allowed to pick it up, do not begin by looking at the work. Rather, scan your body. Instead consider how the weight of clay in your hands is being carried in your body. If your body becomes grounded, then you're, in a feeling, coming in touch with the body of the potter. You're feeling the ceramic's dokki.

If the  ceramics are behind glass at a museum exhibition, stand right facing the item. Feel the way the weight of your body links to the floor by sensing the strain at the base of your big toes. As you allow yourself feel heavier and heavier, counter the gravity using a very long exhalation to push the top of your head toward the ceiling. This type of posture becomes a kind of standing zazen (Zen meditation). Your gaze softens, and you start to get a feeling of what would happen in your body should you could pick the bowl up. With time, you might feel the glass between you and the artwork dissolve, and you might even feel that the division between you and the creator dissolve. And all that's left is Zen art.