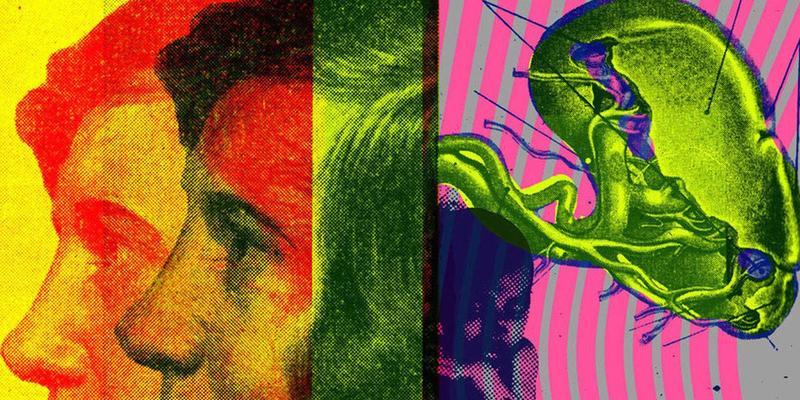 About 20 percent of youth in the United States live with a mental health condition, according to the National Institute of Mental Health.

The good news is that mental health professionals have smarter tools than ever before, with artificial intelligence-related technology coming to the forefront to help diagnose patients, often with much greater accuracy than humans.

A new study published in the journal Suicide and Life-Threatening Behavior, for example, showed that machine learning is up to 93 percent accurate in identifying a suicidal person. The research, led by John Pestian, a professor at Cincinnati Children's Hospital Medical Center, involved 379 teenage patients from three area hospitals.

Each patient completed standardized behavioral rating scales and participated in a semi-structured interview, answering five open-ended questions such as "Are you angry?" to stimulate conversation, according to a press release from the university.

The researchers analyzed both verbal and non-verbal language from the data, then sent the information through a machine-learning algorithm that was able to determine with remarkable accuracy whether the person was suicidal, mentally ill but not suicidal, or neither.

“These computational approaches provide novel opportunities to apply technological innovations in suicide care and prevention, and it surely is needed,” Pentian says in the press release.

In 2014, suicide was ranked as the tenth leading cause of death in the United States, but the No. 2 cause of death for people age 15 to 24, according to the American Association of Suicidology.

A study just published in the journal Psychological Bulletin further punctuated the need for better tools to help with suicide prevention. A meta-analysis of 365 studies conducted over the last 50 years found that the ability of mental health experts to predict if someone will attempt suicide is “no better than chance.”

“One of the major reasons for this is that researchers have almost always tried to use a single factor (e.g., a depression diagnosis) to predict these things,” says lead author Joseph Franklin of Harvard University in an email exchange with Singularity Hub.

Franklin says that the complex nature behind such thoughts and behaviors requires consideration of tens if not hundreds of factors to make accurate predictions. He and others argue in a correspondence piece published earlier this year in Psychological Medicine that machine learning and related techniques are an ideal option. A search engine using only one factor would be ineffective at returning results; the same is true of today’s attempts to predict suicidal behavior.

He notes that researchers in Boston, including colleague Matthew K. Nock at Harvard, have already used machine learning to predict suicidal behaviors with 70 to 85 percent accuracy. Calling the work “amazing,” Franklin notes that the research is still in the preliminary stages, with small sample sizes.

“The work by the Pestian group is also interesting, with their use of vocal patterns/natural language processing being unique from most other work in this area so far,” Franklin says, adding that there are also limits as to what can be drawn from their findings at this point. “Nevertheless, this is a very interesting line of work that also represents a sharp and promising departure from what the field has been doing for the past 50 years.”

Machine learning has yet to be used in therapy, according to Franklin, while most conventional treatments for suicide fall short.

“So even though several groups are on the verge of being able to accurately predict suicidality on the scale of entire healthcare systems , it’s unclear what we should do with these at-risk people to reduce their risk,” Franklin says.

To that end, Franklin and colleagues have developed a free app called Tec-Tec that appears effective at “reducing self-cutting, suicide plans, and suicidal behaviors.”

“We’re working on trials and soon hope to use machine learning to tailor the app to each individual over time,” Franklin says, “and to connect the people most in need with the app.”

Thirty-four participants were interviewed and assessed quarterly for two and a half years. Using automated analysis, transcripts of the interviews were evaluated for coherence and two syntactic markers of speech complexity—the length of a sentence and the number of clauses it contained.

The speech features analyzed by the computer predicted later psychosis development with 100 percent accuracy, outperforming classification from clinical interviews, according to the researchers.

“Recent developments in computer science, including natural language processing, could provide the foundation for future development of objective clinical tests for psychiatry,” they wrote.

In a project now under way, scientists at the University of Texas at Arlington and Yale University will combine computing power and psychiatric expertise to design an AI system that can assess a common disorder among youth: attention-deficit/hyperactivity disorder (ADHD), which the Centers for Disease Control and Prevention (CDC ) says affects 8.5 percent of children ages 8 to 15.

The research uses “the latest methods in computer vision, machine learning and data mining” to assess children while they are performing certain physical and computer exercises, according to a press release from UTA. The exercises test a child’s attention, decision-making and ability to manage emotions. The data are then analyzed to determine the best type of intervention.

"We believe that the proposed computational methods will help provide quantifiable early diagnosis and allow us to monitor progress over time. In particular, it will help children overcome learning difficulties and lead them to healthy and productive lives,” says Fillia Makedon, a professor in UTA’s Department of Computer Science and Engineering.

Keeping an eye out for autism

Meanwhile, a group at the University of Buffalo has developed a mobile app that can detect autism spectrum disorder (ASD) in children as young as two years old with nearly 94 percent accuracy. The results were recently presented at the IEEE Wireless Health conference at the National Institutes of Health.

The app tracks eye movements of a child looking at pictures of social scenes, such as those showing multiple people, according to a press release from the university. The eye movements of someone with ASD are often different from those of a person without autism.

About one in 68 children in the United States has been diagnosed with ASD, according to the CDC. The UB study included 32 children ranging in age from two to 10. A larger study is planned for the future.

It takes less than a minute to administer the test, which can be done by a parent at home to determine if a child requires professional evaluation.

“This technology fills the gap between someone suffering from autism to diagnosis and treatment,” says Wenyao Xu, an assistant professor in UB’s School of Engineering and Applied Sciences.

Technology that helps treat our most vulnerable populations? Turns out, there is an app for that.