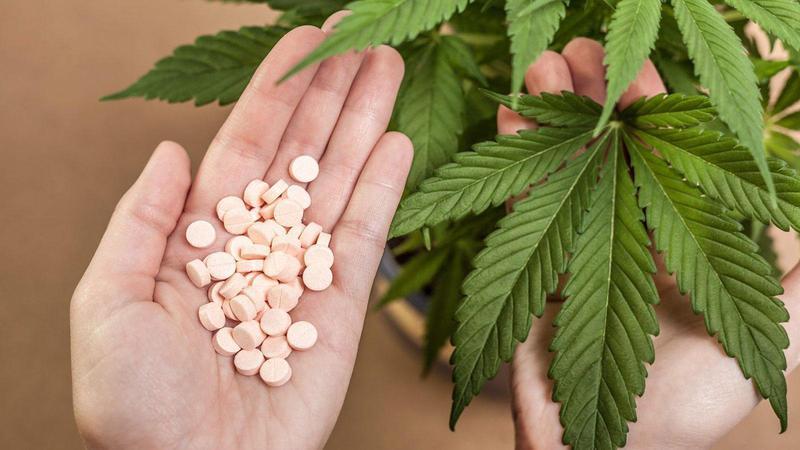 Say the word “cancer” and most people feel one thing: fear. That’s because, now more than ever, cancer seems to strike across such a broad range of categories — young, old, thin, overweight, athletic, stationary and everything in between. With cancer’s prevalence, so too are its “cures,” many of which are wishy-washy in the name of science. But there’s one all-natural remedy for cancer that’s surprising scientists and patients alike: cannabis.

How cannabis oil kills cancer cells
It’s well known that cannabis can help to alleviate pain and nausea associated with chemotherapy, but can cannabis oil actually kill cancer cells? A number of studies point in that direction, and the anecdotal evidence is stacking up as well. Here’s how it works: There are at least 60 known cannabinoids in marijuana, which activate the cannabinoid receptors that naturally exist in the body. One of the most well-known compounds, tetrahydrocannabinol (THC), produces the “high” that is associated with cannabis inhalation or consumption. But there are other compounds too, and they produce beneficial effects to the central nervous system and immune system, according to cancer.gov. To date, several studies on humans and animals have solidified the link between cannabis compounds and cancer cell death. Essentially, when cannabinoids enter the body, they target cancer cells and force them to “commit suicide” — all while having no negative effect on healthy cells, according to molecular biologist Dr. Christina Sanchez from the University of Madrid.

Does that sound a little too good to be true? Perhaps you need to see the hard data. If that’s the case, here are some notable scientific findings about cannabis and cancer cells:

Back in 2003, Rick Simpson was diagnosed with skin cancer. When surgery proved to be unsuccessful, he decided to try something a little different. He extracted oil from cannabis and applied it directly to his skin, which cured the cancer in a matter of days. Since then, he’s been a medical marijuana activist and helped more than 5,000 patients cure their own ailments — for free. When cancer patients use cannabis oil to inhibit the growth of cancer cells, they often use the Rick Simpson Oil (RSO) Protocol. The method involves consuming 60 grams of cannabis oil over the course of 90 days. Find out more about this method and how to extract your own oil here.

The research is sound by itself, but the anecdotal evidence is remarkable as well. A quick Youtube search for “cancer survivors and cannabis” yields dozens upon dozens of amazing stories. Here are some of the cancer survivors who have come forward about their controversial and lifesaving cannabis treatment.

After being diagnosed with stage-4 breast cancer at age 30, Larue left her high-stress work environment, changed her diet, used supplements, tried acupuncture and worked on personal fitness, along with six rounds of chemotherapy. When the cancer came back, Larue declined further chemo. Instead, she followed the Rick Simpson Oil (RSO) Protocol using cannabis oil until she was cancer-free.

When young Mykayla was diagnosed with childhood leukemia, her parents were determined to create a balance between conventional and natural medicine to give her the best chance. They fed her a vegetarian diet, free from processed foods and refined sugar. They also gave her supplements including vitamin C, green tea extract, milk thistle, coconut oil, vitamin D and more. In addition, they gave her cannabis juice, edibles and cannabis oil. She’s now in remission.

At age 64, Ashcraft was diagnosed with stage-4 mesothelioma from working with products containing asbestos. Thinking he only had one year to live, he took part in a clinical trial of monoclonal antibody amatuximab (MORAb 009). After three years of treatment, his health took a turn for the worse. That’s when he added cannabis oil to his regimen and eventually stopped chemotherapy. Now cancer-free, Ashcraft continues to use cannabis oil for health.

At age 54, Kelly was given nine months to live due to stage-4 lung cancer. After months of chemotherapy and the chemo tablet Tarceva, doctors told her that the cancer might slow down temporarily, but it would likely return — and more severely the next time. Without help or hope from the medical community, Kelly turned to cannabis oil and cannabis suppositories. After just seven months of treatment, she was declared cancer-free.

Some experts caution against false hope

There’s no doubt that the research and stories are compelling. And should you add cannabis or cannabis oil to your treatment plan? Probably. But rely on it completely to cure cancer? Experts say this isn’t a good idea — yet. Dr. Lester Grinspoon, Associate Professor Emeritus of Psychiatry at Harvard Medical School and author of several groundbreaking books on marijuana research, told Huffington Post, “I think the day will come when it or some cannabinoid derivatives will be demonstrated to have cancer curative powers. But in the meantime, we must be very cautious about what we promise these patients.” If you can’t get cannabis, there are other natural options

Perhaps it’s time to finally put the war on weed behind us. The mounting scientific evidence of marijuana’s benefits is indisputable for a range of conditions, from kicking opioid addiction to managing epilepsy. But if you live in a state where weed isn’t legal yet, you need to know about your other options. Along with cannabis oil, there are a handful of cancer treatments that have risen to prominence in recent years. If you’ve been diagnosed with cancer, it’s imperative that you work with your primary care physician to determine the best course of action for you. Make sure to ask your doctor about these all-natural treatments that have garnered public support:

As is so often the case, perhaps the cure lies in nature. A growing community of scientists around the world certainly seem to think so. For the future of humanity’s sake, let’s hope that turns out to be the case.