Meditation As A Glance Beyond Near Death Experience 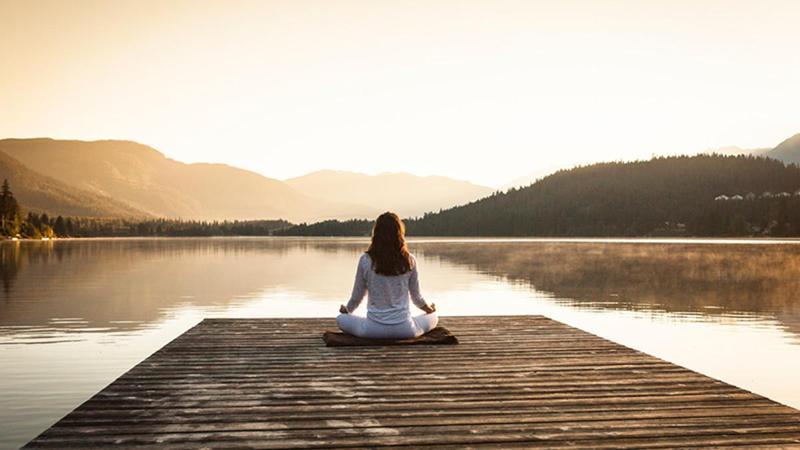 In the first study of its type, Dr. William Van Gordon, from the University's Centre for Psychological Research, followed 10 advanced Buddhist meditators from eight different nations over a three-year period. He compared meditation-induced NDEs to other regular meditation practices and evaluated their defining characteristics to make sure they met the standards of a conventional NDE.

Approximately four percent of adults in Western states report having an NDE when they are close to dying or in the interval between clinical death and resuscitation. Though individual, cultural and religious elements influence the language people use to explain and translate their NDEs, consensual scientific view indicates that there is little variation in the elements of NDEs.

These generally involve an out-of-body experience, a loss of awareness of space and time, communicating with light beings, meeting loved ones and looking back over their own lives. NDEs can often be transformational, prompting improved levels of intuition, changes in lifestyle and a better comprehension of the self.

The research demonstrated that some advanced Buddhist meditation practitioners can harness these experiences at will, fostering insight into the psychology of death-related processes as well as the nature of self and reality more generally.

Unlike regular NDEs, participants were consciously aware of experiencing the meditation-induced NDE and retained control over its duration and content. Assessment was however a range of methods such as restarting a battery of psychometric scales within one day of participants finishing their meditation.

Consequently, they also completed psychometric evaluations for a normal meditation practice which didn't induce an NDE or involve any kind of contemplation on departure or death-related processes, as well as one which involved reflecting on death but did not induce an NDE.

Unlike regular NDEs, participants were consciously aware of experiencing the meditation-induced NDE and retained volitional control over its content and duration.

Dr. Van Gordon, himself an experienced meditation practitioner, was the principal investigator for the study. The research was carried out in collaboration with the Awake to Wisdom Centre for Meditation and Mindfulness Research in Italy, the Psychology Division of Lincoln's Bishop Grosseteste University, the Miguel Servet University Hospital in Spain and Nottingham Trent University's Psychology Department.

Dr. Van Gordon said:"The practice of using meditation to gain a better understanding of death is longstanding, particularly in Buddhism where ancient texts exist that aim to help spiritual practitioners prepare , or gain insight into, the processes of dying.

"This study appears to confirm the existence of these meditation-induced NDEs, which have never been observed or investigated under research conditions before.

"A key implication is that the present study shows it would be feasible -- and ethical -- for future research to recruit advanced meditators to assess real-time changes in a person's neurological activity during an NDE. To date, the health risks and ethical challenges associated with conducting such a study in those experiencing a regular NDE have made this impossible."