SELFFAMILYSOCIETYHUMANITYEARTHUNIVERSEDIVINE
Home/This meal plan is paid for by medical insurance

This meal plan is paid for by medical insurance 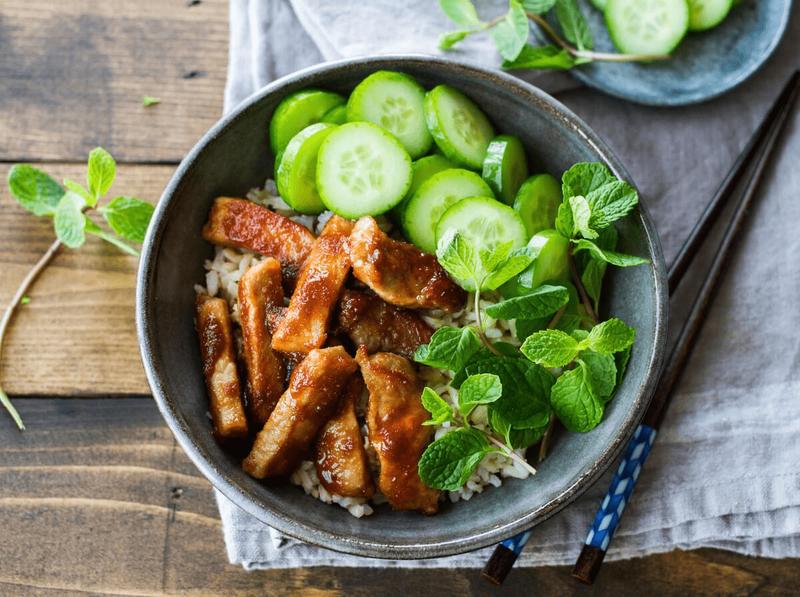 When Christina Bognet pitched the idea for a personalized meal-planning startup in 2012, she told prospective investors that day the company's services would be covered by health insurers.

PlateJoy is not a “meal kit” in the sense of Blue Apron--it does not send you any food. Instead, PlateJoy maps out meals for its users, customizing recipes to dietary preferences (“low carb,” “gluten free,” “paleo”), lifestyle aims (“trying to lose weight”), and also available cooking appliances and time. Customers may purchase the groceries themselves, or pay additional to purchase everything through grocery-delivery service Instacart. Without the food itself, PlateJoy costs $14 per month or $69 to get a six-month plan and $99 to get a 12-month plan. They normally hear about the program from their company or their insurance company, and take a short quiz on PlateJoy's site to find out if they meet the requirements for diabetes prevention and thus insurance coverage. PlateJoy submits claims to insurers or companies when customers of its pre-diabetes program reach particular health milestones, like losing 5 percent of their starting body weight.

Preventing diabetes is not the type of hot company you hear a great deal about in Silicon Valley. The disease was the seventh leading cause of death in the US in 2015, based on the latest statistics available from the Centers for Disease Control and Prevention (CDC). More than 84 million Americans, or one in three adults, have elevated levels of blood sugar that qualify as prediabetes. Research has discovered that "lifestyle intervention"--changes in diet and physical activity--may decrease by almost 60 percent the odds of the disease progressing into full-blown type two diabetes, the version of the disorder most frequent among US adults.

By focusing on diabetes and getting insurers to cover the meal programs, PlateJoy might have hit upon a model that works. The firm has raised $2.7 million thus far, most of that from a $1.7 million round of seed funding in April 2015. Blue Apron, that had a $2 billion valuation as a startup, went public at June 2017 at $10 a share and has since dropped 80 percent of its worth, with stocks currently trading a bit under $2 each. Meal-kit startup Plated sold to grocery and pharmacy chain Albertsons in September.

"The meal-kit delivery companies are helping to make cooking at home more convenient, which is great, but they don't address this basic reality that people have different tastes, nutritions, and schedules," Bognet stated. “When you talk to users, everyone says, ‘I’m very different, I’m an outlier.’ Everyone says that.”

PlateJoy's diabetes prevention program includes a Fitbit, wireless scale, and weekly video lessons with health experts, in addition to the organization's normal meal-planning support. PlateJoy began constructing it a year ago and needed a few hundred users test it in late 2017. She had gestational diabetes through her pregnancies and learned about the diabetes prevention strategy by her insurer, Anthem Blue Cross. Starkey enjoys that she is able to personalize the program to her other objectives and needs, such as following a Ketogenic diet or using up the 20 lbs of boneless chicken breasts she purchased at Costco. Since registering, she has lost 15 pounds. “I have the data to show that I have been making improvements in my weight,” stated Starkey, who resides in California.

Christopher Gardner, a professor of nutrition and medicine expert at Stanford University, said it is “short-sighted” how little care healthcare professionals pay to food. He stated a lifestyle change program such as PlateJoy's makes a great deal of sense, particularly if it could convince insurers and patients to take actions today to protect against a disease that may take years to set in. “Insurance companies could save billions of dollars from claims from diabetes if we could address this food issue,” he said.

Weight Watchers offers a prediabetes program that includes weekly “lifestyle meetings,” online chats with Weight Watchers personnel, and electronic tools to monitor weight loss and activity. The program price varies and can be covered by some insurance companies. Weight Watchers is filed with the CDC's National Diabetes Prevention Program and has obtained “preliminary recognition” for its services, meaning it's submitted at least 12 months of data on a set of consumers that stuck with the program for a year. PlateJoy's standing with the CDC is pending as it has existed for less than a year. The CDC awards three statuses--pending, preliminary recognition, and full recognition--any of that makes it possible for organizations to receive insurance reimbursement for their services.

Bognet became interested in nutrition and health while studying neuroscience as an undergraduate at Massachusetts Institute of Technology. She worked in healthcare consulting after college and had intended to go to medical school, before hearing from physicians that nutrition was equally as important to individual health as medication. She focused on her own health and dropped 50 pounds, weight she has kept off.

She sees PlateJoy within a wellness trend in healthcare which also makes financial sense. Research quotes the lifetime average cost of treatment for a patient with diabetes in the US at greater than $85,000. Bognet believes PlateJoy aligns the interests of all parties: Patients get fitter for less cash; insurance companies save money; and her firm gets paid. “I think five years from now, insurers will pay for your SoulCycle classes because they know it’s going to save them money long term.”