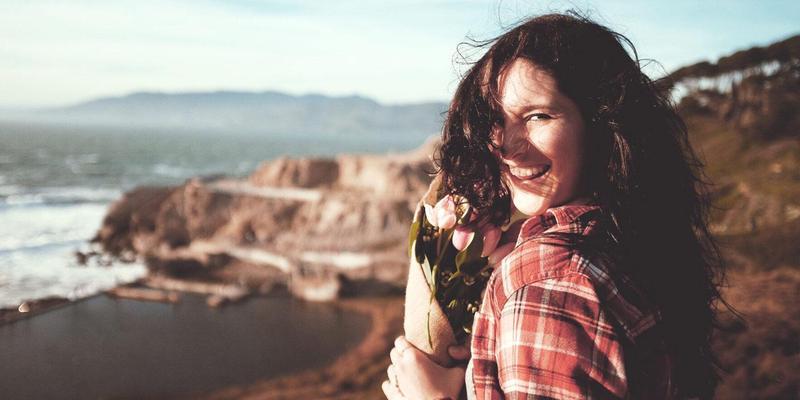 If you want to live a personal and professional life with no regrets, follow these 43 life lessons, penned by H. Jackson Brown. In the Fall of 1990, Mr. Brown sat at his kitchen table, pulled out a pad of paper and began writing advice to his son, who had just entered college. Mr. Brown's aphorisms eventually evolved into twenty one books, including four New York Times bestsellers. With Life's Little Instruction Book, Mr. Brown became the first author to simultaneously hold the number one positions on both of the NYT's hardback and paperback lists.

Some of Mr. Brown's quotes have become so well known that they are often mis-attributed to historical figures, including the following, which is widely credited to Mark Twain: "Twenty years from now you will be more disappointed by the things you didn’t do than by the ones you did do. So throw off the bowlines. Sail away from the safe harbor. Catch the trade winds in your sails. Explore. Dream. Discover." I came across a special edition of Mr. Brown's Life's Little Instruction Book while waiting in line at a FedEx store. I almost never make impulse purchases, but after flipping through a few pages, the following paraphrased quote jumped off the page:

I promptly purchased the book as a Christmas gift for my teenage son. As James Clear notes in The №1 Regrets of Dying Patients, far too many people spend their final stage of life regretting their youthful choices. Mr. Brown's advice will help you to, "live a good, honorable life which you can enjoy a second time when you are old." When read nearly twenty-five years after they were penned, some of Mr. Brown's musing are anachronisms (e.g., "Don't sit while ladies are standing"), while others are banal ("Turn off the tap when brushing your teeth"). However, the vast majority of the 1,560 quotations in Volumes I–III of Life's Little Instruction Book, are clever, relevant and inspirational. Below are 43 quotes in bold text which are relevant to business executives who want to live a regret-free life. I categorized the quotes by: aspiration, kindness, leadership, success and happiness. In a few instances, I have slightly paraphrased Mr. Brown's original text — my apologies to Mr. Brown and his purist fans. My brief annotations follow each quote.

1. Never give up when you truly believe. The person with big dreams is more powerful than the one with all the facts - the smartest person in the room seldom beats the one with the most passion.

2. Believe in love at first sight — be open to instant infatuation with respect to both people and business ideas.

3. Never laugh at anyone's dreams — no one has the right to opine upon someone else's desired future because no one can attest to the validity of an unrealized dream.

4. Find a job you like and you add five days to every week — I often tell my children, "I never worked at day at my startups because we were having too much fun." Admittedly, not every day was a carnival, but I certainly enjoyed the majority of my startup workdays.

5. Every so often, let your spirit of adventure triumph over your good sense — good judgment arises from mistakes, mistakes arise from bad judgment. Thus, a bit of occasional bad judgment is good for you.

7. Never let the odds keep you from pursuing what you know in your heart you were meant to do — entrepreneurs never calculate probabilities, even if the chances are one in a million, "one" is all you need to win.

8. Never deprive anyone (including yourself) of hope, it might be all they have.

9. Be the first to say, "Hello" — always set a friendly tone with a warm smile, a hearty handshake and a robust greeting.

10. Buy whatever kids are selling on card tables in their front yard — and let them keep the change.

11. Be kinder than necessary — there is an infinite supply of kindness, so don't fear depleting it.

12. Give people a second chance, but not a third — be nice, but not stupid.

14. Every so often, push your luck — push your luck slowly and deliberately, but be ready to quickly pull back, as you often won't know you have pushed your luck too far, until after the fact.

16. When lending people money, be sure their character exceeds their collateral — honesty matters, both yours and those with whom you associate.

17. It's not your job to get people to like you, it's your job to like people — you can only control your own actions and feelings, don't try to control those of others.

20. Become someone's hero — when someone asks you to be their mentor, smile and say, "I would be honored."

21. Do your homework and know your facts, but remember it's passion that persuades — history is filled with passionate leaders, I know of none that were unemotional.

22. Ask someone you'd like to know to list five people they would most like to meet. It will tell you a lot about them - consider using this as an interviewing technique, you might be surprised by your candidates' responses.

23. The shortest way to get anywhere is to have good company — one of the reasons I enjoyed my startups so much is that I had the pleasure of working with fantastic teams comprised of smart, dedicated and kind people.

24. Share your knowledge and you become immortal — mentoring matters, convey your insights freely to those who seek them.

25. Everyone wears an invisible sign that reads “Notice me. Make me feel important.” — ask people questions about their passions and achievements, almost no one can resist this temptation to talk about themselves.

26. Hire people more for their judgment than for their talents — forget resumes and hire based on attitude and aptitude.

27. When there's a piano to be moved, don't reach for the stool — lead by example, never ask someone to do a task you would not do yourself.

28. Once a month, go to lunch with someone who knows more about your business than you do — you are never too old, too smart or too successful to be a protégé.

29. Celebrate even small victories — create a culture of celebration by publically praising achievements that would otherwise not be visible to your team.

30. Plant more flowers than you pick

31. Learn to listen. Opportunity sometimes knocks very softly — everyone experiences several "big breaks" during their careers. Unfortunately, most people fail to recognize them when they occur.

33. Judge your success by the degree you are enjoying your peace, health and love — nurture all three of these treasures to the point of abundance.

34. Judge your success by what you had to give up to get it — as noted above, not even the entire world is ample payment for your soul.

35. Remember that winners do what losers don't want to do — outwork your competition and you will likely win.

37. Take care of your reputation. It's your most valuable asset — honesty is a serial entrepreneurs most potent weapon.

39. Earn your success based on service to others, not at the expense of others.

40. Happiness is not based on possessions, power or prestige, but on relationships with people you love and respect — if you doubt this wisdom, consider all the rich, powerful and famous people who are miserable.

41. After you've work hard to get what you want, take the time to enjoy it — in Startup Life, Brad Feld advises entrepreneurs to spend 10% of the proceeds of a financial windfall on something frivolous. What's the point of accumulating capital if you never derive pleasure from it?

42. Don't think you can relax yourself to happiness. Happiness comes as a result of doing — as David Pink has noted, most people are motivated by mastery, autonomy and purpose. These needs are heightened with inactivity, which is why most happily retired people have active lives.

43. Be happy with what you have while working for what you want.