Is Full-Time Work Bad for Our Brains 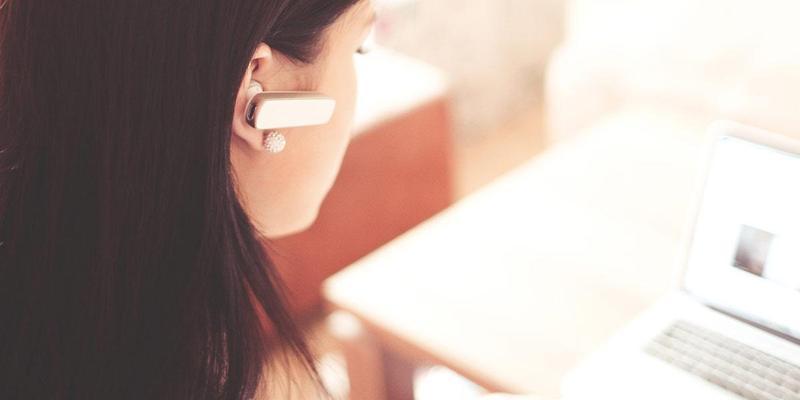 If you’re over 40, working more than 25 hours a week could be affecting your intelligence, new research suggests.

Don’t do an IQ test after a full week’s work if you are 40 years or older. You could be disappointed.

If you’re over 40, working more than 25 hours of work a week could be impairing your intelligence, according to a study released in February by researchers for the Melbourne Institute of Applied Economic and Social Research in Australia. The team conducted reading, pattern and memory tests in more than 6,000 workers aged over 40, to see how the number of hours worked each week affects a person’s cognitive ability.

Working 25 hours a week (part time or three days a week) was the optimum amount of time spent working a week for cognitive functioning, while working less than that was detrimental to the agility of the brain for both men and women, the study found.

“Work can stimulate brain activity and can help maintain cognitive functions for elderly workers, the ‘lose it or use it hypothesis’,” said lead researcher Colin McKenzie, a professor of economics at Keio University in Tokyo.

“But at the same time, excessively long working hours can cause fatigue and physical and/or psychological stress, which potentially damage cognitive functioning.”

But why is age 40 the turning point for the mind?

According to McKenzie, our “fluid intelligence”, which is how well we process information, starts declining around the age of 20 and “crystallised intelligence”, or the ability to use skills, knowledge and experience starts decreasing after 30 years of age. McKenzie said that by age 40, most people perform less well at memory tests, pattern recognition and mental agility exercises.

As many countries have already increased their retirement ages, delaying when people are eligible to start receiving pension payments, McKenzie’s latest findings on cognitive fatigue are important.

“Work can be a double-edged sword, in that it can stimulate brain activity, but at the same time, long working hours and certain types of tasks can cause fatigue and stress which potentially damage cognition,” he said.

The science behind it

McKenzie’s findings suggest that although economics may now be forcing us to work much longer than in previous generations, biologically and emotionally our minds may not be designed for the stress and repetition of working nine-to-five, five days a week when we are over 40.

Previous studies have shown that workers of various ages doing overtime can suffer chronic stress, cognitive impairment and also mental illness. One 1996 study from the Boston University School of Public Health indicated that overtime work had adverse effects on the mental health of employees in the automobile industry, such as on the assembly line in a factory.

McKenzie’s research differs in that his team has found that such health and cognitive issues can occur at a much lower threshold than previously thought — that is, in people over 40 working a regular week, rather than doing overtime.

‘Sandwich years’ are when many adults have at least one person to look after, a child or an elderly parent, on top of working full-time

The negative effects of stress on the mind are well-documented in neurological research. Stress affects cognitive functioning primarily through hormones, in particular, steroid hormones and the stress hormone, cortisol, in the brain which in turn can affect short-term memory, concentration, inhibition and rational thought.

But there may be other factors at play as to why 40 seems to be a critical turning point.

McKenzie’s team is now looking into the driving factors behind their research such as the “sandwich years” when many adults have at least one person to look after, a child or an elderly parent, on top of working full-time.

That creates a job on top of a job, where the person rarely gets a break. According to the US National Alliance for Caregiving in a survey conducted last year a typical caregiver in the US is a 49-year-old employed female, currently caring for a 69-year-old female relative who needs care because of a long-term physical condition. She has been providing care for four years on average, spending 24.4 hours a week in a care role, on top of her work and other family responsibilities.

Sleep also plays a role in being able to endure a full week of work. Until recently, high achievers often prided themselves on getting very little sleep. Former UK Prime Minister Margaret Thatcher used to say she could work effectively on only four hours sleep a night — though archive video footage captures her snoozing during the day. Arianna Huffington, editor in chief of the Huffington Post, claimed too she used to sleep around five hours a night until she realised it was bad for her health, now calling sleep deprivation the “new smoking".

But how much sleep should one get? The US National Sleep Foundation recommends more than seven hours sleep a night for people over 26 years.

Learning and memory depend on sleep and recreation, according to Karl Ericsson, professor of psychology at Florida State University. McKenzie’s research isn’t dissimilar to Ericsson’s.

One size doesn’t fit all

“We found that expert performers engaged in practice for 21-35 hours per week but no more than three to five hours per day,” Ericsson said.

“Under complete freedom to work, these individuals did not spend more than those weekly totals, suggesting that this amount of effort was judged to be optimal for them.”

A need to work

It’s all well and good, however, to discuss how much better we would be if we worked less than a 40-hour week in an office, but for many people who need the income to survive, it’s not a viable financial option. Many over 40s also wouldn’t dream of working less than a 40-hour week, given the option, as they say it gives them a necessary stimulus, calling the research overblown.

Richard Salisbury, age 58, who lives in the Blue Mountains, west of Sydney in Australia is one of them. Having worked both part time and full time for himself and for companies in-house as an information technology manager, he rejects the notion that less is more.

“In fact I found that I dealt with demands on my time more easily as I gained experience or just became older,” Salisbury said.

“I find the idea of a 25-hour threshold more than novel,” he said. “The vast majority of people with whom I worked had no noticeable impact on their cognitive ability by doing a 35- or 40-hour week.”

“Three days a week is great for work-life balance, especially when you have children at home but you are likely to fall out of touch and possibly sidelined. Four days a week means I feel pretty much fully connected to my team but I have an extra day off that helps me deal with other responsibilities.”

The key, Evans said, is having flexibility. The stress of her job is manageable, she said, helped by fairly widespread acceptance in the sector that employees should leave the office by 18:00.

“But in terms of the ideal amount of hours at work each week, it is difficult to say. When young and wholly committed with minimal other responsibilities, I seemed to thrive on working flat out but not sure how that would feel nowadays with everything so incredibly fast with email and social media.”

In last year’s Britain’s Healthiest Company awards, that were supported by the University of Cambridge in the UK (which didn’t include NGOs), sports goods, pharmaceutical and IT companies that topped the list for healthiest companies. All allowed time away from the desk and the opportunity to stay physically healthy.

For example, flexible hours at some of these companies allow employees to leave work early and some like Sweaty Betty provide exercise classes at lunchtime.

But Carol Black, principal of Newnham College, University of Cambridge and chair of the Britain’s Healthiest Company Advisory Group that supports the awards, isn’t so sure that older workers need less contact hours a week to function well.

In her view: “The most important thing about work is that it should be ‘good work’. If it is good, it does not matter whether full-or part-time.”