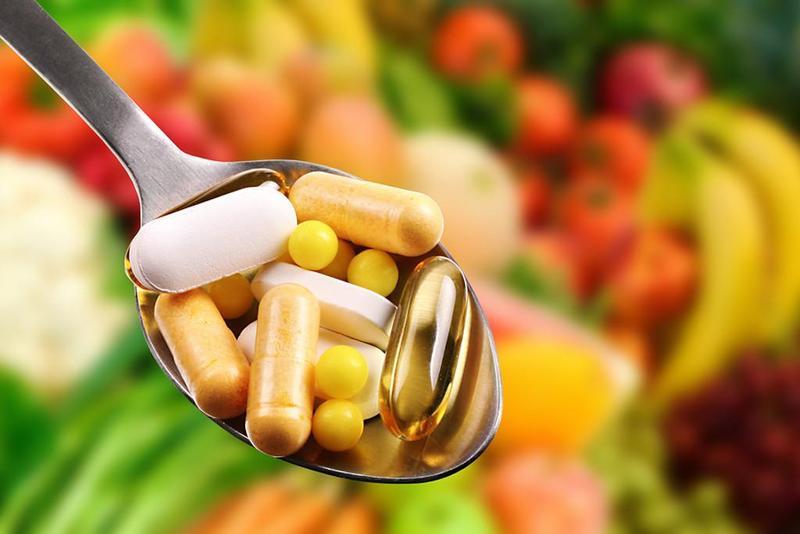 People take dietary supplements for lots of different reasons. Some are simply looking for nutritional insurance, a feeling of security that lapses in the everyday diet will not lead to inadequate amounts of this or that nutrient, such as inadequate B-12 as we get older, inadequate lutein to protect the eyes from sun damage, and so forth and so on. Others have more specific concerns, such as protecting against cardiovascular damage or speeding exercise benefits and recovery in the case of athletes. Whatever the reason for taking nutritional supplements, research normally is considered to be on the plus side of the equation both to confirm likely benefits and to show that there should be no harm. Both of these goals, unfortunately, can prove to be problematic in unexpected ways.

Lately, there has been no shortage of headlines asserting that dietary supplements lack utility in helping to maintain health. Indeed, in a recent issue of Total Health (Total Health Online Thursday, 01 May 2014) I debunked a claim that supplementing with omega-3 oils, primarily from fish oils, can increase prostate cancer. I argued that the conclusion is not supported by the evidence, most of which indicates that the opposite is true. In another article in a separate journal (Clouatre and Bell, J Nutr Food Sci 2013, 3:3), a coauthor and I rubbished claims that L-carnitine increases cardiovascular disease (the opposite is true). In these and similar instances, the supposed debunking of nutritional supplements had been presented as being based on scientific research. However, when examined closely, the research was found to be faulty, the conclusions did not follow from the research, the statistical model(s) used was/were misleading, the wrong questions were asked, or some combination of such issues came into play. The headlines might be attentiong-rabbing, but the research itself often was questionable on a number of grounds. Sadly, it is only the headlines that people tend to remember.

Earlier this year, yet another flashy headline appeared in a major journal asserting that multivitamin/mineral supplements are not useful for maintaining health. The responses from many of the most prestigious researchers in the field were not kind. One such response came from Balz Frei PhD, chairman of the Linus Pauling Institute at Oregon State University, Bruce Ames, PhD, of the Children’s Hospital Oakland Research Institute, Jeffrey Blumberg PhD, of Tufts University and Walter Willett MD, of the Harvard School of Public Health. These particular authors objected to the manner in which trials were selected for inclusion to prove that multivitamin-mineral supplements to not prevent chronic diseases and may actually cause harm. As noted by Balz Frei in an interview, these conclusions were arrived at by ignoring many beneficial effects that appeared in specific studies.

Frei pointed out that, among other benefits, multivitamins can help make sure that individuals meet the RDI of essential vitamins and minerals, e.g., “92 % of Americans do not consume the recommended amount of either vitamin D or E; 61 % don’t consume enough magnesium and 50% don’t take in enough calcium or vitamin A.” In addition, one large National Institutes of Health trial (Physician’s Health Study II) found that use of a multivitamin was associated with an 8 percent reduction in cancer incidence and reductions in total and nuclear cataracts by 9 and 13 percent, respectively. A casual observer might note that these results were found with physicians, a population of individuals that one might expect already to be taking better care of themselves than most of us, hence less likely to show benefits merely from supplementing with a multivitamin.

As Balz Frei argues in addition to the foregoing, multivitamin and mineral supplements not only offer inexpensive nutritional insurance, but also are remarkably safe. Dangerous dosage amounts are above clearly established tolerable upper levels of intake. Hence, merely following label instructions is a good guide to safe usage.

Is an Eight Percent Reduction in Cancer Meaningful?

One often-expressed line of criticism of dietary supplements made mostly by champions of drugs is that the benefits are not at a meaningful level. In many ways, this is a highly distorted line of criticism. Pharmaceuticals, of course, are expected to have very large effects in sick populations. Dietary supplements, in contrast, typically are tested in relatively healthy subject populations. Not surprisingly, the magnitude of the benefits found in the latter are likely to be much smaller than those that are found with drugs. After all, individuals who are reasonably healthy are just that, reasonably healthy. Moreover, drugs always come with numerous risks, whereas dietary supplements generally are extremely safe for most individuals.

A quick example indicates the differing scales of the two approaches: Weight loss in a morbidly obese patient (think of a person standing 5 feet 8 inches, yet weighing 300 pounds) happens very differently than in the average individual who only needs to lose few pounds, for example, 10 pounds. The morbidly obese patient on an effective compound can lose many pounds per week, whereas more normal-weight individuals not on a starvation diet simply will not lose more than 1 to 2 pounds (at the outside) per week for any extended period of time. Indeed, losing weight more rapidly than this can lead to problems, such as gallstones.

More about Vitamins, Herbs and Safety

In the November 2014 issue of “Whole Foods Magazine

The supposed reason for the trial described in the medical journal was to “characterize hepatotoxicity and its outcomes from HDS versus medications.” This no doubt is a laudable goal for a study, but if this was the only goal, why did the study exclude the single largest source of liver complaints in the U.S., acetaminophen-induced liver injuries? Moreover, as Cory Hilmas points out, the “Hepatology” article was not even designed properly to prove that supplements were causing an increase in serious liver disease. For instance, it was not designed to weed out major confounders, such as alcohol use, prescription drug use, family history, etc.

It should be understood that the likelihood of liver injury from pharmaceuticals and supplements can be difficult, if not almost impossible to discover in advance even with massive clinical trials. Having reviewed adverse event reports myself in the case of kava kava, I can attest that the vast majority of such reports are incomplete and even in the drug trials liver injuries often do not show up until the drug has been on the market for months or years.

Does the Food and Drug Administration have a good program in place to uncover liver damage from dietary supplements? Yes, it does. Hilmas writes that FDA’s Center for Food Safety and Applied Nutrition (CFSAN) has the CFSAN Adverse Event Reporting System (CAERS) to determine whether liver issues are actually related to dietary supplements.

To return to our starting point, it is important to have scientific validation of the benefits of herbals and dietary supplements whenever such studies are available. For historic reasons, such studies are not available on a number of traditional herbal products and formulas. Nevertheless, good science is always to be welcomed, “good science” being the operative phrase. Science is an ongoing enterprise and it is subject to the limitations of all human projects. It easily can be skewed by the inappropriate inclusion and/or exclusion of data and trials, by the drawing of conclusions not properly backed by either the study design or the evidence collected, by unrecognized weaknesses in the evidence, and so forth and so on. All these factors need to be kept in mind the next time one is drawn in by an attention-grabbing headline, whether the headline purports to provide news either good or bad regarding herbals and dietary supplements.