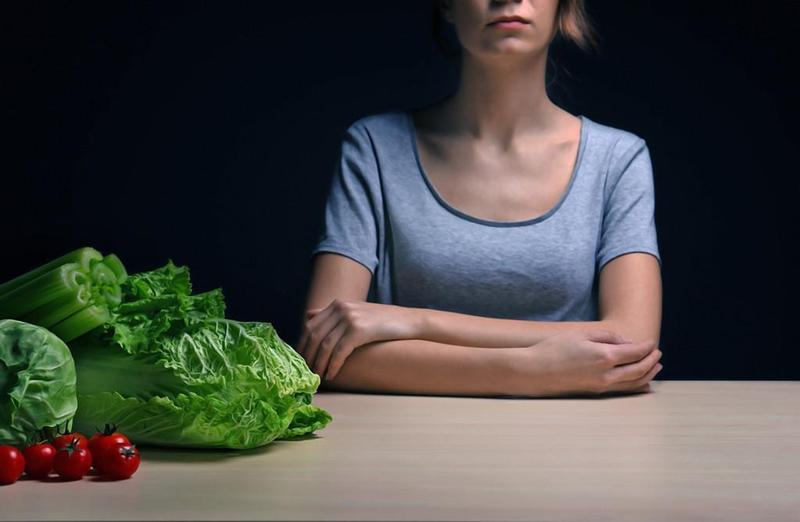 Are you having a hard time stopping or decreasing dieting, purging, bingeing or exercise? Have you ever thought that maybe you're not "failing" or "weak.” Instead, the habit part of your brain may be really strong!

The neuroscience of habit formation is complex, so let me oversimplify: a habit is a behavior or sequence of behaviors that has shifted from requiring focus and energy to one that requires little to no attention—seemingly automatic.

Humans often do things in pursuit of a reward; so we often plant a seed that can grow into a habit through our repeated thoughts and behaviors directed toward the reward. Make sense? At some point, the brain seems to choose to conserve energy—kind of like a computer’s hard drive when it shifts to sleep mode—by allowing us to not use extra thinking energy on what has already been well practiced. Voila, a habit has been formed!

Think about when you first started brushing your teeth. Remember the focus and concentration of making sure to scrub your molars, your gums, etc.? You may have even practiced a particular order of actions—a sequence. The desired reward might have been parental praise, a feeling of accomplishment, or an avoidance of punishment. The initial few acts of brushing your teeth probably required a lot more energy and attention than it does now! This transition from choice or intentionality to automatic habit, which happens without awareness, can be helpful to understanding what can feel like failed attempts at changing dieting, bingeing, purging, and compulsive exercise behaviors.

Let’s look at dieting, meaning restricting, or attempts at cutting caloric intake below what is required to maintain body weight. When a person repeatedly adheres to specific food rules and behaviors, especially if the rules and behaviors are tied to perceived rewards (e.g., self-esteem, weight loss, health), the repeated choices and actions may shift to habits.

According to research, once a habit has been formed in the brain’s structure, rewards can disappear or stop and the habit may continue. In the case of dieting, weight loss may slow or plateau and appearance compliments may decrease. Physical and mental health even may become jeopardized; physiological effects of restriction can range from seemingly minor (e.g., crankiness, decreased sociability, feeling less energetic) to potentially dangerous (e.g., physical weakness, malnutrition, refeeding syndrome). Yet the dieting habit may persist because the brain has gotten into a routine.

Groundbreaking research recently revealed that people with anorexia nervosa, an extreme example of repeated food restriction, seem to make decisions about their food from a specific area of the brain that is associated with habits. Why does this matter? The brain may actually be directing the person with anorexia nervosa to what is habitual (e.g., low calorie and restrictive foods) even if the person wants to eat differently.

Anorexia nervosa is a multi-faceted, serious, sometimes life-threatening illness; one component of its persistence might be attributed to the brain having adopted habit over choice.

For those of you who are “always on a diet,” have you ever considered that some of your dieting behaviors may actually be automatic habits that aren’t serving you or might be keeping you stuck? If so, here’s a thought: Maybe change is difficult because the habit part of your brain may be really strong!

Anything repeatedly practiced may become a habit. While bulimia nervosa and binge eating disorder are less well studied than anorexia nervosa, they both involve bingeing, which can also become automatic or habitual. A feeling of relief from experiencing emotions or “numbing out,” a dopamine release, and a sense of fullness or comfort are examples of some of the perceived initial rewards of bingeing. Over time, repeated binge eating may shift to a habit without the person’s intention. A bingeing habit can result in psychological struggles and medical consequences related to those of obesity.

It’s important to be aware of food restriction-driven binges, which can feel confusing to a person. Dieting can actually trigger a binge, and this commonly happens when a person is not eating enough and in regular increments. Since food is a basic need for survival, chronic dieting (or a dieting habit) can drive binge cycles that can transition into repeated food restricting-then-bingeing patterns and habits.

For those of you who find yourself repeatedly bingeing, have you ever considered that what was once deliberate bingeing may have shifted into an automatic habit? If so, here’s some inspiration: Maybe the negative things you might sometimes believe about yourself (e.g., “I’m weak,” “I have no willpower,” etc.) are NOT true; instead, the habit part of your brain may be really strong!

For purging behaviors (those that empty, such as use of vomiting, enemas, diuretics, and laxatives), if there is repetition, then choice may shift to habit. Additionally, the perceived reward(s) that initially drove the purging behavior (e.g., the pursuit of weight loss, a release of dopamine, relieving a feeling of over-fullness, etc.) may become less of a driving force than the automaticity of the habit. No problem, right? Wrong. The eventual physiological responses to a purging habit (AKA those behaviors common in bulimia nervosa) can range from subtle or uncomfortable (e.g., swollen parotid glands, sore or hoarse throat, etc.) to potentially dangerous (e.g., electrolyte imbalances, cardiac arrhythmia, heart attack, sudden death).

If you find yourself in a routine of purging, have you ever considered that what was once done by choice may have transitioned into an automatic habit? If so, here’s some hope: Maybe it doesn’t have to stay like this, and the negative things you might sometimes think about yourself (e.g., “I’m disgusting,” “I’m weak,” etc.) are NOT true. Instead, the habit part of your brain may be really strong!

Finally, let’s address exercise, which can be a compensatory behavior—and habit—initially reinforced by perceived rewards (e.g., hope for increased self-esteem, health, weight loss, strength, and more). Though exercise is often framed as positive by many in our society, when adhering to an exercise habit gets rigid or interferes with life, it can be a problem. For example, there may be a loss of flexibility in schedule, which could be seen as problematic for self or others. This could look like any of the following: someone who can’t go to a loved one’s social event because the person must exercise; the person stops, or is less attentive to, other important aspects of life because of the person’s exercise routine; or the person seems driven to exercise when ill or injured. Consequences of problematic or over-exercise can vary from minor to major and tend to relate to the person’s habits, individual body, frequency, and severity of activity and practices.

If you find yourself feeling locked into certain exercise routines, have you ever considered that your repeated choices about exercise might have shifted your behaviors into automatic habits? If so, here’s some encouragement: Life can have more choice in it. You may be stuck right now because the habit part of your brain is really strong!

If you are (or someone you love is) struggling with changing habits of dieting, purging, bingeing, or compelled exercise, consider the following. We all know that a habit is hard to break. However, a repeated action may become a habit; this applies equally to actions that align with healing and recovery from eating disorders and disordered eating. Instead of viewing attempts to enact desired change as “failed” or “never going to change,” recognize that the habit part of the brain might be really strong. So, keep trying! Use your ability to form a strong habit as a benefit! Keep practicing new, more desired, potential habits! For ideas about how to change behaviors, learn more about delays and alternatives.

I am not implying that creating new or breaking old habits—especially those related to eating disorders or disordered eating—are simple tasks. No, no. Not at all. Instead, we are looking at the brain’s powerful role when it hijacks choice and shifts something to habit, often without the person’s permission or awareness.

There is no hard and steadfast rule on how long forming a new habit—for example, one that aligns with healing and recovery from eating disorders and disordered eating—can take, so why not try?

Anyone who is engaged in eating disorder-related behaviors is strongly encouraged to seek professional guidance for support, techniques, safety and oversight while trying to break these difficult and sometimes dangerous habits. People’s bodies handle stress differently, and there can be serious mental and physical health consequences from what can seem like benign dieting, purging, bingeing, and exercise habits.

Please note that eating disorders are complex psychological illnesses that often come with physical consequences and cannot be oversimplified as habits. This is a way to better understand the automaticity of some eating disorder-related behaviors that people have a hard time decreasing and/or stopping.