SELFFAMILYSOCIETYHUMANITYEARTHUNIVERSEDIVINE
Home/Cherokee Plant Medicine: What Native Americans Used as Medicine for Everything from Pain to Cancer

Cherokee Plant Medicine: What Native Americans Used as Medicine for Everything from Pain to Cancer 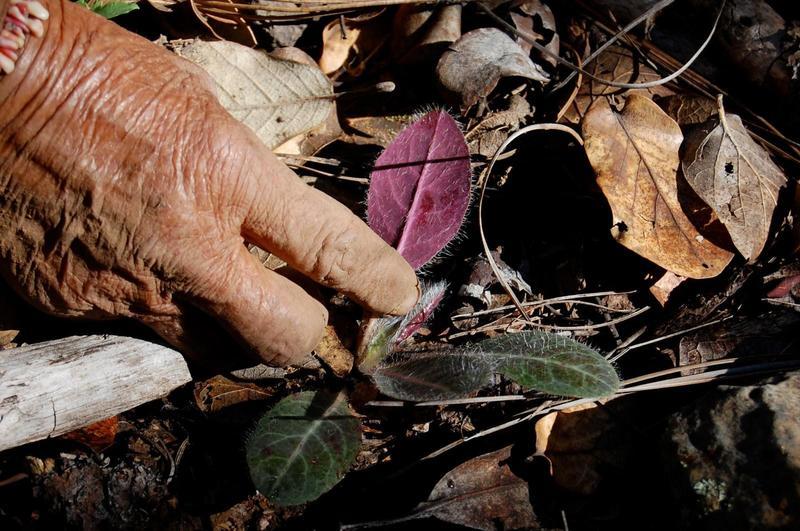 The Native American tribe known as Cherokee always used herbs to cure various diseases. They used to believe that they have been given gift by their creator to use these herbs as a medicine for the cure of different diseases. They used the natural pharmacy because they were also familiar with the unique gathering method to keep plants for longer time. They used to pick all the plants but in a way that they could continue to propagate.

Today we are going to share these 12 plants with you that were used by America natives. Please use them properly as they are very strong and dangerous if not used properly. Always remember that these tribes had years of experience in using them. Another reason is that these are natural so they are more powerful than the ordinary drug. Here are these precious natural plants that were used in past.

Mint is a commonly used plant these days. People mostly consume it in the form of tea. Mint has strong antioxidant properties, vitamin C, A, fiber, magnesium, calcium, potassium, and phosphorus. Mint was used by Cherokee as a cold compress by crushing and applying the leaves, it was used to improve digestion, crushed leaves were also used as an ointment. It was added in baths to treat skin itchiness. The mint leaves and stems are also used as a medicine for high blood pressure. While breastfeeding mint water can be used to treat cracked nipples.

Wild ginger also known as big stretch was used by the ancient tribes in the form of tea. They believed that mild tea from the root of ginger helps in digestion, intestinal gas, colic and stomach issues. The strong tea made from the root also helps to eliminate secretion from the lungs. It is said that another Native American tribe the meskwaki cured earaches by using the stem of ginger. The rootstocks can replace the regular ginger for various recipes that we make now a days.

The roots of this plant are full of calorie and starch. The stem and leaves also have numerous minerals and vitamins but the flavor is strange. The roots can be used as a potato as it has a rubbery texture. In ancient times it was used to purify blood and cure urinary infection. The bark and leaves of this plant were also used in the ointment that was used to heal sores and burns. The berries of this plant can be used in raw form or you cane made jam from them. It can treat arthritis when leaves are added into tea.

Buck Brush aka hummingbird blossom was used by the Cherokee to treat different issues such as cysts, inflammation, fibroid tumor, mouth and throat issues, high blood pressure and lymphatic blockage. It was also used for the treatment of kidneys, enlarged spleens, hemorrhoids, menstrual bleeding, inflamed tonsils and enlarged lymph nodes. They used to steep leaves and flowers in boiling water for at least 5 minutes to consume it.

Blackberry is considered to be a popular medicine for treating stomach and bleeding gums issues. If you chew its leaves then it can provide you relief from gums bleeding. These berries are rich in nutrition such as amino acids, dietary fiber, potassium, zinc, calcium, magnesium, iron, phosphorous, niacin, vitamin A, vitamin C, vitamin B6, vitamin E, vitamin K, riboflavin, thiamine and folate. Tea made from the roots of blackberries reduces the joints and tissues swelling. You can also make your own cough syrup by preparing a decoction from the roots and adding maple syrup or honey.

The fruit of this plant contains vitamin C therefore it treats flu and common cold. The Cherokee used to prepare a mild tea by using wild rose that helps in functions of the kidneys and bladder. The wild rose petal infusion can be used to treat your sore throat also the decoction of the root is used to treat diarrhea. The petals of wild roses are also used in the preparation of a tasty jam.

According to a study published in the Iranian Journal of Pharmaceutical Research the regular consumption of sumac can lower cholesterol level in body. From bark to leaves this entire plant has medicinal properties. The ripe berries contain Vitamin c so they can be consumed in the form of juice and bark in the form of mild decoction soothes the sore throat and diarrhea. The leaves are used in the form of tea and ointment as well. The tea helps to reduce fever while ointment from crushed leaves is used for poison ivy rash.

This plant offers best solution to stop bleeding due to its blood clotting properties. It can be used in the form of crushed leaves to stop bleeding. The juice made from its plant and combined with water can be used to get rid from internal bleeding of the stomach and intestinal illness. The leaves of this tree when used as a tea improve digestion and boost the stomach function. They are also good to treat skin acne, irritation and chapped hands. In case of different kidney issues and gallbladder it can be beneficial.

The Cherokee believed that burning mullein roots and leaves produce smoke that can help in opening up the pathways and calms the lungs. The tea made from its flowers has mild sedative effect. It also helps in chest congestion and asthma. The herb offers soothing effect to the mucous membrane. It also offers anti-inflammatory properties that relive tissues pain and irritation. You can use warm decotation and soak your feet in it to get rid from joint pain and swelling.

This herb is similar to spinach and can be found in the kitchen with the difference that it offers more minerals and vitamins. The leaves are high in iron because its roots get nutrition from deep inside. The juice prepared from the stem of this plant can help to soothe itching, diaper rash and minor sores. The decoction from the crushed roots has antiseptic properties and can be used as a warm wash.