Brain Training – Can We Really Enhance Our Cognitive Skills? 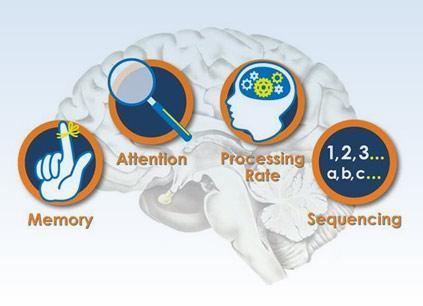 “Under what conditions does brain training work?” was the question posed at one of the sessions of the SharpBrains Virtual Summit, Monitoring and Enhancing Brain Health in the Pervasive Neuroscience Era, an event that brought together over 30 of the world’s top experts on brain health enhancement through emerging neurotechnological interventions.

This is a very interesting and timely question because, as the number of brain training interventions grow, we realize that there are in fact approaches that do work, while others do not. What is the difference between them? What determines whether or not a brain training method will work? These were the main discussion topics of this session.

As Alvaro Fernandez, CEO and Co-Founder of SharpBrains, highlighted, one thing needs to be cleared before entering this discussion: how do we define that a brain training intervention is “working”? As Alvaro Fernandez stated, what consumers of brain training interventions are mainly looking for is to improve performance, not treat diseases. By living longer, we are faced with the need to delay cognitive decline as much as possible. And, in fact, from a healthcare perspective, the best way to prevent symptoms of aging, cognitive decline, neurodegeneration, or even depression is to improve performance in a sustained manner. Better performance will delay decline, and consequently, will delay the onset of symptoms. So, we can say that a brain training intervention works when it improves cognitive performance in a sustained manner.

Another aspect that is important to understand is what kind of interventions are useful. Optimal brain health is the result of a multitude of factors; it is influenced by nutrition, physical exercise, mental stimulation, among others. When any of these elements is defective, the brain starts to lose power. What each person has to do is to figure out what needs to be worked on.

What is brain training?

Brain training is also a factor that may directly influence brain health. Brain training is more than just mental activity, it is mental exercise. Alvaro Fernandez used a great example that illustrates the difference between mental activity and exercise: cab drivers vs bus drivers. Cab drivers constantly need to figure out the best routes to get from one point to another, as well as to know where each point is located. Doing so acts as a type of mental exercise. Bus drivers, on the other hand, usually follow well-known repetitive routes; although there’s constant mental activity, there is little novelty and variety, and thus, little challenge. This difference is reflected in the fact that cab drivers’ memory and orientation skills tend to improve throughout time.

This serves as an answer to the initial question – brain training works when it offers mental exercise, when it provides novelty, variety, and challenge to our brain.

Mental exercise is pretty much like physical exercise – we should train as many “muscles” as possible. We can call it cross-training – a training of different types of intelligence and capacities, such as emotional, executive or perceptual skills.

Professor Bruce Wexler, another speaker at the SharpBrains Virtual Summit session, added that for brain training to work, certain requirements must be met. First off, a neurocognitive target, a specific intervention needs to be clearly determined – defining a clear target will most likely lead to good results. In the context of disease, the pathological processes should be well understood; in the context of neuroenhancement, there must be consistent targeting of a neuronal process. Furthermore, an effective training program should be individualized, focused on each one’s needs; it should also be multi-dimensional and performed systematically.

Brain stimulation is on the rise

One of the most popular approaches to brain training is transcranial direct current stimulation (tDCS), a cheap and safe technique which has been increasingly used to enhance brain functions. But does tDCS make the brain work better? Can it be used to enhance cognitive states?

According to Professor Roy Hamilton, also a speaker in this session, depending on how you stimulate the brain, you may get different effects.

There have been studies using tDCS to enhance cognitive skills with many interesting results. When used to enhance motor learning skills, for example, it has been observed that there is an accelerated rate of skill acquisition in individuals receiving tDCS, and that those effects are persistent, with performance remaining improved throughout time. Mental flexibility can also be improved, namely impulse control, cognitive control and even creativity.

Studies on working memory enhancement also showed that subjects receiving tDCS can improve their performance in working memory tasks such as committing number sequences to memory. Interestingly, this enhancement is greater when tasks are more difficult. This is actually a key point, since it shows that the nature of the training is relevant to its effects.

This brings us back to the initial question of what conditions determine if brain stimulation will work. An important factor may be the type of training you’re engaged in while receiving brain stimulation. The demands of the specific task in hand seems to make a difference on whether or not there are relevant effects.

Another important factor is the baseline cognitive state of the subject. When initial skills are low, there is greater room for improvement and a greater improvement is in fact observed. But when skills are already good to begin with, brain stimulation can potentially be counterproductive. In some cases, there is also the possibility that the enhancement of one aspect of cognition may lead to a decrease in another aspect, acting as a kind of tradeoff between mental skills.

Although brain stimulation can be effective, there is still a lot to be learned. An important question that remains to be answered is how these interventions affect the brain’s chemistry and the production of neurotransmitters. There are complex interactions that need to be understood so that the whole potential of brain stimulation and brain training techniques can be understood and achieved.