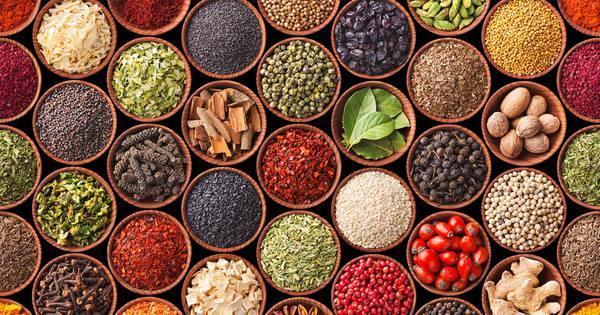 High in flavor and low in calories, they're packed with nutrients and surprisingly versatile.

Herbs and spices lend flavor, color and important micronutrients – all without adding fat or calories – to home cooking. And the culinary advantages of Mediterranean herbs and spices, in particular, are extolled by pretty much any chef worth her tall white hat. Even we mere mortals who cook dinner a few times a week can use them to zing up eggs, salads, lentils or chicken. Plus, they are relatively inexpensive if you buy them dried – or even better, grow your own, it's easy!

Here are nine of our favorite Mediterranean herbs and spices, some of which are surely old faithfuls in your kitchen, while some may be new to your kitchen. This week, pick one from the latter category, and have fun experimenting.

Parsley is one of the most versatile herbs you can use. (Photo: Kostiantyn Ablazov/Shutterstock)

Parsley is first on this list because it's useful in so many dishes, pretty much everyone loves it, and it's a nutrition superstar. Useful as a digestive aid and a natural breath freshener, its bright green leaves are packed with vitamins C, B12, and A, as well as tons of potassium, which makes it way more than garnish-worthy. It also has anti-inflammatory properties and promotes good digestion – which is why, some theorize, it ended up on dinner plates at fancy restaurants to begin with.

Becky Striepe, author of the cookbooks BOWLS! and 40 Days of Green Smoothies, shared her favorite uses for parsley with From The Grapevine: "I love to toss a handful of parsley into a green smoothie – it makes it extra refreshing! If you want to really savor this herb, though, I recommend making a chimichurri sauce," which is good on pretty much everything, she said. Parsley should be used fresh – if you're only going to grow one herb, it should be this one. Fortunately, growing parsley is totally foolproof (it just needs plenty of sun).

Saffron has been used for over 3,000 years. (Photo: Gts/Shutterstock)

Saffron is mostly known for being expensive, but you need very little of it when you cook (in fact, too much saffron can leave a dish with a decidedly medicinal taste) making it not much more expensive than using other spices. This spice not only adds flavor – like grassy, bright honey – but a pretty yellow-orange color too. Saffron, which originated in Greece and has been in use for over 3,000 years, looks like small strings; that's because it's actually the stigmas and styles of the crocus flower. (Remember your botany from science class? Those are some of the reproductive parts of the flower.)

Saffron is considered indispensable in iconic dishes like bouillabaisse and paella, but it can also be used in a variety of soups, rice dishes, salad dressings and stews. Fine Cooking magazine advises: "The best way to extract flavor from saffron is to soak the threads in hot (not boiling) liquid for 5 to 20 minutes. Then add both the saffron and the liquid to the recipe."

Thyme is one of the herbs Striepe says holds up best to drying, and though it's easy (and pretty) enough to grow, it's usually called for in recipes in its dry form. With its small leaves, it dries quickly and easily, so if you end up buying some fresh in the supermarket, you can always just dry it yourself by loosely bunching it together and hanging it upside down in the sunshine. It's especially popular in egg, bean and veggie dishes, so it's a key herb for vegetarians to keep in their spice racks.

Besides its lovely flavor, thyme is a powerful antioxidant and a natural anti-bacterial and anti-microbial agent. Of course you should always wash your greens, but a vinaigrette made with thyme will kill additional germs – which is why thyme has been used as a preservative herb for years as well.

The best thing about thyme is that it has a wild form that can be found literally anywhere and you can use it if you cook in nature or to add some flavor to your camping food.

After years of being added to recipes in dry form, basil, in recent years, has become one of the most popular herbs to use fresh. The iconic Italian dish caprese salad – with plenty of fresh basil, ripe tomatoes, mozzarella cheese, balsamic vinegar, olive oil, salt and pepper – puts it front and center, while grain salads often include it as more of a seasoning.

While it certainly flavors up tomato-based dishes and cooked meats, many would argue it's best eaten raw. And since it's just as easy to grow as parsley, basil is worth putting in a pot on the windowsill (and using often). Or maybe just invest in one of these amazing hybrid Basil trees that last for years.

Rosemary will grow almost anywhere you plant it and, in addition to the flavorful, needle-like evergreen leaves, bears pretty blue flowers that bees love. Its pine-meets-floral flavor is usually associated with chicken dishes (and it does pair very well with light or dark meat), but it's equally delicious chopped and mixed with olive oil, then drizzled over potatoes and veggies. Rosemary also enhances savory baked goods, like these buttermilk scones from The New York Times. You can chop rosemary leaves up and add them to soups or stews, or use them like bay leaves, dropping in a whole sprig to extract just the flavor from the plant.

Oregano is used in a lot of Italian and Greek dishes. (Photo: cookbookman/Flickr)

Oregano is related to marjoram (in case you've wondered what the difference between the two herbs is) and is a hardy, perennial herb that comes in many flavor varieties, from peppery to lemony to burn-your-tongue hot. Usually more flavorful when dried than fresh, oregano is the star of Greek salads and most Italian cuisine (you can't really have a good pizza without it). Oregano is another herb that's high in antioxidants, and it's used to treat stomach ailments, especially digestive issues.

Sage has an especially long and beloved history, having been written about by Pliny the Elder (he reported its use as a diuretic and tonic) and Charlemagne (who wrote of its plantings being found in monasteries), and used in ancient times to ward off evil (as well as flavor foods!). Today, there are many varieties of sage, and some are used decoratively as the plant has soft (sometimes fuzzy) grey-green leaves.

Sage is probably most popularly used in British cuisine, where it's even found in cheese, and is a staple of Thanksgiving stuffing recipes in America. But modern cooks have found plenty more uses for the peppery-flavored leaves, including pairing with white beans for a hummus-like dip, throwing whole into fresh pasta dishes, and infusing into honey (more ideas here).

The spice blend za'atar, an unusual but award-winning addition to chocolate. (Photo: Quanthem/Shutterstock)

Za'atar is "a savory, citrusy spice blend, and if you've never had it I recommend tracking some down!" said Striepe. One of those spice mixtures that everyone's mother or father had a family recipe for, it's actually a specific mix of thyme, marjoram and oregano herbs – savory is sometimes added. Mixed with sesame seeds, salt and dried sumac, it's a popular table condiment in Israel.

"I love it mixed with olive oil with crusty bread for dipping. You could also use it as a marinade for tofu or mix the spices into breadcrumbs if you're making breaded veggies," said Striepe.

And if you're really creative, za'atar can even be used in sweets: Israeli chocolatier Ika Cohen won a 2014 International Chocolate Award for her Za’atar Ganache.

Cilantro can be found in a lot of Indian and Mexican dishes. (Photo: Wheeler Copperthwaite/Flickr)

Unless you're one of those people who thinks cilantro tastes like soap, you already know cilantro is absolutely necessary for Mexican and Indian dishes (always use it fresh, the dried stuff is useless). It also works surprisingly well as a substitute for parsley in many recipes. And you don't have to limit its use to food, either – Striepe uses it instead of mint in her recipe for a cilantro mojito.