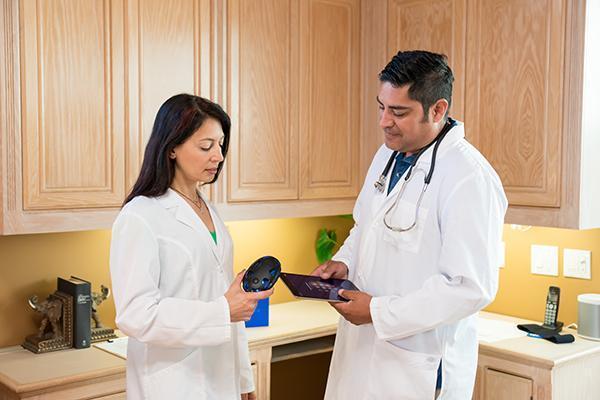 If you’re familiar with Oska Pulse, you may have read a thing or two about Pulsed Electromagnetic Field therapy (aka PEMF therapy). However, there’s still a lot you may have questions about—like how exactly PEMF machines work, their origin, and what types exist beyond Oska Pulse. So read on for some of these facts and more.

1. PEMF machines work in conjunction with the body’s own recovery processes to relieve pain by restoring cells’ ability to function efficiently.

Our skins, bones, and organs are composed of tiny cells. The membrane of a healthy cell has both positive and negative charges that are required for the exchange of potassium, sodium, and calcium ions. When cells become distressed from disease, trauma or toxins, they lose their ability to function efficiently. PEMF restores the positive and negative charges in the cell, enabling it to perform its natural function while speeding tissue recovery.

2. PEMF machines operate on different frequencies and this is what often sets them apart.

3. The human body requires electricity to send signals through the body and to the brain. PEMF therapy works effectively to re-align the electric potential of our cells.

Resting cells are negatively charged on the inside, while the outside of the cell is more positively charged. The flow of charges across the cell membrane is what generates electrical currents.

When a cell is stimulated, it allows positive charges to enter the cell through open ion channels. The inside of the cell then becomes more positively charged, which triggers further electrical currents that can turn into electrical pulses, called action potentials. Our bodies use certain patterns of action potentials to initiate the correct movements, thoughts and behaviors.

Electric and magnetic fields (EMFs) are invisible areas of energy, often referred to as radiation, that are associated with the use of electrical power and various forms of natural and man-made lighting. EMFs are typically characterized by wavelength or frequency into one of two radioactive categories:

Non-ionizing: low-level radiation which is generally perceived as harmless to humans

Ionizing: high-level radiation which has the potential for cellular and DNA damage

PEMF therapy has 60+ years of clinical success in relieving pain at the source by pulsing electromagnetic waves at precise frequencies, speeding the body's recovery at a cellular level.

PEMF therapy was approved by the FDA in 1979 specifically for the healing of nonunion fractures, which came after a Columbia University study that was encouraged by NASA, and has recently gained attention in the U.S. The value of pulsed electromagnetic field therapy has been shown to cover a wide range of conditions, with well documented trials carried out by hospitals, rheumatologists, physiotherapists, and neurologists. (source)

6. PEMF technology was developed after WWII (though its origins go back much further) and was researched and adopted by NASA.

PEMF therapy actually originated from NASA’s research involving the benefits of pulsed electromagnetic fields on astronauts for fatigue, depression, bone loss and other symptoms following even short trips to outer space. Scientists discovered that the cause was due to astronauts being without this beneficial natural field emanating from our Earth. (source)

NASA did a 4-year collaborative study on the efficacy of electromagnetic fields to stimulate growth and repair in mammalian tissues. You can download the findings here.

7. Many of the first PEMF machines originated in Eastern Europe.

Prior to the invention of the first PEMF machine, Nikola Tesla created the first magnetic loop coil, which are now used in all modern PEMF machines. Some of the first devices were invented in Czech Republic and then introduced to Hungary in the 1980’s. By the late 1990’s, much of Europe was already familiar with PEMF therapy. (source) Oska Pulse originated in Australia, but is manufactured in the United States.

8. The first PEMF machine was quite large.

The original PEMF devices consisted of a Helmholtz coil—a life-size, space-age looking machine, that produced a nearly uniform region of magnetic fields. The patient was placed inside this machine to deliver treatment. Today, the majority of PEMF wellness devices resemble a yoga mat in dimensions, but are slightly thicker to house several flat spiral coils to produce an even electromagnetic field. Oska Pulse is unique in the industry in that it’s small, wearable, and travels with you. You put it directly on or near your area of pain and go about your normal activities.

10. PEMF machines are not just for people. Animals respond to them, too!

Veterinarians became the first health professionals to use PEMF therapy, usually to heal broken legs in racehorses. In fact, our company, Oska Wellness, is named after a koala that had been badly burned in a bush fire. His whose wounds weren’t responding to treatment. The prototype of Oska Pulse was laid next to the koala, and in just three days his wounds started to heal. The koala’s name was Oscar, which sounds like Oska when pronounced with an Australian accent.

A few things are certain about PEMF machines—they’ve been around a long time, have a proven track-record to relieve pain, and are growing in popularity as more and more chronic pain sufferers are seeing results with this non-drug, non-invasive medical device. And what’s different about Oska Pulse? It’s small and lightweight, though just as effective at relieving pain as the PEMF mats and/or going in for treatments. As a one-time purchase, it’s also much more affordable. Ready to get your own or give one to a deserving friend or family member? Click here and join the thousands who have found pain relief from this incredible device.