What It Actually Means To Be A Shaman? 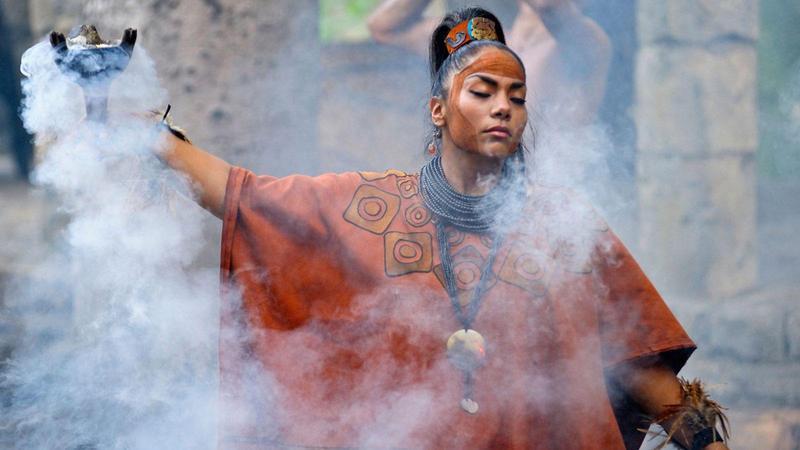 Some spiritualists, regardless of their background, describe themselves as shamans in the same breath that they also call themselves Reiki masters, tarot readers, aura cleansers, and mediums. While these latter terms each refer to a particular type of spiritual practice, "shaman" has seemed to have lost most of its specificity. With Western spiritualists throwing around the word "shaman" as freely as "energy," "entity," and "vibrations," we decided to explore the term's roots.

In short, what's become a pretty general term isn't general at all. The actual word "shaman" is derived from the Siberian Tungusic word for a spiritual leader, or "one who is raised." As it became more widespread, the title of shaman was used interchangeably with "medicine man," "medium," and "healer." Indigenous communities around the world, from Central and Northern Asia to North America to Central and South America, practiced various forms of shamanism. Most famously, shamans were known for their ability to communicate with the dead. It's believed that, through ceremony, they would enter a trance, an altered state of consciousness, and thus cross over. These rituals, in which shamans would reach spiritual ecstasy, consisted of drumming, singing, dancing, or varieties of witchcraft (which usually involve herbal work, animal magic, and invoking the spirits).

They'd also use their connections with the other side to see the future and heal community members. It wasn't uncommon for shamans to treat both physical and emotional ailments — it's been suggested that a shaman's role within his or her community was, in part, to help others understand and cope with their grief. With the arrival of organised religion, the prevalence of shamanic practices waned. Vilified and outlawed as "black magic," shamanism has since taken on a mystical, esoteric air. Of course, there are still indigenous people who practice it, but the push from prominence to obscurity is what has led to shamanism's current status as a go-to, vaguely otherworldly term for Western spiritualists. Simply put, the word "shaman" has culturally specific, historically rich roots. It certainly should not be used as a catch-all descriptor for someone who runs a therapeutic bath house in Brooklyn — we'll just have to come up with another word for that line of work.