SELFFAMILYSOCIETYHUMANITYEARTHUNIVERSEDIVINE
Home/What is a 'brain orgasm' (and why does it feel so good?)

What is a 'brain orgasm' (and why does it feel so good?) 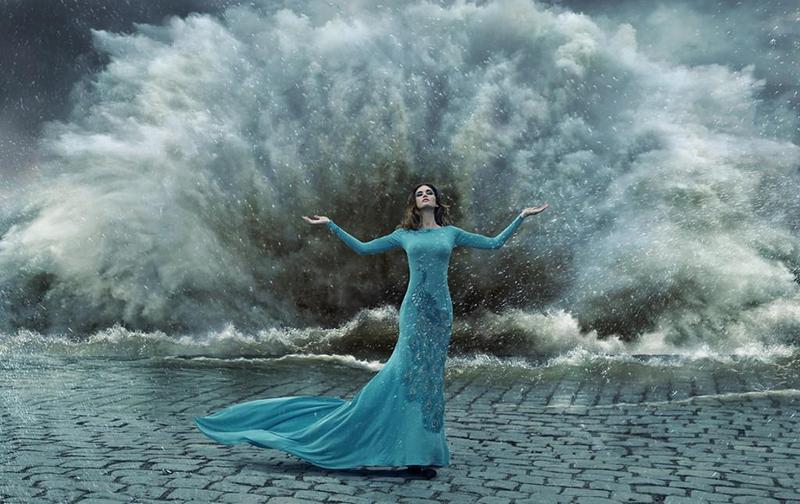 Millions of people are viewing YouTube videos of people whispering, crinkling bags and tapping on a variety of surfaces.

The people who create this content have become Internet celebrities, amassing hundreds of millions of views.

Welcome to the world of ASMR.

ASMR is short for autonomous sensory meridian response, a mysterious physical sensation that occurs in response to certain stimuli. It’s described as a pleasurable tingling that begins in the head and spreads down the spine, and while it’s often referred to as a “brain orgasm,” people who experience are quick to point out that it’s not remotely sexual.

“This about as sexual as saying eating chocolate is orgasmic (in that it's not sexual),” the ASMR subreddit clarifies.

The pleasant sensation can be caused by a variety of stimuli — touches, scents, sights — but certain sounds seem to be the most universal triggers. Take, for example, the surprisingly enjoyable sound of someone playing with coffee beans.

In fact, it was a video simply titled “whisper” that introduced Maria, a Russian expat whose YouTube channel GentleWhispering has nearly 500,000 subscribers, to ASMR in 2009.

Maria, who goes by her first name only for security reasons, was going through a divorce and struggling with depression, so she searched for relaxation videos to help her sleep and stumbled across a video of a woman whispering into the camera.

“And as soon as I heard the lady’s voice, I just got showered with tingles,” Maria told The Washington Post. “It was so great.”

Maria began to watch ASMR videos whenever she felt stressed, and in 2011, she started making her own.

In some, she simply whispers into microphones, often repeating soothing phrases like, “You are appreciated.” She may pretend to massage the viewer’s temples or lightly brush their cheeks with feathers.

In other videos, she assumes roles, such as that of a hair stylist or flight attendant. She flips through a magazine, runs her fingers over a selection of tea bags, taps on surfaces, brushes her hair and even folds towels.

Other creators of ASMR videos — who call themselves "ASMRtists" — may assume the role of travel agents, speaking softly as they take you through the details of an upcoming vacation. Many simulate giving the viewer haircuts or manicures. Some demonstrate how to make coffee or elaborately fold napkins. Others are simply lengthy videos of crinkling bags or tapping fingernails.

There are even a number of videos that elicit tingles and shivers that weren’t created with that intention. Countless ASMR experiencers cite Bob Ross’ painting videos as their first experience with the pleasing sensation.

For viewers who don't experience what Maria describes as “goosebumps on your brain,” these videos can seem strange or even irritating. But for those who do experience ASMR, they’re often life changing.

Maria has received thank-you notes from people who suffer from anxiety, insomnia and PTSD who say her videos have brought them much-needed comfort

While scientists have studied frisson, the chills we sometimes experience when listening to music, ASMR isn’t the same. Little is actually known about it, and there are currently no published studies on the phenomenon.

Dartmouth student Bryson Lochte did an neuroimaging study on it as part of his senior honors thesis, the results of which are highly anticipated.

“Even though I’ve never experienced ASMR, I had a gut feeling that were doing something unique in the brain,” he told The Atlantic.

Lochte’s research hasn’t been published yet, but he recently talked about his study with Craig Richard, a researcher at Shenandoah University and the founder of a blog called ASMR University.

“If you don’t experience it, and there’s no published research, I think it’s appropriate to be skeptical,” Richard said. “I don’t know if I would believe it if I didn’t experience it myself.”

Steven Novella, a neurologist at Yale University, says he’s “inclined to believe” that ASMR is real despite the lack of scientific studies. “There are a number of people who seem to have independently … experienced and described the same syndrome with some fairly specific details,” he writes. “In this way it’s similar to migraine headaches — we know they exist as a syndrome primarily because many different people report the same symptoms.”

Tom Stafford, a University of Sheffield psychology professor, has compared ASMR to synesthesia. “When you've got something like this that you can't see or feel, and it doesn't happen for everyone, it falls into a blind spot. It's like synesthesia — for years it was a myth, then in the 1990s, people came up with a reliable way of measuring it.”

Could intimacy be the key?

While we don’t know for certain why some people experience pleasant chills in response to whispers, taps and other stimuli, Richard says we do know some things.

“A lot is known about the physiological states associated with ASMR — relaxation, euphoria, comfort,” he told The Washington Post. “It’s the same molecules involved when an infant is comforted by its mother. ... It’s endorphins, it’s oxytocin, it’s serotonin."

Maria agrees that the comforting aspect of her videos is definitely part of the draw. She thinks her videos, which provide the illusion of having her undivided attention, make people feel cared for. In fact, this close, personal attention could even be part of what triggers ASMR.

People report experiencing it in real life when they get a haircut or an eye exam, and there’s certainly an element of intimacy in the ASMR videos you’ll find on YouTube. Many “ASMRtists” use binaural audio to create a sense of 3-D sound, making it seem as if the speaker is right next you, and viewers often recommend listening to such videos while wearing headphones to better experience the sensation.

“We are highly sensitive to close stimuli. When someone whispers in your ear, that will certainly quicken your heart rate and grab your attention,” David Huron, a professor at Ohio State University, told The Atlantic. “To the auditory system, breathiness is a proximity cue, so high breathiness is heard as symptomatic of intimacy.”

Do these videos or others have an effect on you?